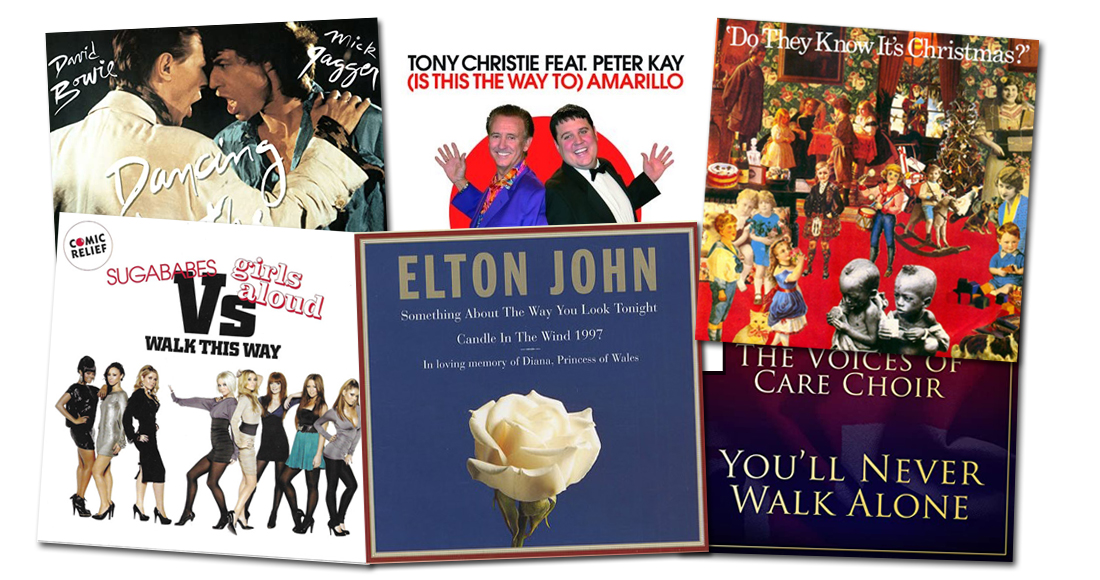 The charity single is an institution that is a more recent phenomenon than you might think.

The first song widely recognised as a purpose-made charity single was released in 1971 by George Harrison; his track Bangla Desh raised money for UNICEF to help refugees following the 1970 Bhola cyclone and the Bangladesh Liberation War. The song, which reached Number 10 on the Official Singles Chart, was centrepiece of his charity Concert for Bangladesh held in New York.

Since then hundreds of charity records have been released, seen as both a tool to inspire the public to donate to cause and an easy and relatively inexpensive way for individuals to contribute.

57 charity records have reached Number 1 on the Official UK Singles Chart, with the first being Do They Know It's Christmas? by Band Aid in 1984. Led by Bob Geldof and Midge Ure, the supergroup - including George Michael, Duran Duran and Boy George - released the song to raise money for anti-famine efforts in Ethiopia. The single was recorded in just 24 hours and massively exceeded initial expectations, topping the chart for 5 weeks and claiming that year's Official Christmas Number 1. Its sales to date stand at 3.8 million, making it the second bestselling single ever in the UK.

Three more versions of the Do They Know It's Christmas? with different performers - released in 1989, 2004 and 2014 - have also reached Number 1, making it one of three songs that have had four different versions go to Number 1 (the other two being Unchained Melody and You'll Never Walk Alone).

There's one charity single that was even bigger than the original Band Aid: Elton John's Candle In The Wind 97/Something About The Way You Look Tonight. Released after the death of Diana, Princess of Wales, the single was released to raise money for her memorial fund and has sold 4.93 million copies to become the UK's all-time bestseller.

Charity singles released for TV charity marathon Comic Relief are also among the most successful, notching up 13 chart-toppers, starting with the event's first, Cliff Richard's Living Doll, in 1986. While many Comic Relief singles are by big-name acts of the time, including Spice Girls and Boyzone, to drive sales, several are comedy songs inkeeping with the spirit of the charity. In 2003 Gareth Gates collaborated with TV funny family The Kumars for a cover of Spirit In The Sky, and in 2005 comedian Peter Kay teamed up with Tony Christie to re-release (Is This The Way To) Amarillo, which became that year's best-selling single. 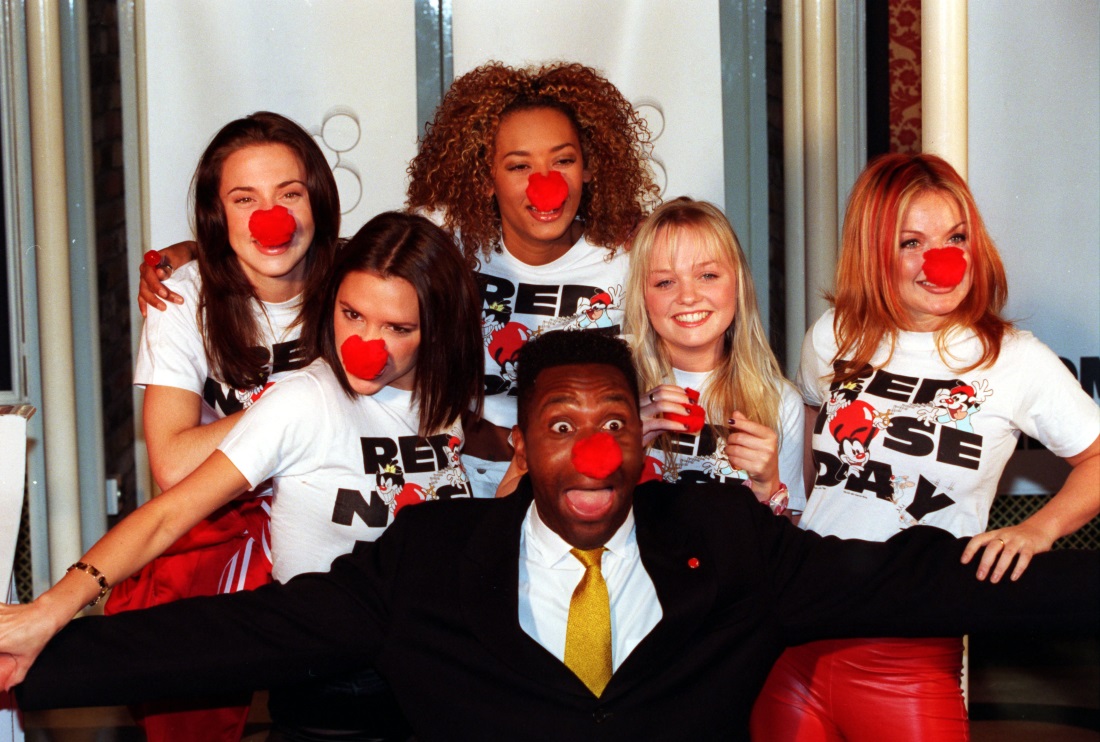 Recent years have seen YouTuber and dad-blogger LadBaby score two consecutive Christmas Number 1s in 2018 and 2019, raising money for foodbank charity The Trussell Trust, and in April this year, 99-year-old war veteran Captain Tom Moore topped the Official Chart with Michael Ball collaboration You'll Never Walk Alone. After raising more than £29 million for the NHS during the coronavirus crisis, he teamed up with his favourite singer on the track, which debuted at Number 1 on the Official Singles Chart, making Captain Tom the oldest artist to score a Number 1 single in UK chart history.

Every Number 1 charity song on the Official UK Singles Chart

Listen to every Number 1 charity single on our Spotify playlist below.