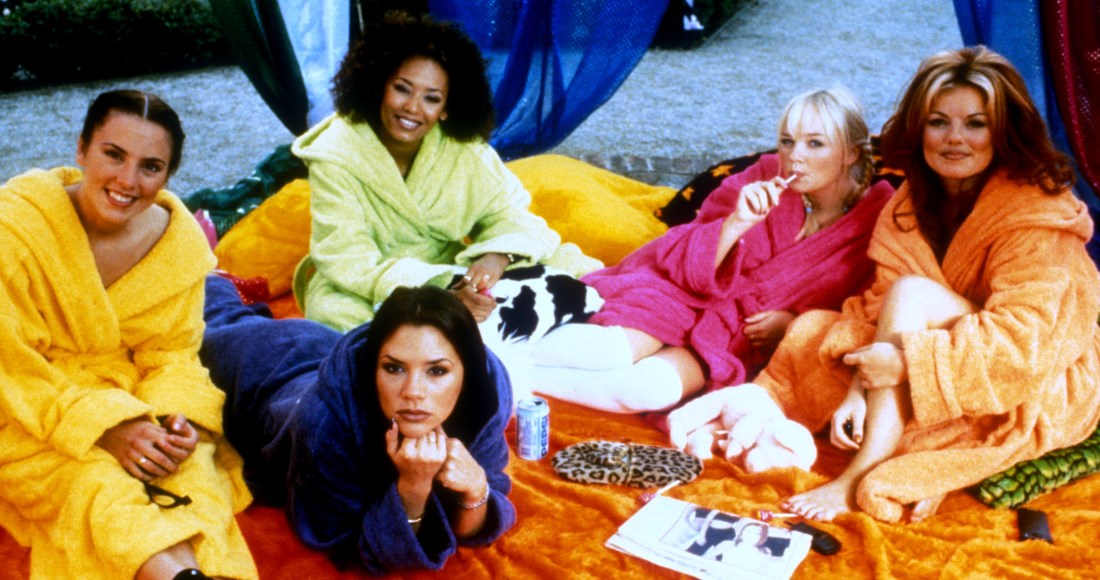 June 26 is the day Spice Girls first released their debut single Wannabe (in Japan), 24 years ago in 1996.

To mark the day that Baby, Ginger, Posh, Scary and Sporty exploded onto the scene, we've rounded-up 24 Official Chart facts about the iconic group and their solo careers.

1. With nine Number 1s on the Official Singles Chart, Spice Girls are the girl group with the most chart-topping singles, ahead of Sugababes on six and All Saints on five.

2. Spice Girls rank joint ninth for acts with the most UK Number 1 singles. Among groups, only three - The Beatles, Westlife and Take That - have more Number 1s than them.

3. Wannabe is the seventh best-selling debut single of all time, with 1.31 million CD single and download sales. The only group to score more sales with their debut single are Frankie Goes To Hollywood with Relax.

4. Wannabe is Spice Girls' best-selling song, and the biggest girl group track ever.

5. Wannabe is Spice Girls' most streamed song too, with 65.8 million streams.

6. The longest-reigning Number 1 single by a girl group? It's Wannabe, with seven weeks! However, including all multi-female acts, duo Shakespears Sister claim the distinction with Stay, which led the Official Chart for eight weeks.

7. Two Spice Girls songs have sold over one million copies, Wannabe and 2 Become 1.

8. We get asked this every time we write about Spice Girls, so here is the latest Say You'll Be There sales update! Spice Girls' second chart topper has still not yet reached one million paid-for sales - its tally currently stands at 968,244.

9. The fastest-selling single ever by a girl group is 2 Become 1. 462,000 copies of the song were bought in its first week on sale.

10. 2 Become 1 was the first of three consecutive Christmas Number 1 singles for the Spice Girls in 1996. The others are Too Much and Goodbye. The only other act to pull off this feat are The Beatles.

12. Spice Girls are one of only eight acts to have multiple double A-side Number 1 singles. They are Mama/Who Do You Think You Are and Holler/Let Love Lead The Way.

13. Spice Girls became the first act to peak at Number 1 with their first six singles. Westlife beat their record when My Love bumped Spice Girls' Holler/Let Love Lead The Way from the top spot in November 2000 to become their seventh consecutive chart topper.

14. Spice Girls' debut album Spice is the biggest ever by a girl group in UK chart history. Follow-up Spiceworld is the second.

15. Spice is also one of only eight studio albums to feature four or more UK Number 1 singles.

16. Emma, Geri, Mel B, Mel C and Victoria's first album spent more weeks at Number 1 (15) than ones by any other girl group.

17. Despite being their only single to miss Number 1 during their original run, Stop is actually Spice Girls' second-most popular song on streaming, with 21.5 million plays.

18. No solo Spice album has managed to top the Official Chart. Emma Bunton, Geri Halliwell and Mel C are tied for the highest charting solo album - their debut albums A Girl Like Me, Schizophonic and Northern Star all peaked at Number 4 on the Official Albums Chart.

20. Despite not reaching Number 1, the solo Spice single that has sold the most copies is When You're Gone by Melanie C. The Bryan Adams duet has paid-for sales of 755,000.

21. The Spice Girl who claimed the most first-week sales for one of their Number 1s? That's Geri Halliwell; 154,811 of you picked up It's Raining Men in the first week it was released in May 2001.

22. However, the overall fastest-seller is Victoria Beckham's Out Of Your Mind. Featuring on True Steppers' track alongside Dane Bowers, OOYM shifted 180,884 in its first seven days on sale, but was beaten to the top by Spiller (and Sophie Ellis-Bextor)'s Groovejet, which sold 202,591.

23. Mel B was the first Spice Girl to score a solo Number 1 single, with her Missy Elliott collaboration I Want You Back in September 1998.

24. Melanie C is the only act in Official Chart history to claim a Number 1 single by herself, with a collaboration, and in a quartet and quintet. She also had an uncredited role on The Justice Collective's He Ain't Heavy, He's My Brother who scored the 2012 Christmas Number 1.