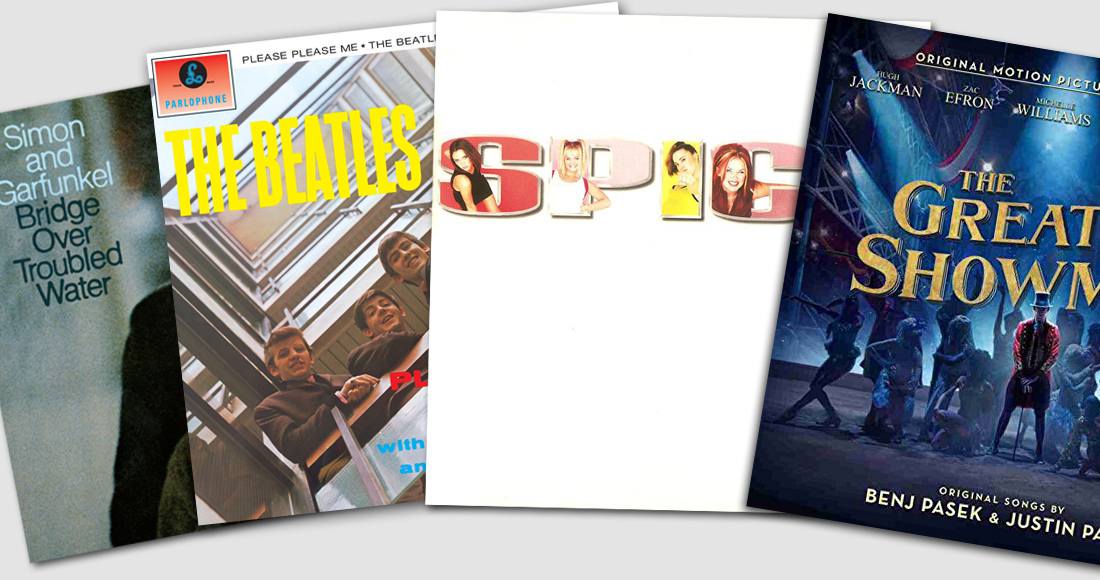 Which albums have spent the longest at Number 1 on the UK's Official Albums Chart?

When it comes to artist albums, Simon and Garfunkel's classic record Bridge Over Troubled Water leads the way - it notched up a staggering 33 weeks at Number 1 between 1970-1971.

The Beatles feature five times on the all time longevity chart; their debut album Please Please Me spent a whopping 30 weeks at the top spot, and holds the record for most consecutive weeks at Number 1 in history for an artist album. The Fab Four also have mainstays in With The Beatles, A Hard Day's Night, Sgt Pepper's Lonely Hearts Club Band and Abbey Road, with the latter pair returning to Number 1 following 50th anniversary reissues. Abbey Road now holds the chart record for the longest time between stints at Number 1.

Modern favourites such as Adele's 21 and Ed Sheeran's ÷ also feature, as do soundtracks and cast recordings from the likes of South Pacific (the overall Number 1), The Sound of Music and The Greatest Showman that were previously eligible for the Official Albums Chart.