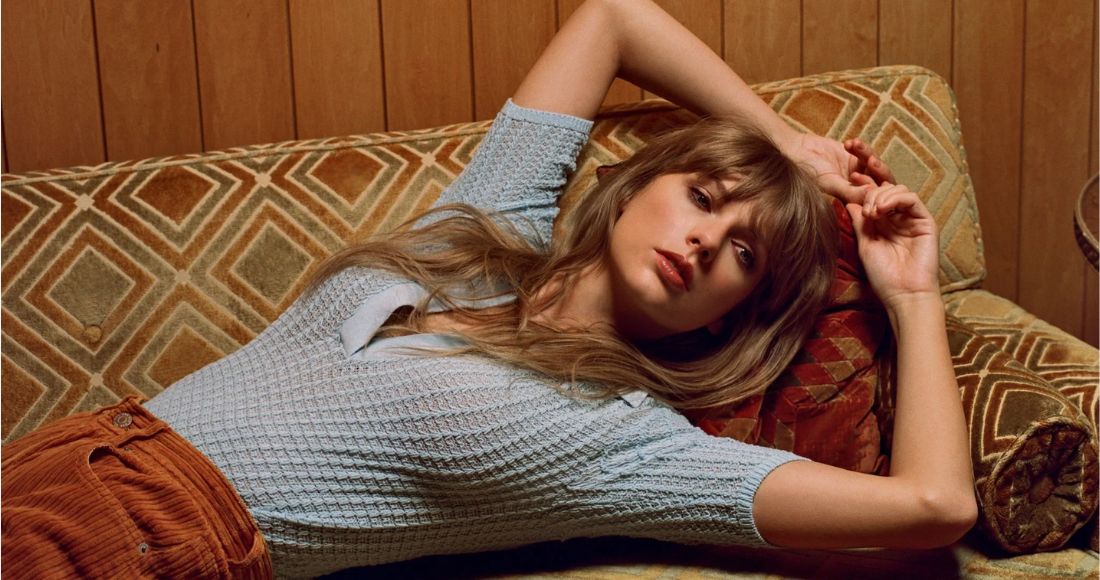 Taylor Swift clings to the summit of the Official Singles Chart for a fifth consecutive week, Anti-Hero is once again the most-streamed song in the country, amassing over 5.2 million streams over the past seven days.

Anti-Hero is in fact the longest-running female Number 1 single since Olivia Rodrigo spent five weeks at the summit with Good 4 U across summer 2021. See Taylor Swift’s Official Charts history in full here.

MORE: Black Friday - Get 10% off our online shop

Elsewhere inside the Top 10 this week, Meghan Trainor’s comeback continues to steam ahead with full force as Made You Look reaches yet another peak at Number 3. Will it challenge for the top spot in the coming weeks? If Made You Look continues its climb, it could be in with a shot at the Christmas Number 1, see all the Christmas Number 1 2022 contenders hoping to clinch the title.

Anne-Marie and Aitch are on the rebound with PSYCHO, returning to its previous peak of Number 6. North London rapper Clavish arrives in a big way this week with his breakout hit Rocket Science featuring D-Block Europe entering at Number 9, becoming the highest new entry of the week. It’s Clavish’s first UK Top 10 – and indeed Top 40 – and D-Block Europe’s second.

Bugzy Malone earns the highest-charting song of his career thus far as Out Of Nowhere with Sheffield rapper TeeDee jumps five to a new peak of Number 13. Dermot Kennedy is celebrating a second UK Number 1 album today with Sonder, and the LP’s biggest hit, Kiss Me, is up six to a new high of Number 15.

After Mariah Carey’s record-breaking return to the Official Charts last week, the singer is on the rise and she’s bringing some Christmas classics with her! All I Want For Christmas Is You is this week’s big gainer, up a massive eighteen places (18), while fellow Number 1 hits, Wham!’s Last Christmas (23) and Ed Sheeran & Elton John’s Merry Christmas (40) re-enter the wider Top 40. Could they be in with a shot at this year’s coveted Christmas Number 1?

It’s great news for Raye this week, as the pop starlet returns to the Official Singles Chart Top 40 with Escapism entering at Number 31. A collaboration with American electronic artist 070 Shake, the track has recently gone massively viral on TikTok. It becomes Raye’s 10th Top 40 hit, and her first as an independent artist.

Bolstering the success of Respect The Come Up on the Official Albums Chart, Meekz’s link-up with none other than Santan Dave himself, Fresh Out The Bank, is our final new entry at Number 35, the first-ever Top 40 single for the Gorton MC.

Finally, JVKE’s break-out hit Golden Hour is up four (36) and Eminem’s Mockingbird continues to reap the rewards of a viral second wind (37).