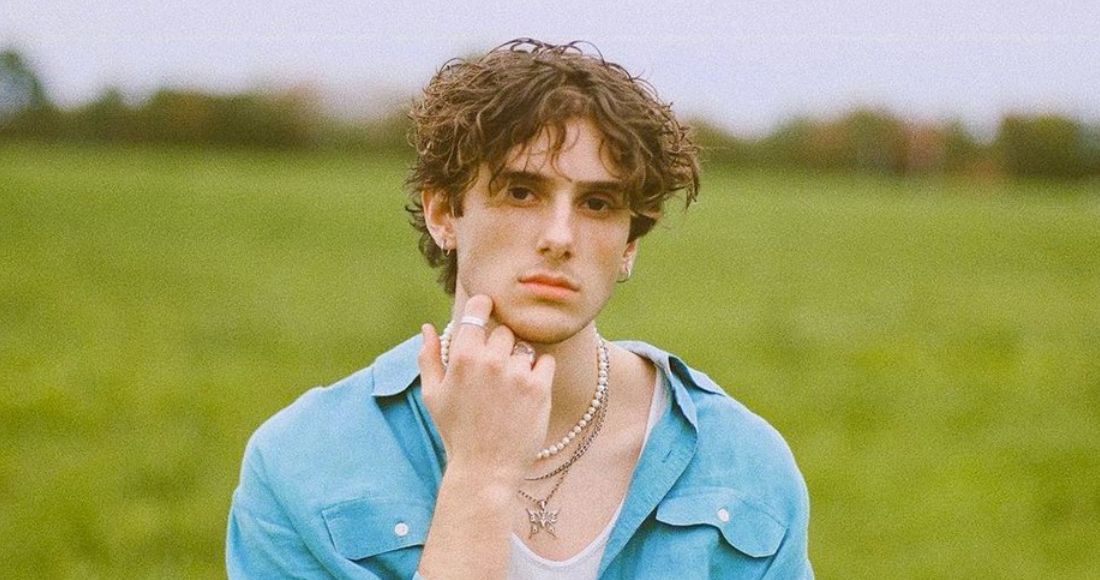 We have TikTok to thank for more than a few UK Number 1 singles this year; from Gayle's bratty anthem abcdefu, David Guetta & Bebe Rexha's I'm Good (Blue) (resurrected from an abandoned 2017 demo after going viral on the video-sharing platform) and even Kate Bush's record-breaking return to the charts with Running Up That Hill, after users on the site took the use of the song in the newest season of Stranger Things and ran with it.

And now we just may be viewing the rise of another TikTok anthem to the top of the Official Singles Chart - namely, JVKE's Golden Hour.

A tender piano ballad with a succinct hip-hop influence, that sees JVKE recount the hopeful blossoming of a relationship ("it was just two lovers...listening to Blonde") that seems enshrined in his mind ("she's got a glow on her face...a glorious look in her eyes...") that manages to name-check about Frank Ocean and Childish Gambino, as well as Kacey Musgraves' magnum opus of the same name (because that's definitely what golden hour refers to right? Right.).

JVKE is the stage-name of 21-year-old Jacob Lawson, who hails from Providence, Rhode Island in the US. Golden Hour is not his first single - indeed, he released two singles last year and a debut LP, This Is What ____ Feels Like Vol 1-4 this September) but it's for sure the song that's getting him noticed on a global scale.

Already a well-known presence on TikTok, Golden Hour proved to be JVKE's golden ticket to more visibility, thanks in parts to a hugely successful video that saw him play the song on the piano for his childhood piano teacher. All together now: awwwwwww.

Given a big push by this, Golden Hour made its debut in the Top 40 of the Official Singles Chart last week, marking Lawson's first career entry into the UK's Official Charts. It rose through the ranks quickly - jumping from 58 to 40 in just four weeks - and it looks set to continue this week, currently pacing to rise to a new peak of Number 38.

With Christmas around the corner, of course, there's nothing the UK loves more than an underdog story. Forget Mariah and LadBaby...could we maybe be looking at a candidate for this year's Official Christmas Number 1?

Golden Hour is out now.