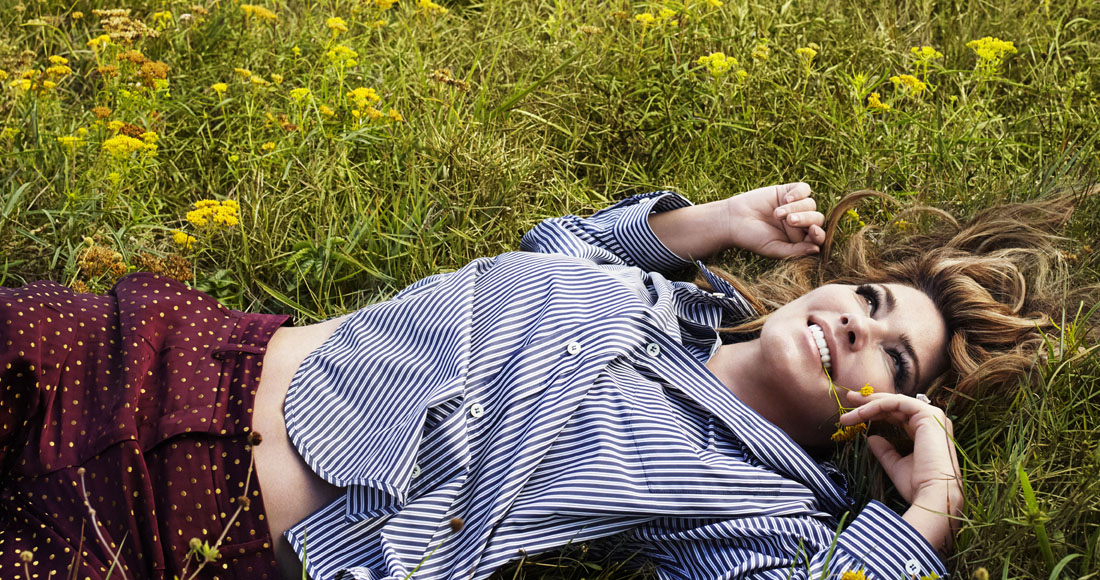 After a hotly contested week-long tussle, it’s Shania Twain who wins this week’s battle for Number 1 over Wolf Alice on the Official Albums Chart.

Despite the North London band leading the way on Monday’s Official Chart Update, country-pop superstar Shania has pipped them to the post with her new album, Now, finishing ahead by 764 combined sales.

Earlier this week, Wolf Alice’s drummer Joel Amey urged fans to buy their latest record, Visions Of A Life, saying he was “proud” of what they’d made and recalled a story in which he was forced to line dance to Shania’s 1999 hit Man! I Feel Like A Woman, comparing the memory to Stephen King’s horror novel/film It.

Labour leader Jeremy Corbyn later weighed in on the battle, pledging his support for Wolf Alice, while Niall Horan was backing Shania, describing the singer as his “favourite person in the world”.

Now becomes Shania’s second Number 1 album in the UK, 18 years after she last hit the top spot with Come On Over in 1999. That album went on to become one of the UK’s biggest selling records of all time, with 3.4 million pure sales to date. The star will be returning to the UK for the first time in 13 years next September for a string of UK arena shows – tickets are on sale now.

Now is the second Number 1 album by a female artist released this year in the UK, after Lana Del Rey’s Lust For Life debuted at the top back in August.

Meanwhile, Wolf Alice’s Visions Of A Life settles for second place and becomes their second album to debut at Number 2.

Two more albums make strong debuts this week; David Gilmour earns his fourth Top 10 with Live At Pompeii, which debuts at 3, followed by Demi Lovato's latest collection Tell Me You Love Me at Number 5 - a personal Official Albums Chart best for the singer.

Elsewhere in the Top 10, Miley Cyrus notches up her fourth Top 10 album with Younger Now at 8, the new Halloween-themed Michael Jackson album Scream lands at 9, and Feeder's The Best Of retrospective debuts at Number 10.

Just outside the Top 10, Road Songs For Lovers by singer-songwriter Chris Rea is new at 11, ABBA legend Benny Andersson opens at 12 with his latest solo album Piano, and after Tom Petty’s untimely death this week, Tom Petty & The Heartbreakers’ Greatest Hits re-enters at 14 – a new peak for the collection that previously topped out at 18.

MORE: Look back over every Official UK Number 1 album ever

Further down, a new David Bowie collection titled A New Career In A New Town 1977 - 1982 is at 19, Manchester duo Hurts land at 21 with their fourth collection Desire, and Jamie Lawson's second album Happy Accidents enters at 23.

Finally, the cast recording of new play Girl From The North Country (28), Black To Blues by US rock group Blackstone Cherry (29), Disstracktions rapper/YouTuber KSI (31), and Time by Sheffield alt-rockers Milburn (33) all earn a place in this week’s Official Albums Chart Top 40.

Remind yourself of every Official UK Number 1 album of 2017 below: