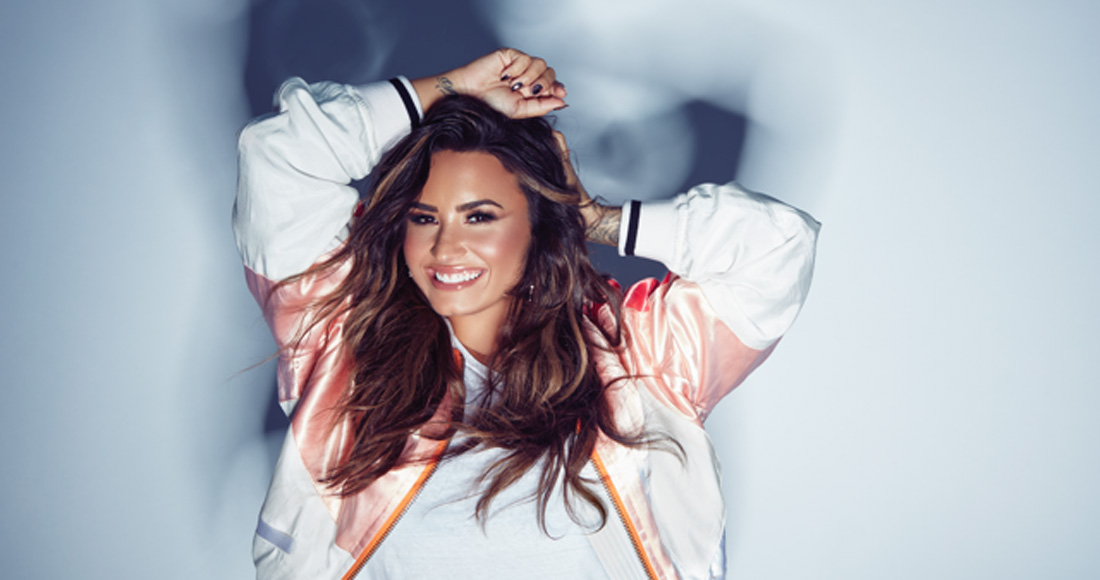 Demi Lovato is in familiar surroundings when we phone her up for our interview - a hotel. Specifically, one in New York, where she tells us the city landscape is looking misty. "I know some people hate them, but I actually don't mind hotel rooms at all," she tells us. "They've become like second nature to me - and they clean your room for you every day."

2017 has seen the singer-songwriter break new ground in the UK, guesting on two huge dance tracks, Cheat Codes' No Promises and Instruction by Jax Jones, before scoring a Top 10 all on her own with Sorry Not Sorry.

"This year has been so incredible for me," she said, "and I was so happy to be able to release new music and that it's doing well - that's always a plus."

For the first half of 2017, you were pretty much flying the flag for female popstars on the charts on your own. What do you think was going on there?

"Well thank you. Yes there has been a bit of a shortage of female vocalists this year, and I'm proud to have been one of them. I've been filling in the holes! I wasn't so sure about the UK, but it was definitely happening here in America, too."

You've featured on two big dance tracks this year. Are we calling this a reinvention?

"Not really. I think that to reinvent you have to completely and purposefully change what you've been doing and for me it's come organically and naturally. To change my sound a little bit, I've been singing more R&B and soulful music under pop. It's just that my music has evolved, not necessarily changed."

How did the Cheat Codes and Jax Jones singles come about? It seemed like a well-played tactic to put you in front of a new audience...

"It was definitely something new. Cheat Codes and I performed in South America years ago. I was a fan of their music ever since and they asked to collaborate. I heard the song and it was just a given that I should do it. Jax Jones came through management that I thought was a really cool opportunity. I had so much fun doing that one - there's so much attitude and sassiness in that song."

Last year you said you were taking a year off and possibly quitting music for good. What changed?

"I got a Grammy nomination and I felt like it was God's way of saying you're on the right path. Stay strong at what you do and work hard. I'd got fed up with the media twisting my words and making me sound a certain way. When I got the Grammy nomination it changed things for me."

Being nominated for Best Pop Vocal must have been pretty reassuring as far as thinking 'am I doing the right thing here?' goes.

"I was so honoured to be in that category because it's all about vocal performance, so I was very excited. It reassured me and filled me with confidence."

When you decided to go for it and make album six, what did you hope achieve? Was there any kind of 'mission statement'?

"It's been a year and half in the making, which is quick for some people and long for others. It came together at the end pretty quickly. I'd been writing for a while so I knew what songs I wanted on the final track listing. I was very confident this time around so I just went for it."

MORE: See where all of Demi's singles and albums have charted in the UK

What's the best song on Tell Me You Love Me?

"I really love Lonely, which I did with Lil Wayne. It's about how everyone feels alone at some point in their lives. I wanted to write a song that was expressing the emotions I was feeling with this break up, and at the same time embody someone's emotions around feeling pain for being lonely."

You're now 15 years into your career and you're now at the point where you've built up a solid catalogue of hits. Go on, which is your favourite?

"I'm really proud of Sorry Not Sorry. My favourites are always going to be the ones with just me, because I'm so proud of them."

Demi Lovato's new album Tell Me You Love Me is out now.