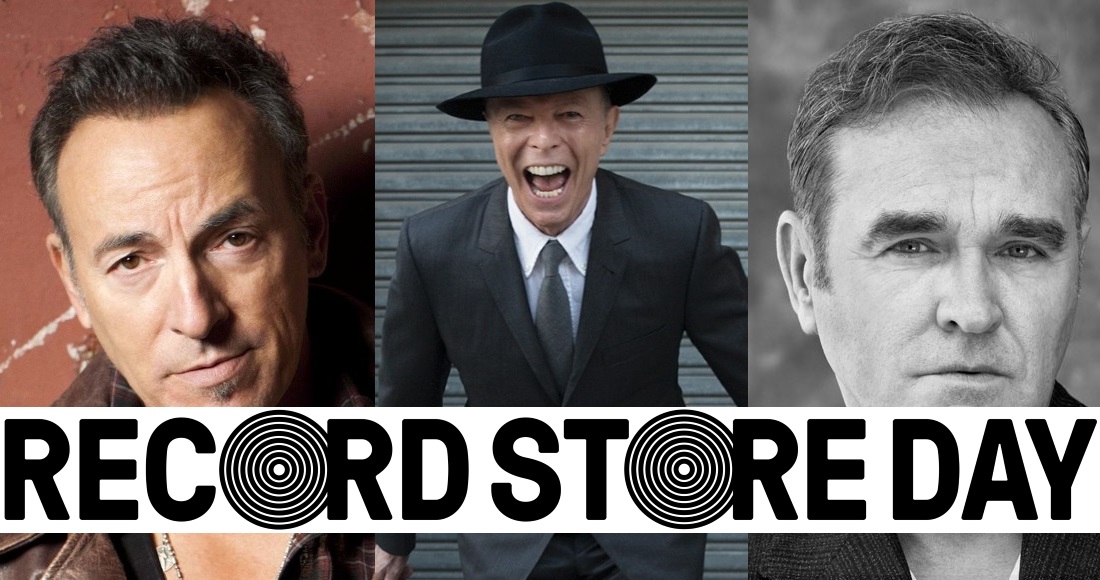 Record Store Day 2017 was another huge success that saw avid vinyl fans queuing in the wind and rain in the early hours of the morning on Saturday (April 22) to get their hands on some elite, limited edition records. While some will have missed out, many of you across the UK snapped up what you wanted.

And that's where we come in. We today reveal the Top 5 biggest selling vinyl singles and albums of the weekend based on data reported to Official Charts, and it should come as no surprise to see David Bowie is the leading man of #RSD2017.

The Starman's No Plan EP qualifies for the Official Singles Chart and was given special RSD treatment, issued in clear blue vinyl, complete with etching. When sales of the traditional black variant also released on vinyl 12" on Friday are included, the EP rounded out the weekend as the biggest selling vinyl single. The EP hit the Official Singles Chart Update Top 40 yesterday.

Interestingly however, if only sales of the David's RSD exclusive variant are counted, it is The Smiths' The Boy With The Thorn In His Side that tops the list.

MORE: The biggest vinyl albums and singles of 2017 so far

Behind Bowie on the singles front are The Smiths' The Boy With The Thorn In His Side, Pink Floyd's Interstellar Overdrive, U2's Red Hill Mining Town picture disc and The Beatles' Strawberry Fields Forever.

Record Store Day organisers ERA (the Entertainment Retailers Association) will provide a full analysis of RSD UK later this week, with a look at sales figures, the new stars of Record Store Day, and insight from indie retailers about the sheer number of fans who came to their stores across the country.

MORE: The trade income of UK record labels is the highest it's been in five years

The best-selling vinyl albums of Record Store Day 2017 are:

The best-selling vinyl singles of Record Store Day 2017 are: