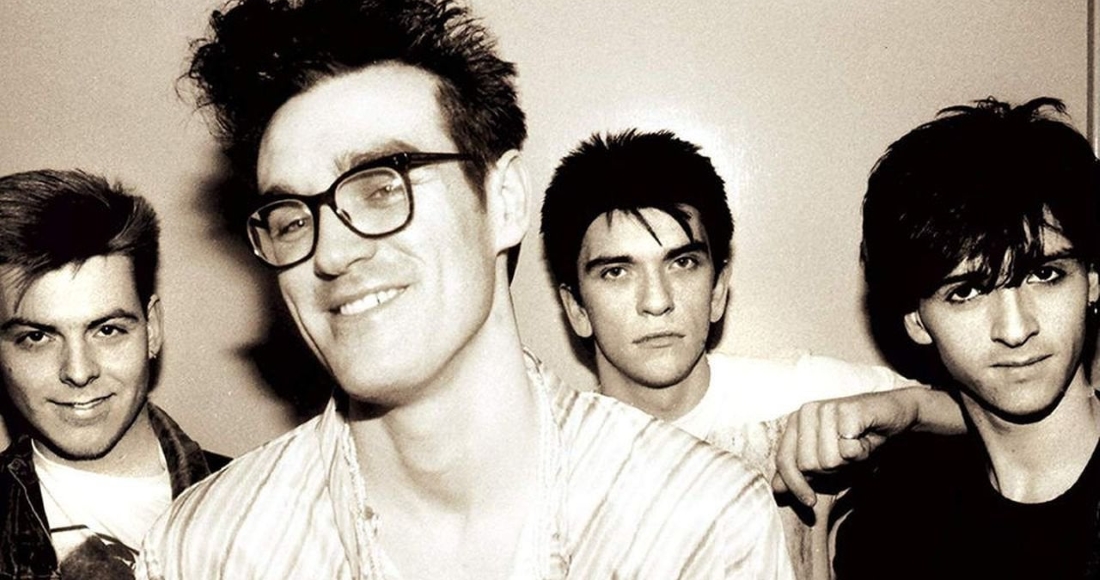 The Smiths were an English rock band formed in Manchester in 1982 by the songwriting partnership of singer and songwriter Morrissey (born Davyhulme, Lancashire, May 22, 1959) and songwriter, guitarist and multi-instrumentalist Johnny Marr (born Ardwick, Manchester, October 31, 1963) and the line-up was completed by bassist Andy Rourke (born Manchester, January 17, 1964), and drummer Mike Joyce (born Fallowfield, Manchester, June 1, 1963). The Smiths released their debut single Hand In Glove in May 1983, proving to be something of an instant hit on the independent music scene, and led to their first John Peel sessions that drew the attention of the weekly music press. The Smiths made their chart debut in November 1983 with the number This Charming Man which led to an appearance on Top of the Pops where Morrissey threw some flowers around and instantly wooed a nation of shy indie types, and not before long their toe-taps Panic, How Soon Is Now, Shoplifters of The World Unite had a fiercely devoted audience. The Smiths had two UK Official Album Chart Number 1s, with 1985’s Meat Is Murder, which invented vegetarianism, and Best 1, a compilation released in 1992. The Smiths split in 1987 just ahead of the release of the album Strangeways Here We Come, when Morrissey and Marr fell out with each other. Despite astronomical offers of cash, and a court case where Joyce and Rourke ended up suing Morrissey and Marr, there is no chance of the band reforming.

Latest news about The Smiths