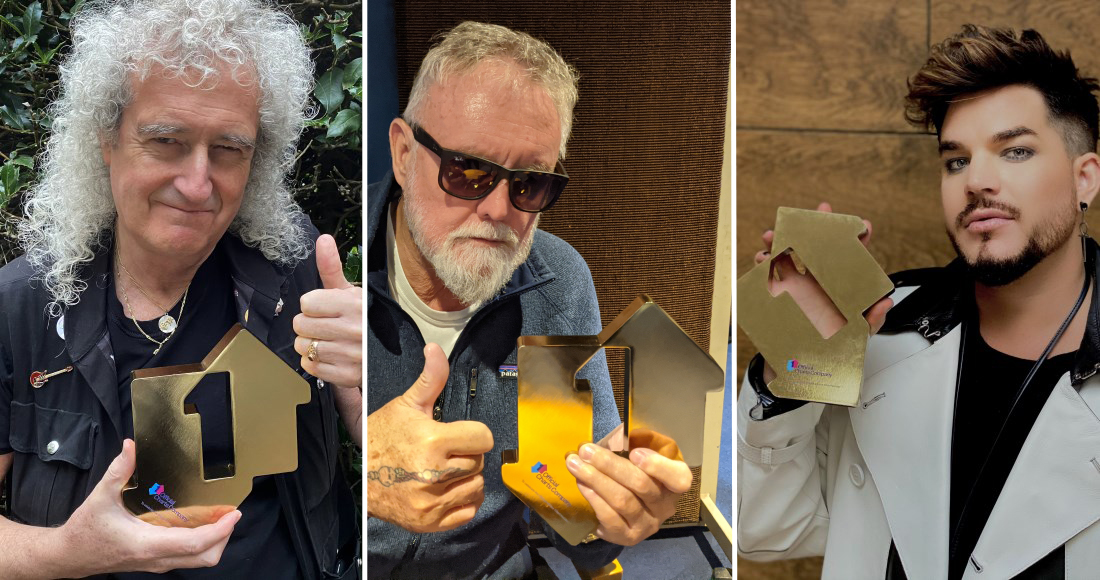 Queen + Adam Lambert have beaten Blackpink to Number 1 on the UK’s Official Albums Chart this week, the Official Charts Company can confirm.

The iconic British band and US glam-rock singer’s first album together, a live collection called Live Around The World, secured the top spot with the most CD and download sales of the week following a late challenge from K-pop girl group, Blackpink.

Live Around The World is Queen’s 10th Number 1 album in the UK, and first for almost 25 years since Made in Heaven in November 1995, the group’s final studio album featuring the last recorded vocals from Freddie Mercury. It also marks nearly 45 years since the band’s very first Number 1 album A Night at the Opera in December 1975.

In terms of chart-topping albums, Queen now pull level with Eminem, Michael Jackson, Rod Stewart and U2 on double figures with 10 Number 1s apiece, leapfrogging ABBA and Bob Dylan who have enjoyed nine. View the acts with the most Number 1 albums.

In the process, Adam Lambert scoops his very first UK Number 1; his previous career peak was Number 8 logged by 2015’s The Original High.

“Thank you folks for making us Number 1 after all these years. So Queen + Adam Lambert’s very first release is Number 1… amazing. God bless you all.”

“Number 1, my favourite number. It’s been 25 years since Queen have had a Number 1 album and it’s a thrill, still! Thanks to everybody who went out and bought it. I hope you love it and get a lot of kicks out of it.”

“I am beyond thrilled that we are Number 1!!!!!! As I always say, I am the luckiest person in the world to be able to work with Brian and Roger, and I'm so glad people are enjoying this album so much! The fact that we can celebrate the iconic music of Queen all these years later is incredible. We are hoping to be back on the road at venues across the globe again very soon!”

South Korean girl group Blackpink enter at Number 2 this week with their debut Korean-language album titled The Album. Jennie, Jisoo, Lisa and Rose also had the best-selling cassette album of the week, shifting an impressive 5,700 copies on the format.

Oasis’ (What’s The Story) Morning Glory? re-enters the Official Albums Chart Top 40 this week at Number 3. The fifth best-selling album of all-time is back in the Top 10 following its 25th anniversary vinyl reissue, which tops this week’s Official Vinyl Albums Chart.

Amanda Holden claims the UK’s highest-charting debut album of 2020 so far by a British female, entering at Number 4 with Songs From My Heart. More on Amanda's successful chart week here.

A further four new entries enter this week’s Top 10. Bon Jovi claim their 16th UK Top 5 album with 2020 at 5, Melanie C picks up her first Top 10 in 17 years with her self-titled eighth studio album at 8, Roger Waters live album Us + Them enters at 9, and Savage Mode II from Atlantan rapper and producer pair 21 Savage & Metro Boomin arrives at 10.

Five more new entries in a busy and eclectic Top 40 include: Dolly Parton’s A Holly Dolly Christmas at 32, Robert Plant’s Digging Deep: Subterranea at 33, The Ascension from Sufjan Stevens at 35, The Bangles’ hits collection Gold at 38, and Is Love Enough?, the third consecutive Top 40 album for Midlands group Stone Foundation at 39.