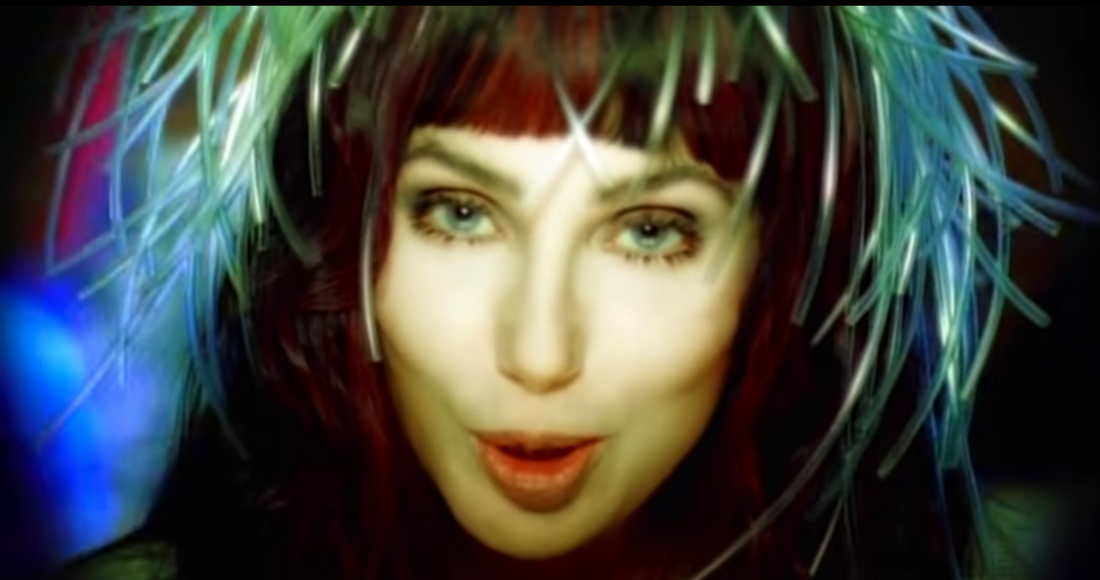 It's exceedingly rare for an artist to return from a period in the commercial doldrums with a record-breaking Number 1 single, let alone nearly 30 years into their career. But in 1998, Cher proved once and for all that she was not most artists. To the rules, she was always an exception.

But Believe could never have been made in any other year than 1998, and it couldn't have been released by anyone other than Cher. Taking the fairly new technology of AutoTune, it seemed to rejoice in stretching Cher's iconic, deep voice into the realms of absurdity. The perfect fit, really, for a song that's about learning to love yourself after you've been left alone and changed by someone.

Believe proved to be revelatory for Cher, who was 52 at the time of its release. Debuting atop the Official Singles Chart, it stayed at Number 1 for a total of seven weeks and is still her best-selling single in the UK today.

With sales totalling over 1.5 million copies (1.8 million overall), Believe was the UK's best-selling single of 1998 - and the first song by a female solo artist to be certified Triple Platinum. It also holds the distinction of being the highest-selling single by a female act - ever - on the Official Charts.

Now that's what you call a comeback.

MORE: The UK's best-selling singles of all time

Meanwhile, taking second place is a little-known song from a little-known film by a little-known singer. Celine Dion's My Heart Will Go On helped Titanic become (at the time at least) the highest-grossing film of all time, and its reception on the Official Singles Chart also reflects that, it also reached Number 1 and stayed at the top for two weeks and shifted 1.3m that year.

In third is Jason Nevins' remix of Run DMC's It's Like That, on 1.09m. The rework of the hip-hop classic was hugely popular across Europe before its UK release, helping it soar to the top spot and achieve the unthinkable: breaking Spice Girls' run of Number 1 hits as their single Stop was forced to settle for second place.

Two Irish acts also made a massive impact on the charts in 1998. Boyband Boyzone continued their dominance with their cover of Whistle Down The Wind's No Matter What becoming their fourth UK Number 1 and the fourth most popular song of the year (1.07m).

But it was the girls that came out on top that year. Seen by many to be the natural successors to Spice Girls, B'Witched made a massive impression with the most entries in the year-end Top 40, with three. They include debut single C'est La Vie (5, 851k), Rollercoaster (21) and To You I Belong (33), all of which peaked at Number 1.

Elsewhere in the Top 10, Chef, a character from South Park made a punt for Christmas Number 1 with Chocolate Salty Balls (PS I Love You) but still manages to place seventh at the years-end (682k). That year's actual Christmas Number 1 was Spice Girls with Goodbye (680k). Their third consecutive Christmas Number 1 single, they became the first act to earn the accolade since The Beatles - a feat that was also equalled last year by LadBaby. Another Spice Number 1 that year, Viva Forever, lands at Number 13.