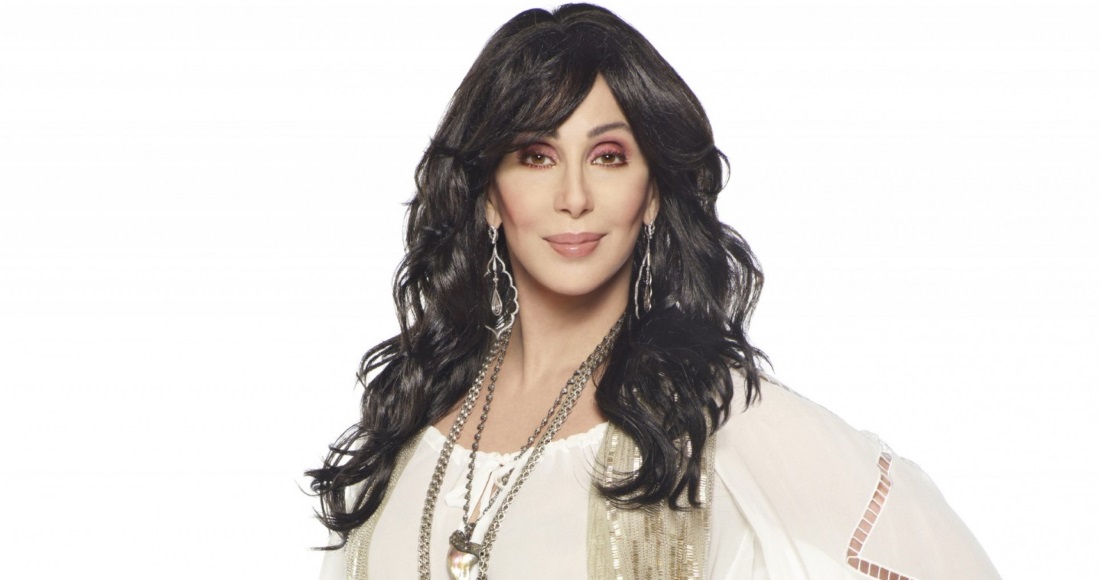 Cher is back! But then she never really went away, did she? As her Here We Go Again tour reaches the UK, we’ve ranked her biggest hits of the digital era, revealing her most streamed and downloaded songs to find out which Cher songs are the most popular in the UK today.

Are you ready to turn back time? Before we get to the full list, let’s take a closer look at a few highlights...

In 2018 Cher pulled off the unthinkable - releasing an album of ABBA covers that wasn't terrible (the group's music is famously tricky to imitate). It was undeniably fun, camper-than-camp, and it featured Cher on the artwork as ABBA's Agnetha and Anni-Frid. Trailer single Gimme Gimme Gimme may be heavy on the Auto-Tune, but there's still plenty of heart in it.

Cher is queen of the comebacks, let's face it, and she successfully pulled off her first triumphant return with this, released in 1971. Cher became noted for her songs that told stories, and Gypsys, Tramps & Thieves dramatically played out the tale of a family of outcasts. It peaked at Number 4 on the Official Singles Chart and gave Cher her biggest hit in the UK in five years, since 1966’s Little Man also hit Number 4. As you can see from the video, Cher's hair game has never been anything less than 💯

The song where it all began, over 50 years ago (seriously). We're sure when Cher first took to the stage with her tambourine and her then-husband Sonny Bono, she had little idea that this sweet and simple love duet would kick off a career that would bring her 33 UK Top 40 hits, including 15 Top 10s and four chart-toppers. This karaoke classic leapt up the chart in late summer 1965 and spent two weeks at Number 1. And which iconic artists did Sonny and Cher knock off the top? Why, it was the Beatles with a song you may have heard of – Help!

They say patience is a virtue, and Cher must have it in spades – she had to wait 26 years before topping the Official Singles Chart for a second time. Since her last Number 1, Cher's career had been through its ups and downs, but by 1991 she'd established herself as a bona fide Oscar-winning movie star. The Shoop Shoop Song was taken from Cher's latest hit movie Mermaids, and her young co-stars – a baby-faced Christina Ricci and a brilliantly mortified Winona Ryder – appeared in the video with her. The UK couldn't get enough of it: it spent five weeks at the top!

Cher has famously never had the best taste in her own material. You may love some of her biggest hits, but she wouldn't thank you if you invited her to a barbecue and cranked them out. As well as hating her debut single I Got You Babe, she also wasn’t particularly keen on recording If I Could Turn Back Time, penned by mega hit songwriter Diane Warren. The story goes that Diane held her down by her leg in the studio until she recorded it, and Cher being Cher, responded with a ‘F**k you, bitch! OK, I’ll try it’, and loved the outcome. The result is one of the most enduring songs of her career, and is her second most downloaded song in the UK.

What else was going to top this Cher list? A worldwide hit when it was released in 1998, Believe spent seven straight weeks at Number 1 in the UK, and was the biggest selling single of that year. The Grammy-winning track was a considerable departure from her usual pop-rock sound, and is widely cited as the first commercial recording to use Auto-Tune as a vocal effect. Not only that, but Believe is the best-selling single by a female artist in the UK EVER. Crucially, it's also the song that cemented her status as pop culture icon.