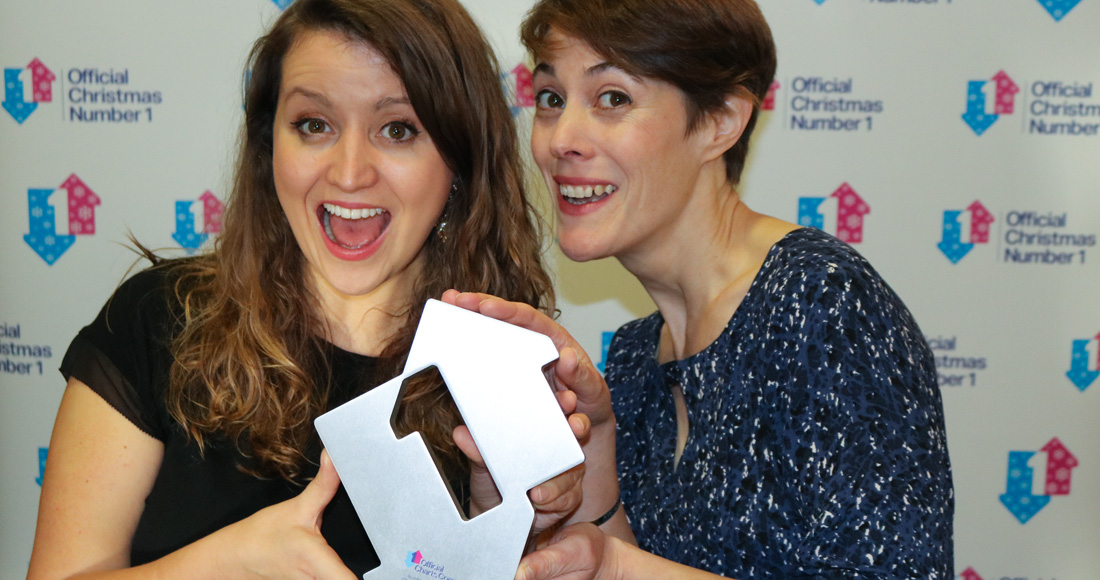 It’s been the closest festive chart battle witnessed since Rage Against The Machine’s scintillating victory over The X Factor’s Joe McElderry in 2009, but the Lewisham & Greenwich NHS Choir today claim the coveted yuletide chart crown with their charity single A Bridge Over You.

The choir jingle all the way to the Official Chart’s Christmas top spot today with total combined chart sales of 127,000, nearly 31,000 ahead of their rival.

Watch the NHS Choir celebrate being crowned this year's Christmas Number 1 below:

Following a thrilling week-long tussle which saw the choir racing neck and neck with Bieber right down to the final whistle, the NHS Choir tell OfficialCharts.com: "We are absolutely overwhelmed and couldn’t be any happier!

"It’s a brilliant celebration for the NHS across the country so well done and thank you everyone for downloading and streaming. A massive cheer for the NHS, thank you!”

Despite leading the race at the beginning of the chart week by 5,000 copies, the choristers’ early lead narrowed after 48 hrs to just over 2,000 copies, and by day 3 (Monday) the tide had turned in favour of the Canadian pop superstar.

By Tuesday it was looking like Bieber might have the race locked down as his advantage extended to 7,000 chart sales, but then the choir’s appearance on BBC Radio 2’s Chris Evans Breakfast Show that morning helped them claw back ground, the gap once again narrowed overnight, leaving a nail-biting 662 copies between the two contenders on Wednesday morning’s sales flash.

In a dramatic turn of events Bieber then tweeted his support to his NHS rivals, whose campaign supports the hard work done by doctors, nurses, midwives and many others in the NHS, with proceeds set to be donated to a selection of charities including Carers UK and mental health charity Mind.

All is not lost for Bieber though, as he still claims 3 positions in the Official Chart Top 10 with Love Yourself (2), Sorry (3) and What Do You Mean (5) to round off his remarkable year in pop.

Other notable race contenders this year included unsigned act Stormzy, whose #ShutUpForXmasNo1 campaign sees him finish at Number 9 this week, and X Factor winner, Louisa Johnson is at 12 with her winner's single Forever Young.

And finally, five festive classics appear in this week's Top 40: Mariah Carey’s All I Want For Christmas Is You (11), Pogues’ Fairytale Of New York(13), Wham's Last Christmas (18), Wizzard's I Wish It Could Be Christmas Everyday (27), Chris Rea's Driving Home For Christmas (29) and Band Aid's Do They Know It's Christmas? (38).