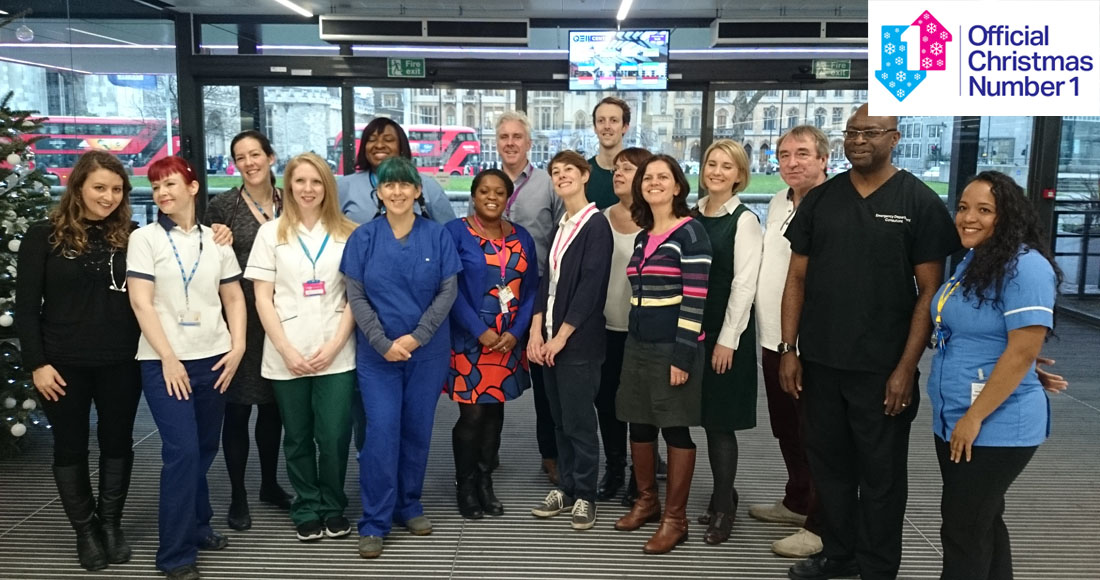 The battle for the Official Christmas Number 1 remains incredibly close, as the NHS Choir continues to chase Justin Bieber for this year's festive crown.

As things stand in today's sales flash (December 22), Justin's Love Yourself has narrowly extended its lead over The Lewisham & Greenwich NHS Choir's A Bridge Over You, with the two now separated by less than 7,000 combined sales.

MORE: Test your festive chart knowledge with our Christmas quiz

Elsewhere in today's Top 40, Justin Bieber's Sorry completes the Top 3, X Factor winner Louisa Johnson has slipped from 6 to 7, and Stormzy's Shut Up holds in the Top 10 at Number 9.

The Official Christmas Singles Chart Top 40 will be counted down on BBC Radio 1’s Official Chart with Greg James between 10am - 1pm on Friday, December 25, and also announced on BBC One's Top of the Pops. The full Top 100 will be revealed on OfficialCharts.com at 5.45pm.