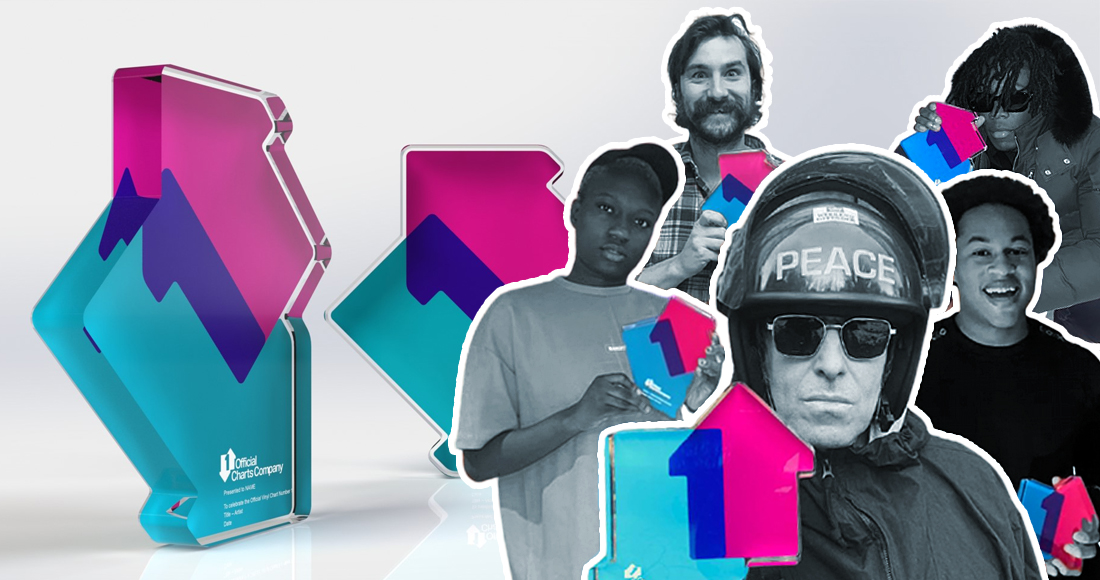 Introducing the all-new Specialist Number 1 Award, designed to spotlight the diverse range of music talent, and breadth of records finding success on the UK’s Official Specialist Charts - including vinyl, afrobeats, indie and classical. View our full range of charts here.

With artists now finding audiences and commercial success through more channels than ever before, Official Charts digs a little deeper to unearth some notable chart achievements of the past 12 months you might not have clocked.

In a year of unprecedented lockdown challenges for physical retailers, one album in particular has thankfully kept the tills ringing for the independent record shops of the UK.

Ultra Mono by IDLES not only delivered the Bristol band their first Number 1 on the Official Albums Chart upon its release in October, but it became the fastest-selling vinyl release of the year too, and a firm favourite for indie record store shoppers, finishing just ahead of Yungblud to top the end-of-year Official Record Store Chart of 2020 - view the full end-of-year Top 40 here.

"If you’re going to buy a record, support independent local businesses, they need it as much as possible," IDLES’ Mark Bowen told OfficialCharts.com. "Thanks to the fans, shout out to independent record stores. We’re top of the pops, Number 1 in the shops, a wop bop a loo bop a lop bam boom!”

The weekly Official Record Store Chart was launched in 2012 in partnership with Record Store Day UK, polling over 100 of the UK’s top independent record shops, counting sales of CDs, vinyl and other formats across seven days. In 2021, the Official Charts Company reacted swiftly to set up tracking of home delivery sales for these independent outlets when many were forced to pivot their businesses online during the pandemic.

Liam Gallagher has not only notched up an impressive three solo Number 1 albums in recent years, but 2020 saw him at the summit of the Official Vinyl Charts on several occasions.

All You’re Dreaming Of – Liam’s festive single released in aid of Action For Children - scoops the top-selling vinyl single of the year. Proceeds from its release on 7” and 12” vinyl in December helped provide support for vulnerable young people over the Christmas period. Watch Liam celebrate the news in classic Gallagher style below:

The Official Vinyl Singles and Vinyl Albums Charts were launched in 2015 to track the resurgence of vinyl in the digital age.

A firm fixture in the weekly Official Afrobeats Chart since its inception last summer, Nigerian-born, South London-raised Darkoo claims the award for the Number 1 Afrobeats track of 2020 for Gangsta ft. One Acen. View the Top 20 Afrobeats songs of 2020 here.

“I wanna say a big thank you to all my fans," Darkoo tells OfficialCharts.com. You made Gangsta the Number 1 Afrobeats song of 2020, and [thank you] to the Official Charts for the new award.” Watch the full message from Darkoo and One Acen below:

Developed in conjunction with Afro Nation Festival, the Afrobeats Chart is published Sundays at 2pm on OfficialCharts.com, Spotify, and across Official Charts and Afro Nation social channels, and showcases the biggest releases of the week from a genre whose sound is impacting mainstream charts all over the world.

2020 was a hugely successful year for Sheku Kanneh-Mason, kicking off in style last January, when the then 20 year-old cellist set a new chart record with his album, Elgar, becoming the highest-charting cellist of all time in the UK (reaching Number 8), and the first cellist in history to break into the Top 10 of the Official Albums Chart.

The former BBC Young Musician who shot to global stardom as guest performer at the wedding of Prince Harry and Meghan Markle, finished the year with UK’s top specialist classical album of 2020.

Sheku told OfficialCharts.com that while "2020 has been a very difficult year for many people... it’s shown how much we need music, how much we need performers and recordings, and it’s more important than ever to keep supporting the arts, classical music and music in general."