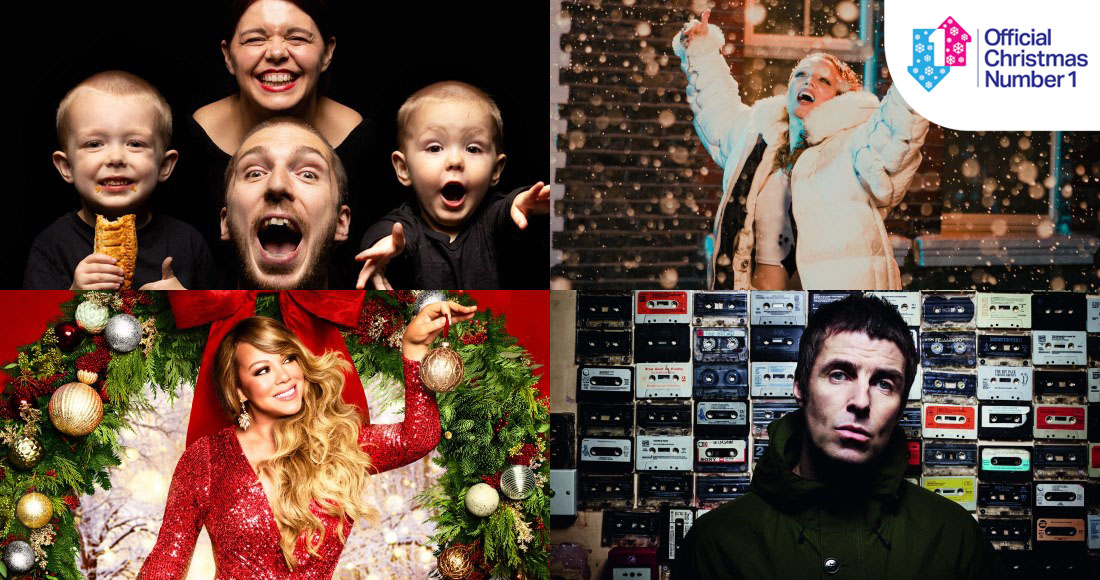 Reigning champion LadBaby starts out in pole position for the UK’s Official Christmas Number 1 2020 with Don’t Stop Me Eatin’, charging out of the blocks in the biggest chart race of the year with huge sales.

The YouTubers aka Mark and Roxanne Hoyle have an impressive lead so far on the Official Chart: First Look, scoring 80,000 chart sales after 48 hours and on course to be one of the biggest opening weeks of the year.

The pair are currently the ones to beat as they set their eyes on a third consecutive Christmas Number 1 – following 2018’s We Built This City and 2019’s I Love Sausage Rolls – proceeds will once more benefit food bank charity The Trussell Trust.

MORE: Look back at every Official Christmas Number 1 in UK chart history

Jess Glynne is on course for her highest-charting single in two years with This Christmas, which climbs seven places to Number 2 after the weekend’s initial sales and streams. Jess’ take on Donny Hathaway’s 1971 single is an Amazon Music exclusive which was released on signed CD and vinyl this past Friday (Dec. 18). Jess was last in the Official Chart Top 3 in December 2018 with Thursday.

The festive classics are up next - Mariah Carey’s All I Want For Christmas Is You is the UK’s most streamed track of the week so far (3) with Wham!’s Last Christmas just behind at Number 4 on the First Look Top 5.

Liam Gallagher could be heading for his first solo Top 10 single with festive charity release All You’re Dreaming Of (5) – released on 12" black and 7” limited edition white vinyl last Friday in aid of Action for Children, Liam claims the UK’s second best-seller of the week so far after LadBaby.

Justin Bieber’s Amazon Originals festive track Rockin’ Around The Christmas Tree could become his 23rd UK Top 10 single, currently at Number 7, and while much of the nation are unable to travel right now, Chris Rea’s Driving Home For Christmas could return to its personal best chart peak of Number 11.

In at Number 19 after 48 hours is politically charged song Boris Johnson Is A F**king C*** by British synthpop comedian The K**ts. At just 56 seconds long the track is currently the third fastest-seller of the week.

Further down former chart rivals Justin Bieber and the Lewisham and Greenwich NHS Choir have joined for a new version of the Canadian pop star’s Holy (33), the ICU Liberty Singers with their cover of Every Breath You Take (89), and Rig Aid’s It’s Christmas Time (It’s Time To Lash) from the Rig Biz podcast (91).

MORE: Christmas Quiz: Can you spot the Christmas Number 1?

The Official Christmas Number 1 race 2020 kicked off on Friday December 18, with sales and streams counting up until midnight (11.59pm) on Thursday, December 24 - whoever you’re backing get behind them before then.

The winner will be announced exclusively on BBC Radio 1’s The Official Chart with Katie Thistleton, 2-4pm on Christmas Day, Friday December 25. The full Top 100 Official Christmas Singles Chart and Albums Chart will be published on OfficialCharts.com from 5.45pm.