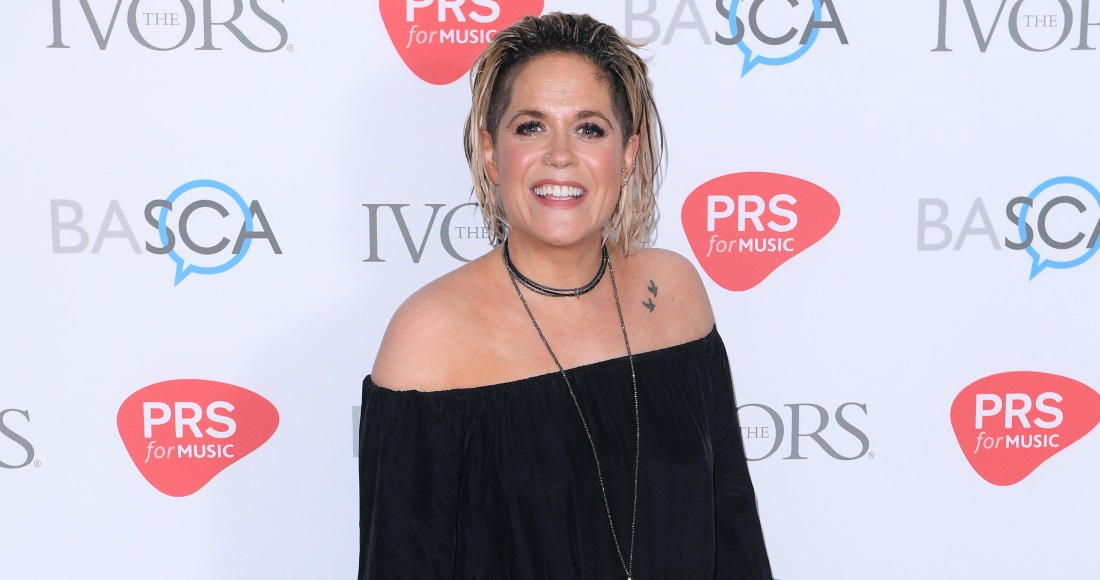 Behind every great popstar, there is a great songwriter.

Many songwriters and producers have stepped out of the shadows lately, with the likes of Julia Michaels, Ina Wroldsen, watt, Benny Blanco and RuthAnne swapping their writing pads and mixing desks for the bright lights of pop stardom. One of the most successful among them Amy Wadge.

While Amy has released seven studio albums across her career, much of her success up to now has come from her songwriting for other artists. However, it looks like that's about to change. Amy's latest EP Keeping Faith is the soundtrack to the TV show of the same name. Filmed in Welsh for S4C and English for BBC Wales, the drama/thriller was promoted to BBC One this summer following the highest audiences for a non-network drama shown in Wales for over twenty years.

Lead track Faith's Song is on course to land inside the Official Singles Chart Top 100 this week. Listen to the Keeping Faith EP below.

While Amy's music might be new to you, you'll almost certainly recognise the songs she's penned for some of the biggest household names in the music industry. To say Amy is hit-maker is an understatement...

Amy is most famous as a songwriter for her close relationship with Ed Sheeran. The pair won a Grammy together for Thinking Out Loud, Ed Sheeran's classic Number 1 ballad. Amy can also write up-tempo too; she teamed with Ed on Galway Girl, which reached the top spot on the Official Irish Singles Chart.

Amy and Camila have Ed Sheeran to thank for this one. An emotional ballad from Camila's debut album, Consequences was pitched to Camila after Ed told Amy that song would be perfect for the Havana star. The Cuban singer loved the track, made a few tweaks, and the rest is history. Amy explains more here.

One of the most exciting young talents in country music, Kacey Musgraves' latest album Golden Hour was released to critical acclaim earlier this year and debuted at Number 6 on the Official Albums Chart. Amy and Kacey came together on album track Wonder Woman, a charming love song about a blossoming relationship.

Amy often works with country musicians, and has put pen-to-paper for the likes of Keith Urban, The Shires and Una Healy. When Kylie Minogue wanted to add a touch of Nashville to her discography, she enrolled Amy to collaborate on four tracks on Golden, Kylie's sixth UK Number 1 record. Our personal favourite is the liberating Rollin', while we have a soft spot for Radio On, performed as a world exclusive for Sounds Like Friday Night.