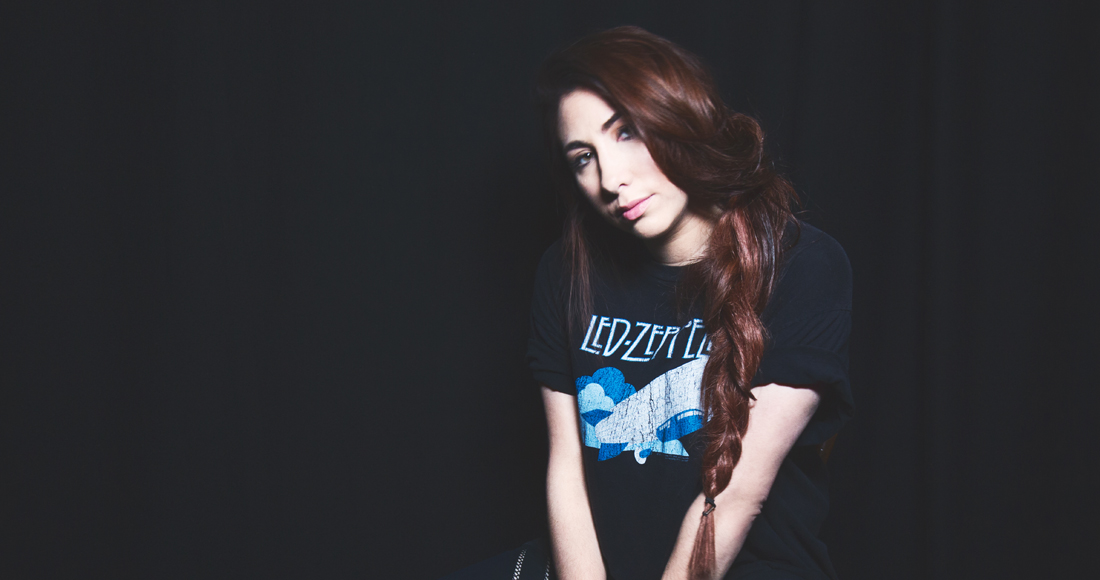 They say if you can write a world class pop song then you’re set up for life. In the case of Dublin-born singer-songwriter RuthAnne, she’s amassed quite the collection of hits for other artists over the last 12 years.

Among her credits are Martin Garrix and Bebe Rexha’s electro-ballad In The Name Love, Britney’s power anthem Work Bitch, Jojo’s still-brilliant Too Little Too Late and half of Niall Horan’s excellent debut album, including recent hit Slow Hands.

Moving to Los Angeles when she was a teenager to pursue a music career, RuthAnne has navigated the testing waters of major label pop for over a decade, working with some of the world’s biggest stars. Now she’s launching herself as an artist in her own right, after 12 years of gaining what she calls “real life experiences”.

The first taster of her new music, The Vow, is an Imogen Heap-esque folktronica hymn that blends her soul inspirations Lauryn Hill and Alicia Keys with her Irish roots. Her debut album, written for the most part in her homeland, is scheduled for release later this year.

Things seem to be going pretty well for you as a songwriter. Why launch a singing career now?

“I was always an artist, but I think there are two types of artists. There are artists like James Bay, Adele, Sam Smith, Ed Sheeran, Amy Winehouse, then there’s pop artists I write for with big creative teams around them who tell them what sort of image they should have or what sort of song will play well on radio. I never felt like I was that type of artist.

“I tried to do the pop star thing but it never worked for me. I realised why recently, because those teams I have around me now, they look to me for what we’re doing. I have to steer the ship, and I’m more ready to do that than I ever was. I’ve never needed people to tell me who I was.”

The songs you’ve written for pop acts are all very different in their style. What are the key ingredients for a great pop song?

“It honestly depends on which artist you’re working with. Take Britney’s Work Bitch for example. There’s that side of things which are a lot of fun. When it first came out I thought it might be a bit too novelty, but now I hear it in the gym and see people wearing Work Bitch hats. The song still has substance, in a way, because it’s become this phrase.

"Then with Niall, he’s a pop artist, but he wanted to do something like Fleetwood Mac or The Eagles, so we got to write these songs that were more storytelling. With In The Name Of Love, I wrote it not knowing that Martin Garrix and Bebe Rexha were going to take it and put that futuristic sound on it. We wrote it on the piano, but it shows there’s a way to fuse a ‘real’ song with pop hooks. There’s a lot more of that these days and I think people lyrically have gone a bit cleverer, which is good."

In that sense, the Niall Horan must have been a gift of a project.

“It was such a fun project, and such an easy project too. I’d written some songs for One Direction’s Four record and had only really met them in passing, but Niall was aware of me because he knew there was an Irish songwriter on the team. We had a session set up for their fifth album which was me, Niall and another producer and we really hit it off straight away.

“What I love about him is that he had a book of lyrical ideas. You And Me was the first song we wrote and then Seeing Blind the next day… it was so easy. Slow Hands was the last song for the record. When I found out I had five songs on the album, I couldn’t believe it. What I think worked is that he made the record with friends and there’s an effortless quality to it. He made a real artistic statement with it.”

Have you written a song that you considered to be a great one, only for a producer to mess around with it and turn into something completely different? We’re mostly referring to In The Name Of Love here…

"I really do care about what happens to the songs. What’s interesting about that song is there are people who like the drop, and people who like the verses. When I knew the song was working was when I saw loads of covers of it online. When I first heard it, I was a bit surprised, but I love it now. I have had songs in the past where I’ve thought, you’ve really f**ked that up, which is quite disheartening because you just know it’s not going to be as big as it could have been."

The focus in pop at the moment is on hit singles rather than albums. Is it harder to get cuts, given there are less spots than, say, a 12 track album to compete for?

"The percentage of what gets cut as to how many songs you’ve written is shocking. It’s getting more and more difficult because it’s a singles-based industry now. Getting a cut on track three on an album used to be a huge deal, now people aren’t even sure if they’re making albums. It means acts are only cutting songs if they think they’re singles. When you ask if they’re making an album, they’re like, ‘no, not yet.’”

Are you a fan of song writing camps? Madonna recently described them on Instagram as places where “no one can sit still for more than 15 minutes”.

"I’ve done them and I hate them. Hate them. Song writing is so difficult to make a living from these days that the people in them are doing a million different other things to make ends meet. They’re a great place to make good relationships rather than cutting songs. They used to be quite generic and stale and competitive but now people have figured out that if you make friends, you can rent a house somewhere and write songs in a Jacuzzi at 3am. Those ones I like, because you’re away from the distractions of everyday life.

“I imagine someone like Madonna is used to making a record in real way with one person. Now, I’m sure, her label just want a radio hit. That requires a beatmaker, three songwriters developing the topline, people working on the bridge and then someone tweaking the chorus. Pop songs are a whole operation these days."

RuthAnne's new single The Vow is out now. She's supporting Thirdstory's tour in March and April.