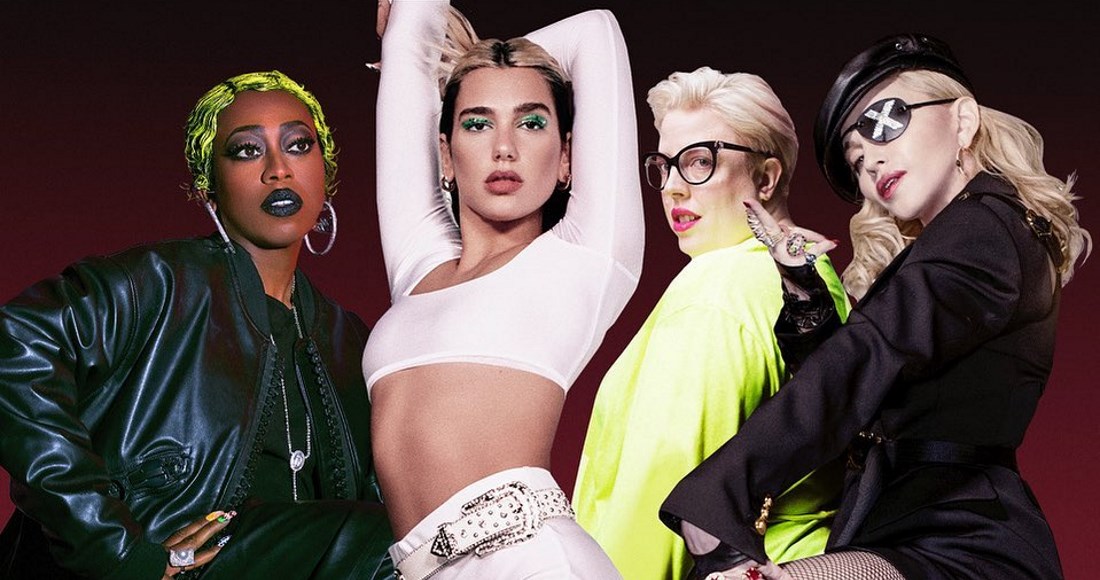 Dua Lipa has announced Levitating as the fifth single from her Number 1 album Future Nostalgia, which will be remixed and feature Madonna and Missy Elliott.

Update (Aug. 13): Listen to the Levitating remix below:

Levitating has been reworked by American DJ The Blessed Madonna for its official single release, and features two of Dua's self-proclaimed "idols" in Madonna and Missy. Dua confirmed on social media that Levitating (Remix) will be released on Friday August 14.

It was announced last month by Dua's managers in an interview that they had reached out to Madonna for a potential collaboration, and it looks like Madonna replied to that email! It's not the first big collab for the Queen of Pop, who has previously collaborated with the likes of Britney Spears and Justin Timberlake. Madonna is of course no stranger to the Official Chart, with more Number 1 singles and albums than any other female artist in history.

Levitating follows the longest-reigning Top 10 hit ever by a female artist Don't Start Now, Top 10 smashes Physical and Break My Heart and latest single Hallucinate as releases from Future Nostalgia, which topped the Official Albums Chart in April.

Future Nostalgia is the biggest album release of 2020 so far by a British act, the most popular British solo artist album on cassette in the first six months of the year, and is 2020's bestselling British female release on vinyl. The album was nominated for the 2020 Mercury Prize.