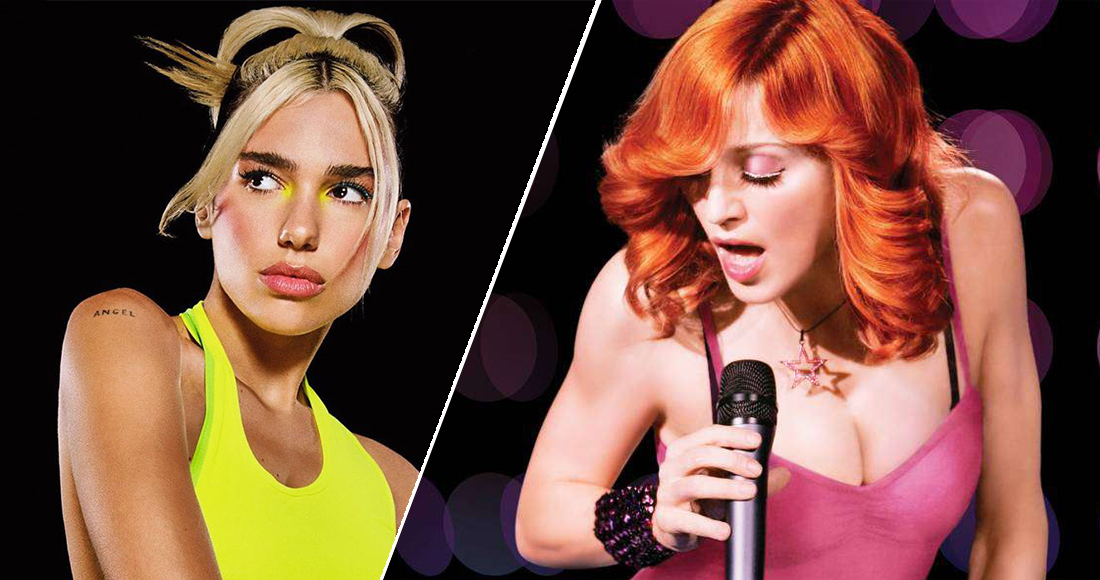 Dua Lipa says she hopes to emulate Madonna and continue to enjoy chart-topping success into her 40s.

The 24-year-old hopes to have a long career in pop, continuing to push herself musically, before retiring "with a couple of dogs".

“I want to do this for as long as I can," she told The Sun newspaper. "I feel like Madonna peaked at 40 or 45 and made the best pop album known, and she continues to kill it.

“Women, we can do it for as long as we want to. And then at some point I’ll retire with a couple of dogs and take up smoking again.”

Her second album, Future Nostalgia, hit Number 1 in April and has spent four weeks at the summit.

"Every time I went on stage was so exciting. At the Grammys, that moment, I sometimes have to watch it back to remember it, because when they called my name I felt like I blacked out."

POLL: What should Dua's next single be from Future Nostalgia?