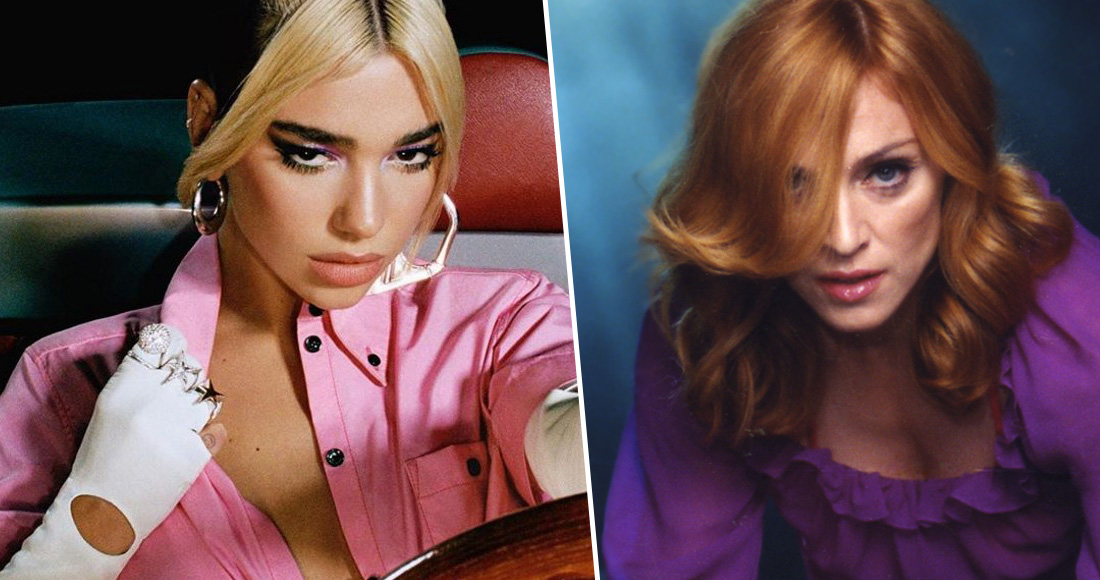 Dua Lipa is reaching out to Madonna about a future collaboration, according to the singer's manager.

Ben Mawson of Tap Music spoke to Music Week about how Dua's latest album Future Nostalgia was heavily influenced by Madonna's Confessions on a Dancefloor, both of which featured songs produced by Stuart Price.

When asked by the magazine if Dua Lipa could be the next Madonna, Mawson responded: "Well it depends what you mean. She's definitely going to have a long career. She's definitely the complete pop star and obviously the album was heavily influenced by Madonna. In fact, we're about to try and get Madonna on a record. I'm going to write the email and see if she's up for a track."

Mawson continued: "Dua told me she aspired to be Madonna when I met her, when she was 17, and there was something about the way she said it that made me believe her! It was about her personality, her charisma, her competitiveness and her drive and that came across. Dua's got it all, so she's got unlimited potential."

POLL: What should Dua's next single be from Future Nostalgia?