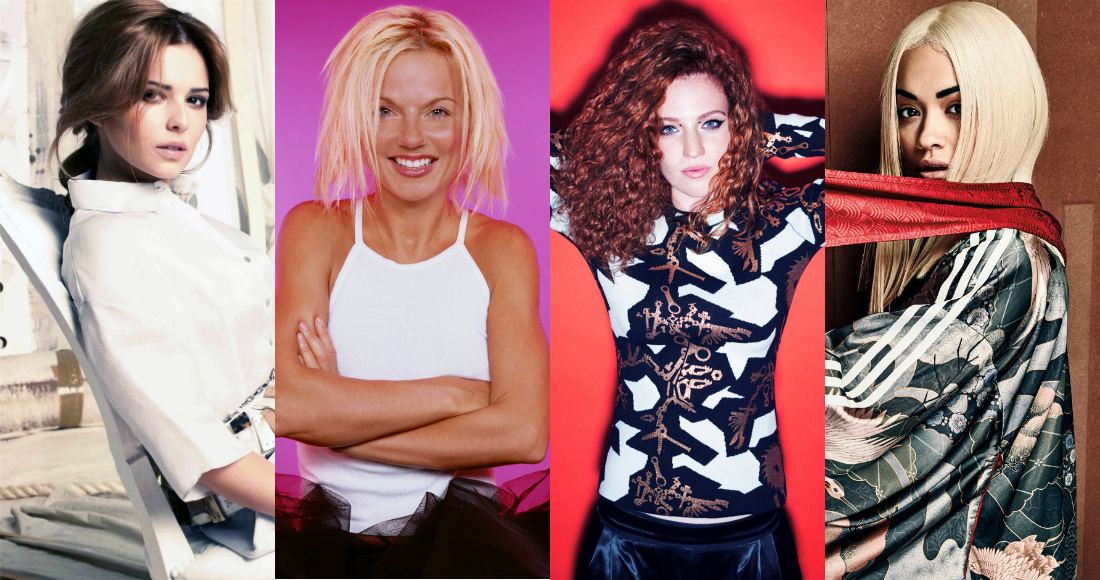 She's done it! Jess Glynne has set a new record, topping the Official Singles Chart with I'll Be There. This seventh Number 1 means Jess is still the British female solo artist with the most chart-topping singles, but now she's even farther in front of the competition, ahead of Cheryl, long-time record holder Geri Halliwell, and Rita Ora.

Let's look at the leaderboard in more detail:

Lucky seven for Jess. She was off to a flying start when her first two releases hit Number 1 in 2014, when she featured on Clean Bandit's Rather Be and Route 94's My Love. She first hit the summit alone the following year with Hold My Hand.

The former Girls Aloud star and national treasure Cheryl (Cole, sometimes) started big, selling over a million with debut solo effort proper Fight For This Love. She beat Geri and Rita's then-joint record in 2014, holding the record alone for just nine months until Jess came along and equalled it. Cheryl has spent six weeks at Number 1 as a solo artist.

Another former girlgroup superstar to go solo, Geri held the record for most Number 1s by a British female solo artist for an incredible 14 years – 13 years all by herself and one shared with Rita Ora. Her first single Look At Me narrowly missed the top spot, but she soon made up for it by slamming her next four singles straight in at the top – a consecutive run as yet unmatched.

Rita was off to a flying start with her first three singles going in at the top, and she soon matched up to Geri in 2014. Cheryl caught up and overtook, of course, and Jess sprinted ahead, but surely if anyone has a chance of challenging Jess, it's Rita – many years of success to come for both…

There are a number of British female solo singers on three Number 1s each, and some of them are still active so could well be moving up the leaderboard soon. Here's the list, with the time it took them to score their current clutch of chart-toppers:

Olivia Newton-John
Born in Cambridge, fact fans! Olivia's first Number 1 was You're The One That I Want in 1978 and her last was 2 years later – Xanadu in 1980.

Sandie Shaw
The original record holder, Sandie took 2 years, 5 months between (There's) Always Something There to Remind Me (1964) and Eurovision winner Puppet on a String (1967)

Other active female solo stars in with a chance of the record: Dua Lipa is on two Number 1s, as is Adele!