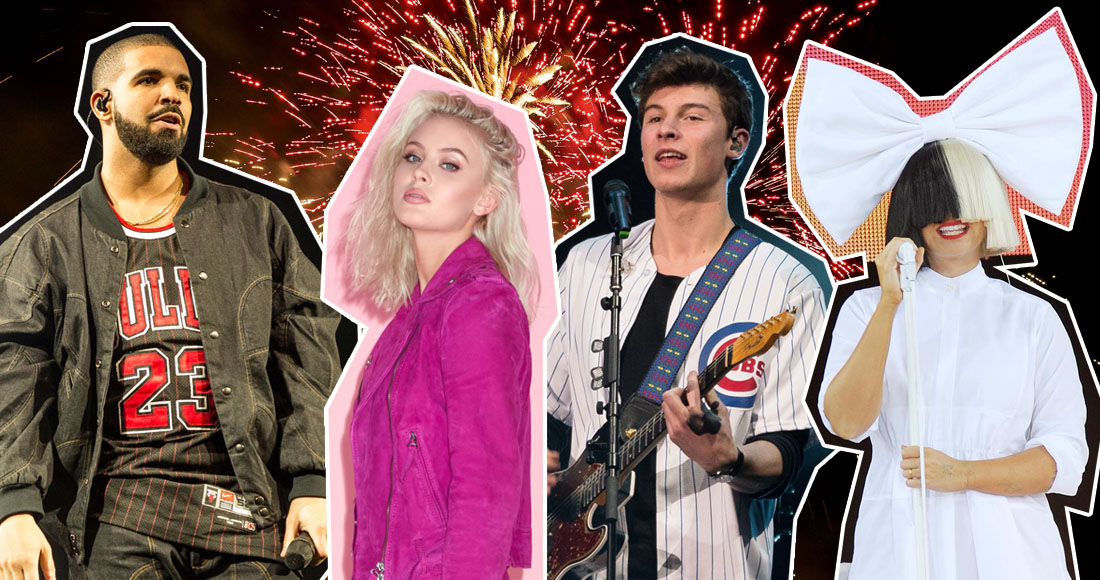 2016 was a big year for pop music, and sitting at the very top of the year-end rundown, which counts digital, physical and streaming equivalent sales, was – what else? – Drake's One Dance, feat. Wizkid and Kyla.

One Dance was the inescapable sound of the summer in 2016, notching up an astonishing 15 weeks at Number 1, equalling Wet Wet Wet’s epic stint with Love Is All Around in 1994 but falling short of the all-time record.

One Dance, Drake's first Number 1 as a lead artist, racked up 1.95 million combined sales over the year, made up of 530,000 downloads and an impressive 142 million streams. The most streamed song of 2016, One Dance also enjoyed the biggest one-week combined sales figure for a Number 1 single of the year, notching up 140,000 during its fourth week at the top in April. See the song's full chart history here. 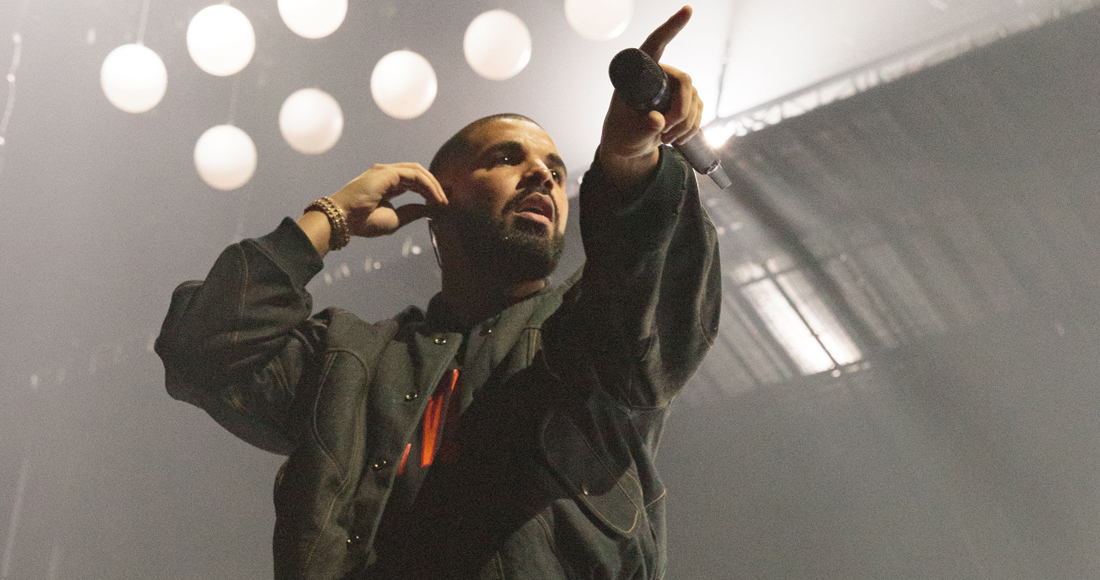 Up in second with a combined tally of 1.49 million, was Lukas Graham's 7 Years. The Danish band spent five weeks at Number 1, and actually finished top of the year's sales-only countdown.

Sia's Cheap Thrills spent 38 weeks in the Top 40 but missed out on a Number 1 – it did, however, claim its place as the third biggest song of 2015, clocking up 1.46m combined sales.

Mike Posner’s big comeback track I Took A Pill In Ibiza (Seeb remix) spent four weeks at the summit in March/April and was the fourth biggest tune of the year, with a tally of 1.38m.

Golden collaborators Calvin Harris and Rihanna reunited for This Is What You Came For, and while it stalled at Number 2 thanks to Drake, it still finished fifth for the year, racking up 1.28m combined sales over 2016. Rihanna also made a showing, this time with Drake, at 9 with Work.

Zara Larsson’s Lush Life scored 13 weeks in the Top 10 back in spring 2016, and finished sixth with a tally of 1.16m, while The Chainsmokers were seventh with Closer, feat Halsey, on 1.15m, and Justin Bieber's Love Yourself claimed 1.14m combined sales to take eighth place.

Calum Scott's cover of Robyn classic Dancing On My Own peaked at Number 2 in August, and landed 12th with 1.11m, ahead of Major Lazer's massive Number 1 single Cold Water feat. Justin Bieber and MØ, 14th with 1.06m.

Just sneaking in the the Top 40 biggest songs of 2016 was Clean Bandit – their eight-week chart leader, and Official Christmas Number 1, Rockabye placed at 37.

The Official Biggest Albums of 2016

The Official Top 10 most downloaded songs of 2016 appear below:

Look back at the Official Top 40 biggest songs of 2015

Look back at the Official Top 40 biggest songs of 2014

Look back at the Official Top 40 biggest songs of 2013

Look back at the Official Top 40 biggest songs of 2012

Click through the biggest selling single of every year since 1952 below: