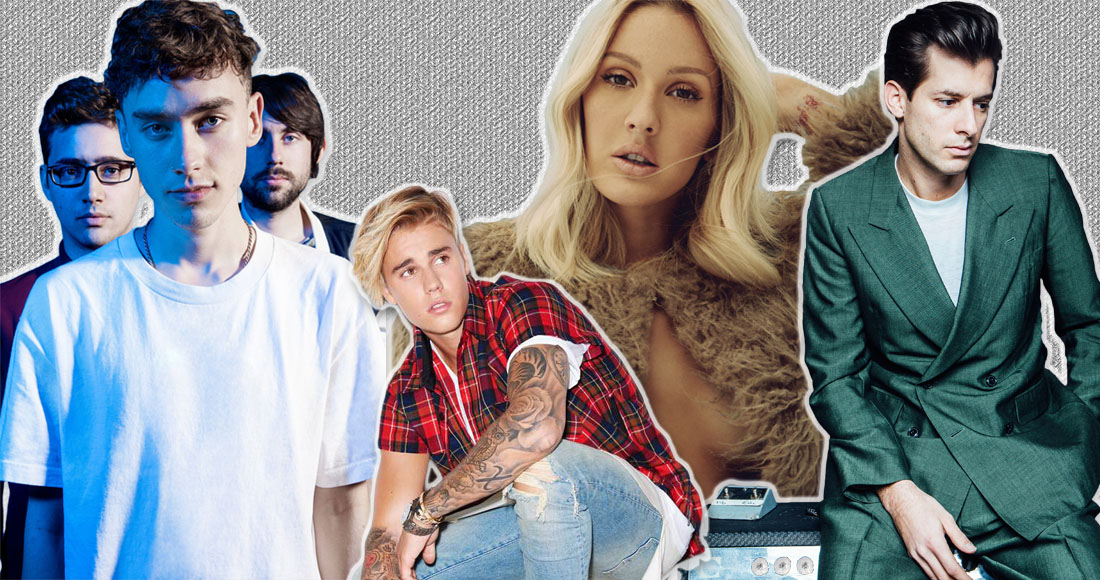 It dominated the dancefloor throughout the year, so it was only natural Mark Ronson’s Uptown Funk is the biggest song of 2015.

The track, which features Bruno Mars, notched up a combined sales and streaming total of 1.76 million to finish at the top of the 2015 chart. The song’s total combined sales since its release in November 2014 stood at 2.25 million at year-end.

Uptown Funk proved unstoppable throughout the year. As well as spending a total of seven weeks at Number 1, the track logged 39 weeks in the Top 40 before finally exiting in October. View Uptown Funk and the rest of Mark Ronson’s chart history here.

Ronson fended off competition from several hugely successful tracks to top the year-end chart, which included 17 Number 1s in the total Top 40.

Finishing at Number 2 was OMI’s Cheerleader (Felix Jaehn Remix). The summer smash first entered the Official Singles Chart at Number 96 in January 2015 and steadily scaled the tally for 14 weeks until its April impact date, eventually reaching the summit in May and staying for four consecutive weeks. Cheerleader finished 2015 with a total of 1.52 million across downloads and streaming equivalent sales.

Taking third place was Hozier’s Take Me To Church with 1.25 million combined sales. The stirring soul-blues track racked up huge sales over the year despite never reaching Number 1, peaking at 2 for four consecutive weeks after a 20-week climb inside the Top 40.

At Number 4 Ellie Goulding’s Love Me Like You Do, from smash hit movie 50 Shades Of Grey, which topped the chart for four weeks – holding Hozier off the top spot for three of them – back in February. By the end of 2015, the song notched up 1.19 million combined sales.

Rounding off the end of year Top 5 was Wiz Khalifa’s See You Again. The Fast & Furious 7 tribute to actor Paul Walker, which topped the Official Singles Chart for two weeks in April, finished close behind Goulding on 1.17 million sales and streams. It was also the first of two entries for the song’s guest star and co-writer Charlie Puth, who placed at 34 with his Meghan Trainor collaboration Marvin Gaye.

MORE: Check out the Official Top 40 biggest songs of 2017

Despite being released little over two months before the end of the year, Adele’s Hello landed in sixth place in the list with 1.12 million combined sales. The track smashed Official Chart records upon its release, being the biggest Number 1 single in three years and setting a new one-week streaming record. View Hello’s full UK chart run here.

2015 was an incredible year for Bieber on the Official Chart. Among his many achievements, he scored his first UK Number 1 with What Do You Mean, logging 10 weeks at the top across those three Number 1s, and he became the first living artist to score eight Top 40 entries following the release of album Purpose. See where all his songs and albums have charted in the UK here.