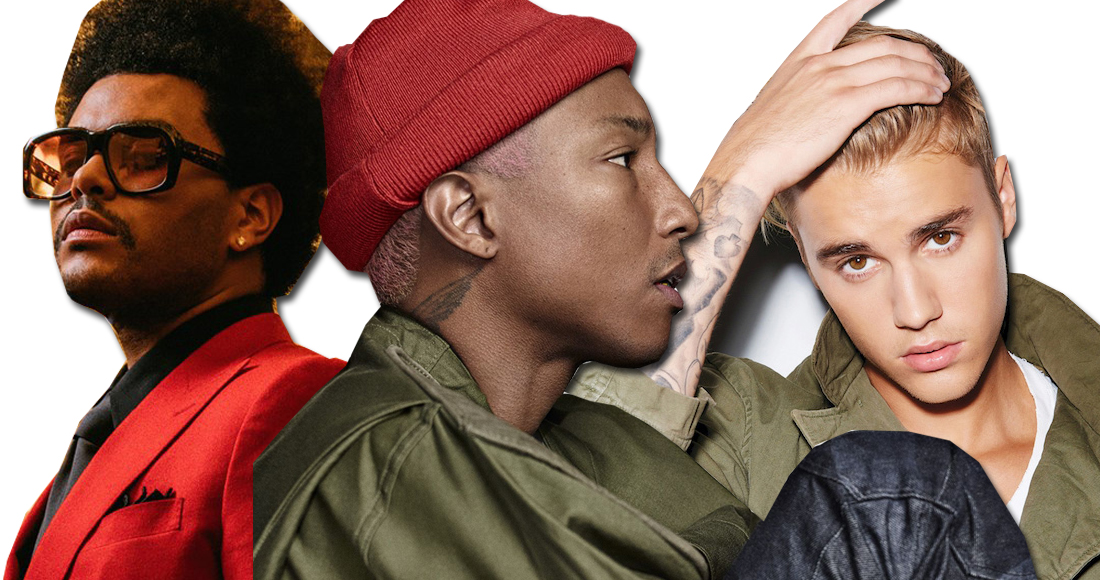 There's no clearer sign to prove your song is everywhere right now than getting a Number 1 single. And when a track manages multiple stints at the top, you know you're truly in the presence of a monster hit.

One of them is The Weeknd's Blinding Lights, which last week began its third separate stint at Number 1 on the Official Singles Chart. The Canadian artist's first UK chart topper first reached Number 1 back in February, enjoying two weeks at the helm before Billie Eilish dethroned him with her Bond theme No Time To Die. A week later, the 80s-inspired track ruled the roost again, this time for three weeks, before being bumped off by Saint Jhn's Roses. Those flowers quickly wilted and Blinding Lights began a third spell shining on Number 1.

So who else has enjoyed three stretches at Number 1? The first artist to do it was Frankie Laine back in 1953 with I Believe. The crooner's biggest hit is in fact the longest-reigning UK chart topper of all-time, reaching 18 non-consecutive weeks across three different periods across April, July and August of 1953.

Another big US star Guy Mitchell joined Frankie in the elite club four years later. Each of Singing The Blues' three reigns at the top lasted just a single week each, which is also the case for the next song that managed this feat.

41 years later, football anthem Three Lions by TV personalities David Baddiel and Frank Skinner plus Britpop group The Lightning Seeds became the next track to have a trio of distinct chart topping appearances. When first released in 1996 to mark the European Championships, the song was Number 1 two different times each for a week, then the 1998 version with new lyrics to mark England's World Cup campaign also hit the back of the net with a week at Number 1.

Fast forward to 2018 and England's incredible World Cup run that saw them reach the semi-finals lifted the song back to Number 1 again. Downloads and streams of both versions contributed to making Three Lions the first song in history with the same performing line-up to top the Official Singles Chart on four separate occasions.

In 2014, Pharrell's Happy spent a whopping 20 consecutive weeks in the Top 10, four of which were at Number 1 across two one-week stints and one two-week outing. Happy was so popular across its chart run that it one of the Top 10 bestselling songs in UK chart history and is the most downloaded song ever.

One artist has two songs that have each been Number 1 three separate times, and that's Justin Bieber. Lead single from his Purpose album, What Do You Mean was Number 1 for five weeks in total, and reclaimed the chart throne from Sigala and Sam Smith during its trifecta of runs at the top. Then in 2017, Justin's teamed with Luis Fonsi & Daddy Yankee for summer bop Despacito (Remix), another monster hit. The Spanglish track managed 11 non-consecutive weeks at Number 1, and was the second biggest song of the year.