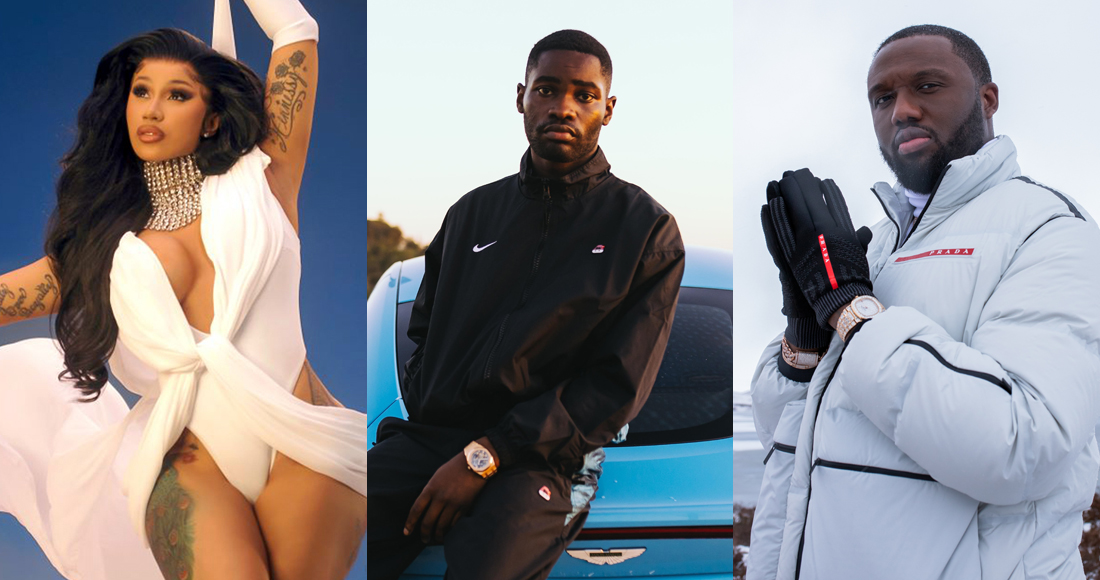 The popularity of rap and hip hop soared in the UK in 2020, new research by the BPI reveals.

The rise has been powered by streaming, with rap and hip hop tracks topping 50 million plays in the UK last year, the music trade body reports in its All About Music 2021 yearbook.

Rap and hip hop now accounts for well over a fifth (22%) of all UK singles consumption - a six-fold increase on 1999 - led by big-name acts including Drake and Eminem and driven further by rising stars such as AJ Tracey, Headie One and S1mba.

Seven of 21 songs to top the Official Singles Chart last year were were classified as rap/hip hop. Over a third of those were British acts, including big Top 10 hits by Aitch, Tion Wayne, Dutchavelli and DigDat.

Female artists are also driving the rise in rap/hip hop: Cardi B's chart-topping WAP, Megan Thee Stallion's Savage, and Doja Cat's Say So were all big hits last year, while Bree Runway and Flohio are among the artists making waves in 2021.

The genre's share of music consumption has now increased for six consecutive years in terms of singles streams and sales, according to Official Charts Company data. That growth also extends to the albums market, aided by chart-topping releases from 2020 by Eminem, J Hus, Juice WRLD, Headie One, Pop Smoke and Nines.

Rap and hip hop's market share in the UK is now over six times greater than at the start of the Millennium; in 1999 the genre's share of the albums market was just 2%.

Commenting on the rise of the genre in recent years, broadcaster Jasmine Dotiwala recalls a period in the 1990s when she was told rap and hip hop "would be a fleeting genre not to be taken seriously, especially the UK sound. Now it's woven into the fabric of mainstream Pop culture – the power of Hip-hop and the influence of UK talent can be seen at every turn.

"To see how successful British Rap voices across cultures are soaring with success is something we always knew was possible, we just needed the internet and streaming services to galvanise the British Rap and Hip Hop movements’ DIY ethos. To the musicians, their teams, the multiple media platforms, radio DJs, producers, live events teams, music journalists, those who champion the music and culture relentlessly and the music lovers.... Congratulations!"

Joseph ‘JP’ Patterson, EIC at Complex UK and founder of TRENCH Magazine, added: “To know how much Black British music has impacted the music industry at large is something that I couldn’t be more proud of. From the days when Grime and UK Rap was an afterthought in mainstream spaces, to now being a driving force in the UK’s musical landscape — it just goes to show that with great music and an even greater work ethic, the sky really is the limit. Dave, Stormzy, Ghetts, J Hus et al — some of our finest lyricists — are getting their flowers at the best point of their careers, and they deserve every last bit of it.

“We also shouldn’t forget the importance of the Grime resurgence that took place in 2014 and lasted a few years because the work that Skepta, Novelist, AJ Tracey and more put in laid the foundation for a lot of the chart invasion/BRITs nominations that we’re seeing today.”