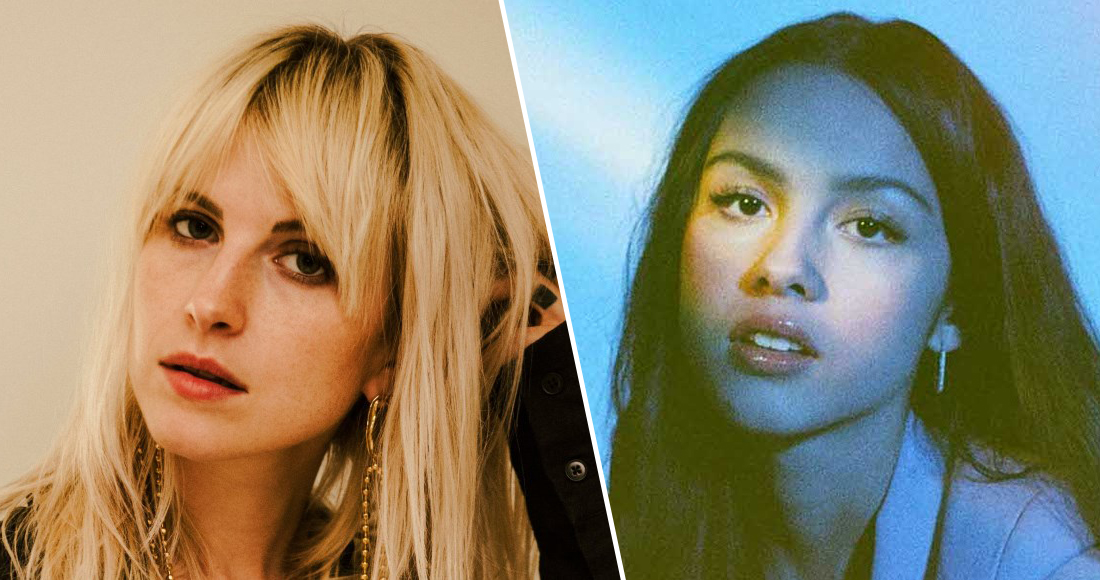 Paramore frontwoman Hayley Williams has seemingly been given a retrospective writing credit on Olivia Rodrigo's smash hit single Good 4 U.

The American Society of Composers, Authors and Publishers (ASCAP) website notes new writing credits for both Hayley Williams and former Paramore guitarist Josh Farro on the track, which reached Number 1 on the UK's Official Singles Chart in May in a week that Olivia scored the Official UK Chart Double.

The news came to light when Williams' publisher Warner Chappell Music shouted out the singer's achievements on Instagram, with her then re-sharing to her followers with the caption: "Our publisher is wildin rn."

While the context of the additional credit three months after Good 4 U's release is currently unknown, the announcement comes after comparisons were made to Paramore's signature song Misery Business, which Williams and Farro co-wrote. See more instances of after-the-fact song credits.

Listen to a mash-up of the two songs below.

Good 4 U is the third song from Rodrigo's chart-topping album SOUR to be given retrospective writing credits. Taylor Swift has been subsequently given writing credits on Top 3 single Deja Vu and album track 1 Step Forward, 3 Steps Back, which interpolate Swift's songs Cruel Summer and New Year's Day respectively.

Olivia Rodrigo is on course for a return to Number 1 on the UK's Official Albums Chart with SOUR. Battling Lorde for the top spot, Olivia could rebound back to the helm after her album's vinyl release. Meanwhile, the vinyl release of Hayley Williams' second studio album Flowers for Vases / DESCANSOS is pencilled for September 10.

To date Good 4 U has been streamed 115 million times so far in the UK and was in the Top 10 biggest songs of 2021's first six months, with its parent album SOUR ranking first of the year's biggest albums to date.

MORE: Are we witnessing the return of rock music to the Official Singles Chart?