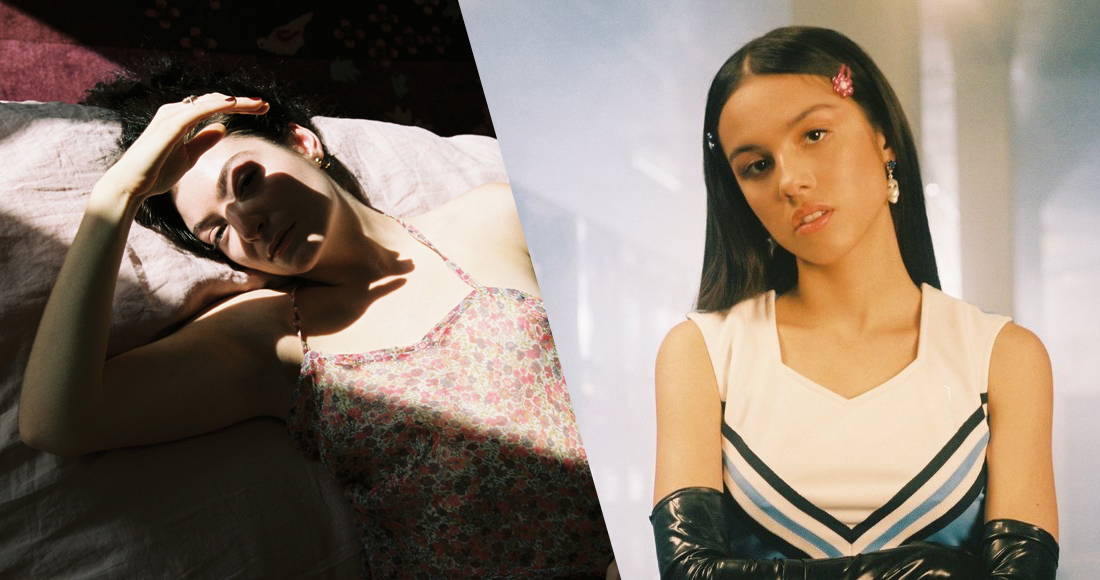 Olivia Rodrigo’s record-breaking debut album Sour is on course to return to Number 1 on the Official Albums Chart following its release on vinyl.

The album is leading across physical copies and streams, and if it holds on will claim its fifth total week at the top this Friday.

Close behind however is Lorde’s highly anticipated third studio album Solar Power at Number 2, which leads on digital downloads. Lorde’s previous albums Pure Heroine (2013) and Melodrama (2017) reached Number 4 and 5 respectively on the Official Albums Chart. See all of Lorde's hits on her Official Chart History here.

Jake Bugg’s fifth studio album Saturday Night, Sunday Morning is currently at Number 3, set to be his fifth Top 10 album, and Brentford’s finest MCs Kurupt FM are also eyeing up a Top 5 debut with their first album The Greatest Hits (Part 1) at Number 4, released alongside their new feature film People Just Do Nothing: Big In Japan.

Irish indie-folk band Villagers round off the midweek Top 5 with their sixth studio album Fever Dreams (5), which will be their first Top 10 album in the UK if it holds its place.

American rapper and singer Trippie Redd is also set to earn a Top 20 debut with his fourth album Trip At Knight (17).

Happy Mondays frontman Shaun William Ryder’s second solo effort Visits From Future Technology is at Number 23; a re-release of Paul Weller’s 2010 album Wake Up The Nation could send the album back into the Top 40 at 27, and Newton Faulkner’s seventh studio album Interference (Of Light) is at Number 31 midweek.

San Franciscan post-black metal band Deafheaven are currently at Number 34 with Infinite Granite, and finally, Scottish alternative rock band Vistas sit at Number 38 midweek with second album What Were You Hoping To Find?.