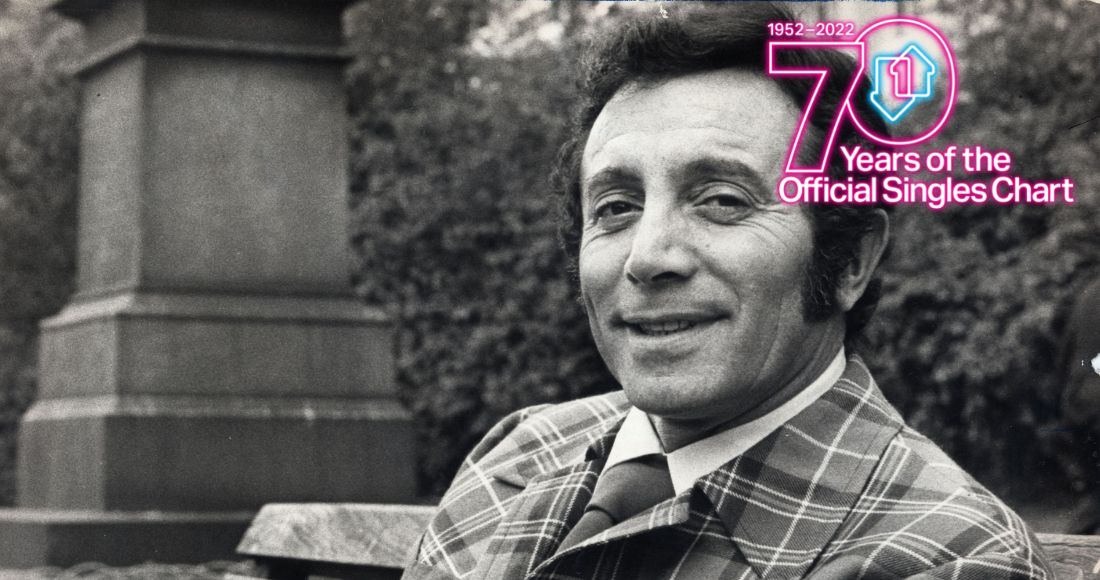 This coming week we're celebrating the 70th anniversary of the UK's Official Singles Chart - and what better way to do that than a look back at the first song to ever reach Number 1 officially in the UK?

The song that holds this distinction is Al Martino's Here In My Heart, which ascended to Number 1 on November 14, 1952.

For a little context: until this point, a song's popularity in the UK was not measured by physical sales, but by sales of its accompanying sheet music. But it was in 1952 that Percy Dickins, of the founders of NME (then known as the New Musical Express) decided to produce a sales-based chart.

Therefore, the first-ever Official Singles Chart was published on November 14, 1952. Its results were compiled by Dickins ringing up 20 record shops up and down the country every week, tallying up their biggest-sellers. Don't worry, our methods are a lot more robust now.

You may also notice that the Top 12 of the first Official Singles Chart is technically a Top 15, given that positions at Numbers 7, 8 and 11 were tied.

The top spot was taken by Italian-American crooner Al Martino and his track Here In My Heart. It would remain at the top for nine consecutive weeks, a UK chart record that would go un-broken until the current record-holder, Bryan Adams, came along in 1991 with Everything I Do (I Do It For You), whose run of 16 consecutive weeks at Number has yet to be overcome.

You can discover the longest-running Number 1 singles on the Official Singles Chart here.

At Number 2 was US singer Jo Stafford with You Belong To Me. This track would also go on to make history, as Jo would become the first female artist to score a UK Number 1 single.

The artist most dominant in the chart this week, however, was none other than the Forces Sweetheart, Dame Vera Lynn, with an impressive total of three entries; Forget Me Not (7), The Homing Waltz (9) and Auf Wiederseh'n Sweeetheart (10). In May 2020, Dame Vera would set an Official Charts record for the oldest person to appear on the Official Albums Chart Top 40, just one month before her death aged 103.