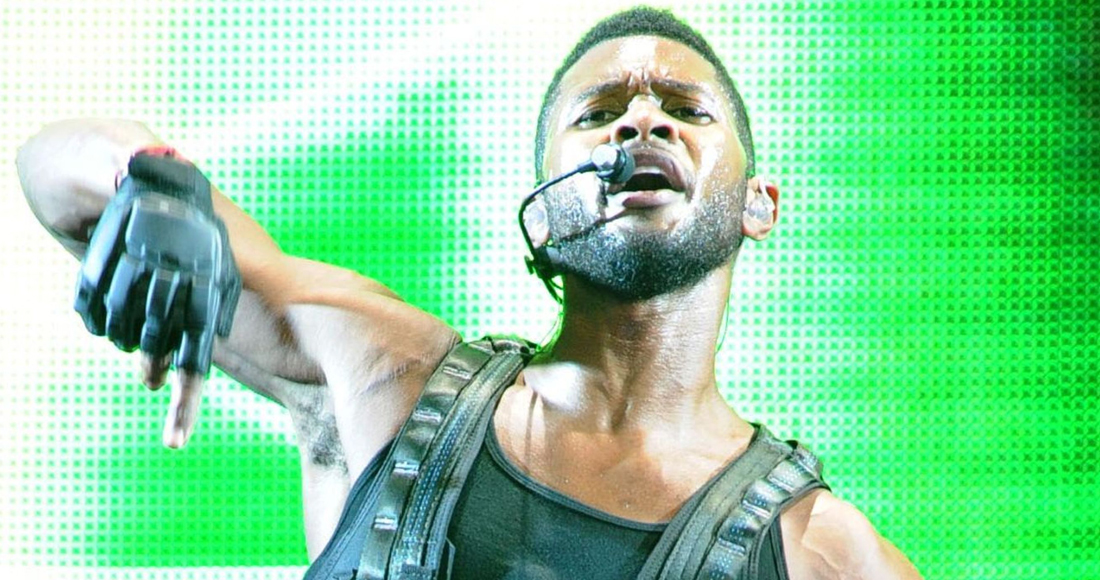 Oh-em-gee indeed. You know you’re a pretty good popstar if you can still pull in the Number 1 singles deep into your chart career, and Usher certainly qualifies. Over 12 years after his very first chart-topper, Usher landed his fourth, with OMG, a peppy, dancey departure from his usual R&B jams.

Back in 1998, Usher scored his debut Number 1 with the classic U Make Me Wanna, claiming a three-week residency at the summit. For the next 12 years, he made his name with a series of slick ballads or R&B uptempos, but as the 2010s got off to a proper start, Usher wanted to try something new.

So why the change in sound? Well it may have had something to do with will.i.am – heck, it definitely did. The Black Eyed Peas frontman, who was basking in the success of a stellar 2009 that had saw him score three Number 1s, was the man of the moment. Every popstar who wanted a banging beat was banging his door down.

The collaboration was a big success, shimmying its way to Number 1 this week in 2010! The track spent just a week at the top, ending Scouting For Girls’ two-week run, and managed to hang around the Top 10 for nine weeks in total.

See all Usher’s big ones in his chart archive

Check out all Will’s hits in the archive

OMG has sold 787,000 copies in the UK, and was knocked off Number 1 by X Factor contestant Diana Vickers with her debut single Once. (What a song.)

So Usher and will.i.am were having a good old LOL at Number 1 – what about the rest of the Top10?

2: Scouting For Girls – This Ain’t A Love Song

After two weeks at the top, it was time to move along. This Ain’t A Love Song  was the band’s only Number 1 and their most recent trip to the Top 10 too! They’ve had eight Top 40 hits altogether.

Scout through their hits in the archive

The prof’s first ever hit peaked right here on entry at Number 3, the first of four Top 10s for the star. The song this track was based on, INXS’s Need You Tonight, reached a peak of Number 2 in 1987.

A third Top 10 for Benjamin Balance-Drew. One more, Ill Manors, would follow in 2012. She Said peaked at Number 3, spending eight weeks in the Top 10.

This David Guetta-produced track gave Kelis her eight Top 10 single, 10 years after her very first – Caught Out There. Peaking here at Number 5, Acapella spent eight weeks in the Top 40.

Catch all Kelis’s hits in our chart archive

Kiesza went straight in at the top with her debut single Hideaway, while there were new entries from Shift K3y, Elyar Fox, Showtek and more. See for yourself in the Top 100 rundown for this week in 2014.