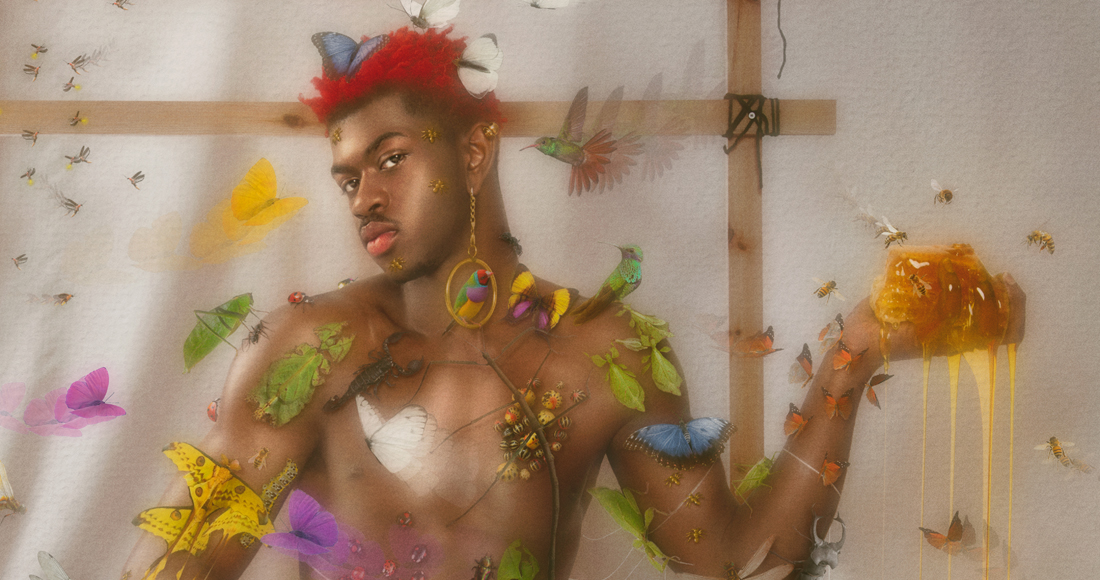 Lil Nas X lands in pole position on this week’s Official Singles Chart with Montero (Call Me By Your Name.

The US rapper and singer earns his second UK Number 1 with the track, following his breakout smash Old Town Road in 2019.

Montero has caused a stir online this week for its devilish music video, leading it to becoming the UK’s most-streamed song of the week with 6.8 million plays, 2.5 million of which were video streams.

Montero is the second single to debut at Number 1 this year, following Olivia Rodrigo’s Drivers License in January. Watch Lil Nas X's reaction to the news below.

Last week’s chart-topper, Nathan Evans’ Wellerman, drops to 2, and after ten weeks of climing, ATB, Topic & A7S’s Your Love (9pm) finally clinches a place in the Top 10, up four to Number 8.

Another big new entry this week comes from Mimi Webb. After early success on TikTok, the British singer-songwriter makes her Official Chart Top 40 debut with Good Without at Number 17. Close behind, British rappers Russ Millions & Tion Wayne are new at Number 21 with Body, their first and ninth Top 40 hits respectively.

Further down, Rasputin by Majestic & Boney M zooms 11 places to Number 38. The popular track on TikTok, which sees the North London DJ remix Boney M’s 1978 disco hit, sees Rasputin back in the Top 40 for the first time in 43 years.