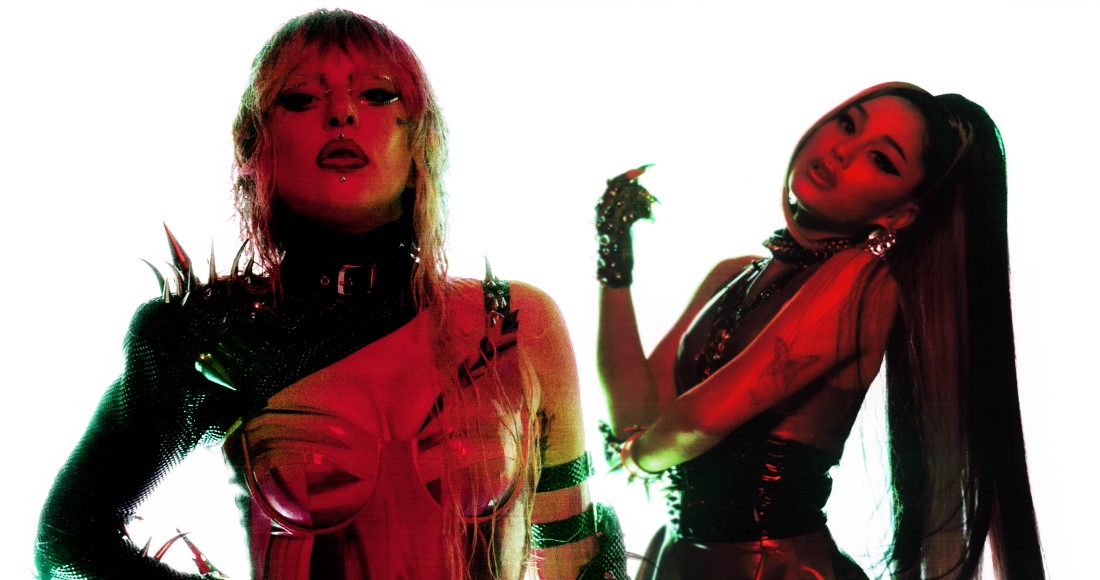 Congratulations to Lady Gaga and Ariana Grande, who storm to Number 1 on this week’s Official Singles Chart with Rain On Me.

Notching up 70,000 chart sales to seize Number 1 from last week’s leader, DaBaby’s Rockstar ft. Roddy Ricch, Rain On Me claims the biggest ever opening week streaming numbers by an all-female collaboration in the UK, with 8.1 million plays in seven days. It’s also Gaga’s first single to debut at Number 1.

“If someone told me the day I wrote Rain on Me, a day I was crying water like misery, that this song would someday be Number 1, I never would have believed them. Thank you for celebrating this song. It’s my gift to you, to celebrate yourself. I hope the whole world is dancing. To all my UK monsters, I love you so much from the bottom of my heart. Thank you for making me Number 1, and I hope you feel Number 1 every time you listen to this song.”

Both Lady Gaga and Ariana Grande now have six UK Number 1 singles each, joining the likes of Queen, Britney Spears and Rod Stewart. It’s also the first all-female collaboration to hit Number 1 in six years, since Ariana teamed up with Jessie J and Nicki Minaj on Bang Bang in 2014.

More climbs come this week come from Secrets by Regard & Raye, up five to 25, Party Girl by 19-year-old US rapper StaySolidRocky rises six places to Number 28, and In Your Eyes by The Weeknd lifts 10 spots to Number 29 following a new remix featuring Doja Cat.

The 1975 see their latest single If You’re Too Shy (Let Me Know) return to the Top 40 at Number 33 following the release of their fourth studio album Notes On A Conditional Form.

Further down, Think About Things by Icelandic singer Daði Freyr, Iceland’s Eurovision entry for the cancelled 2020 contest and now a viral hit on TikTok, climbs nine place to enter the Top 40 at Number. Finally, Who’s That What’s That by 19-year-old UK newcomer Niko B (real name Tom Austin) debuts at Number 39.