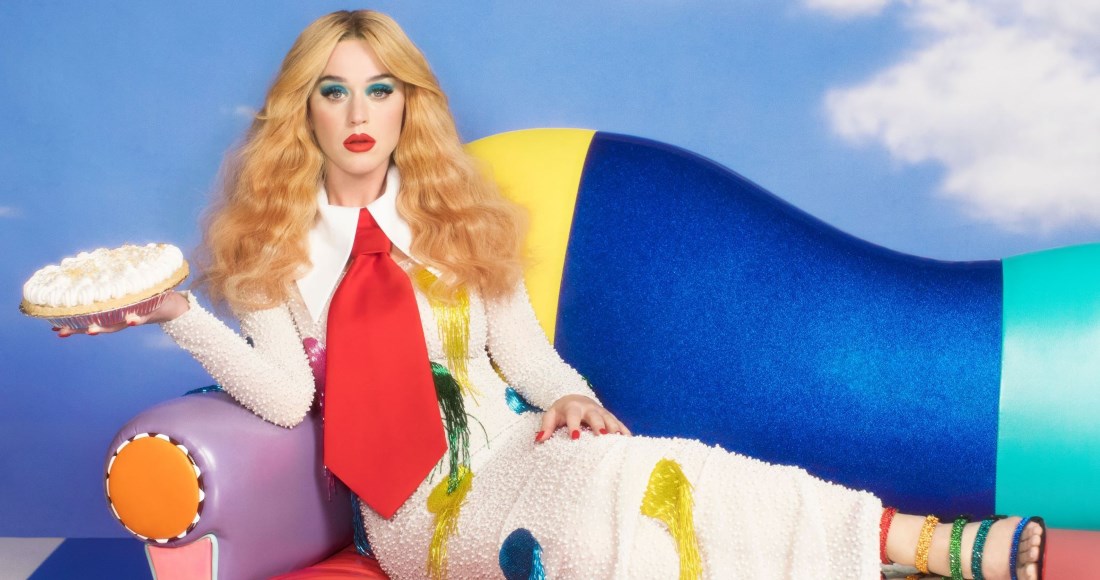 The time has come KatyCats. Katy Perry has a new album out and if bombastic pop is what you're after, her fifth collection Smile delivers it in truck loads. Katy is a sad clown on the cover but there's no reason to frown for pop music fans.

1. Katy Perry has had five UK Number 1 singles, the same amount as Beyoncé, Bruno Mars, Cheryl, David Bowie and several more. She is joint eighth when it comes to female artists with the most UK chart-toppers.

2. Roar is Katy’s biggest song in the UK, with 1.95 million chart sales across all formats.

3. Naturally, Roar is also her bestselling single, with 1.13m copies downloaded by the British public.

4. Roar claims another feat too, as Katy’s fastest-selling song – it shifted 179,534 units in its first week on sale to debut at Number 1. View the Top 100 from that week.

5. Roar is the 28th most downloaded song of all time, and seventh most by a lead female solo artist.

6. Katy has two million selling singles in the UK, Roar and Firework. Despite the latter not peaking at Number 1, it has huge paid-for sales of 1.11 million.

7. Firework topped out at Number 3 on the Official Singles Chart behind Rihanna’s Only Girl (In The World) and Take That’s The Flood, but is now a bigger hit than them both with 1.59m chart sales.

8. The Katy songs with the most weeks in the Top 40? Firework and Roar both scored 24 weeks.

9. Firework is taken from Katy’s second album Teenage Dream, with its Complete Confection edition being one of only eight albums in history to spawn seven or more UK Top 10 singles.

10. No surprise then that Teenage Dream is Katy’s biggest album in the UK with chart sales of 1.46 million, more than double than the next most popular, her debut album (under the stage name Katy Perry) One Of The Boys.

11. Katy’s major label debut single I Kissed A Girl is her longest-reigning Number 1 and clocked up five weeks atop the Official Singles Chart.

12. I Kissed A Girl also gave Katy her highest position on an End of Year Chart – it was the fourth biggest song of 2008.

13. Katy’s second single Hot N Cold peaked at Number 4 and charted behind Leona Lewis’ Run (1), Greatest Day by Take That (2) and Britney Spears’ Womanizer (3). Now, Hot N Cold has outstreamed them all, and has more paid-for sales than both Greatest Day and Womanizer.

14. Katy’s most streamed song is Feels, her collaboration with Calvin Harris, Pharrell and Big Sean, which has notched up 120.6m UK plays.

15. Katy has spent 11 weeks at Number 1 in the UK across her five chart toppers I Kissed A Girl, California Gurls, Part Of Me, Roar and Feels.

MORE: Looking back at the Official Songs of the Summer 2010

16. Katy’s most downloaded single to miss the Top 10 was The One That Got Away, which peaked at Number 18 and boasts a modest 367,855 paid-for sales – that’s more than higher charting songs like Wide Awake and Chained To The Rhythm.

19. Only one Katy song has peaked at Number 2, Teenage Dream. It now is a bigger bit than the track that beat it to Number 1, Olly Murs’ debut single Please Don’t Let Me Go.

20. Katy has appeared at Number 1 more times than any other position, with five appearances. Next most is Number 3 which she has peaked at four times. Her next most common is Number 37, reached by Bon Appetit, Zedd collaboration 365, and Daisies, the lead single from her new album Smile.