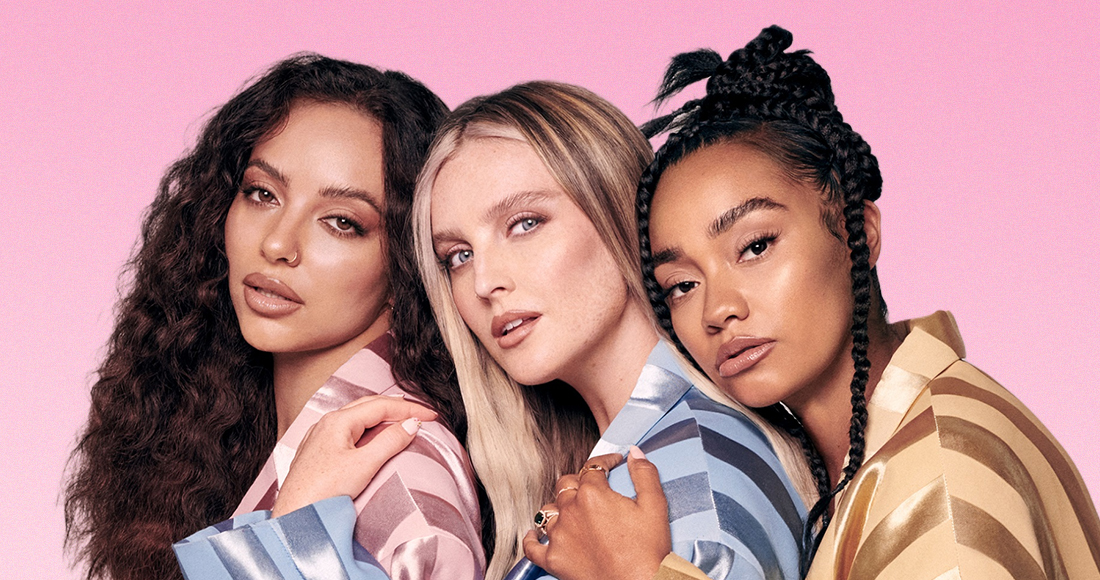 It wasn’t supposed to work out. Girl groups were, notoriously, The X Factor’s most ill-fated export. Many had tried; Kandy Rain, Hope, Belle Amie. All had failed.

Rhythmix’s fate was already sealed; their fifteen minutes mapped out for them. A tour of sticky-floored Oceana club PAs, performing Ke$ha covers to pissed-up students, before their names were confined to ‘where are they now?’ clickbait forever more.

Then, the unthinkable happened.

Week after week Jade Thirlwall, Leigh-Anne Pinnock, Perrie Edwards and Jesy Nelson progressed to the next stage of the live shows. An air of scepticism still surrounding them, the group showed early signs of breaking The X Factor’s age-old girl band curse.

Pre-performance VTs, famed for their sob stories and awkwardly-scripted pleas, proved unusually innate to Rhythmix. A natural chemistry radiated, with speeches of solidarity and bold statements of sisterhood. 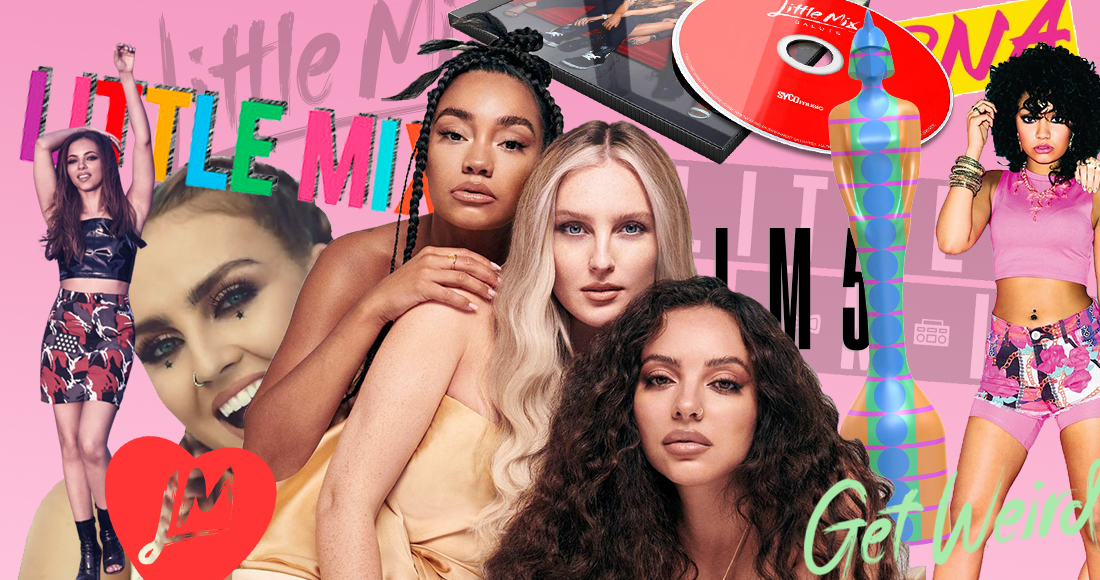 In the same way the Spice Girls had recruited a generation of young women in the ‘90s, Rhythmix were resonating with a demographic all too often underestimated. Girls related to their vulnerabilities. Loved their outfits (for better or for worse, at that point). Wanted to join their gang.

Though showing promise, the patriarchal world of pop doesn't suffer fools gladly; not least a bunch of young women with a relentless dream of becoming the next Baby Spice. While One Direction had proved a phenomenon the year prior, Rhythmix would likely have to work twice as hard to succeed.

No sooner had their X Factor journey started, than Rhythmix hit their first obstacle. With a charity already having trademarked the Rhythmix name, the girls were forced to change theirs. “We're the same girls as we've always been and we want to thank all of our fans for their continued support,” they said at the time. “We came up with some ideas for our new name, and we all agreed on Little Mix as it just felt right.”

Obstacles, it'll become clear, are somewhat of a recurring theme throughout Little Mix’s tenure. Doubters, down-players and defamatory headlines would plague their career from the off.

On December 11 2011, Little Mix made history by becoming the first group ever to win The X Factor, beating runner-up Marcus Collins. This was where the work really started. With a by-numbers Christmas cover of Damien Rice’s Cannonball sent into production immediately, Little Mix had everything to prove. 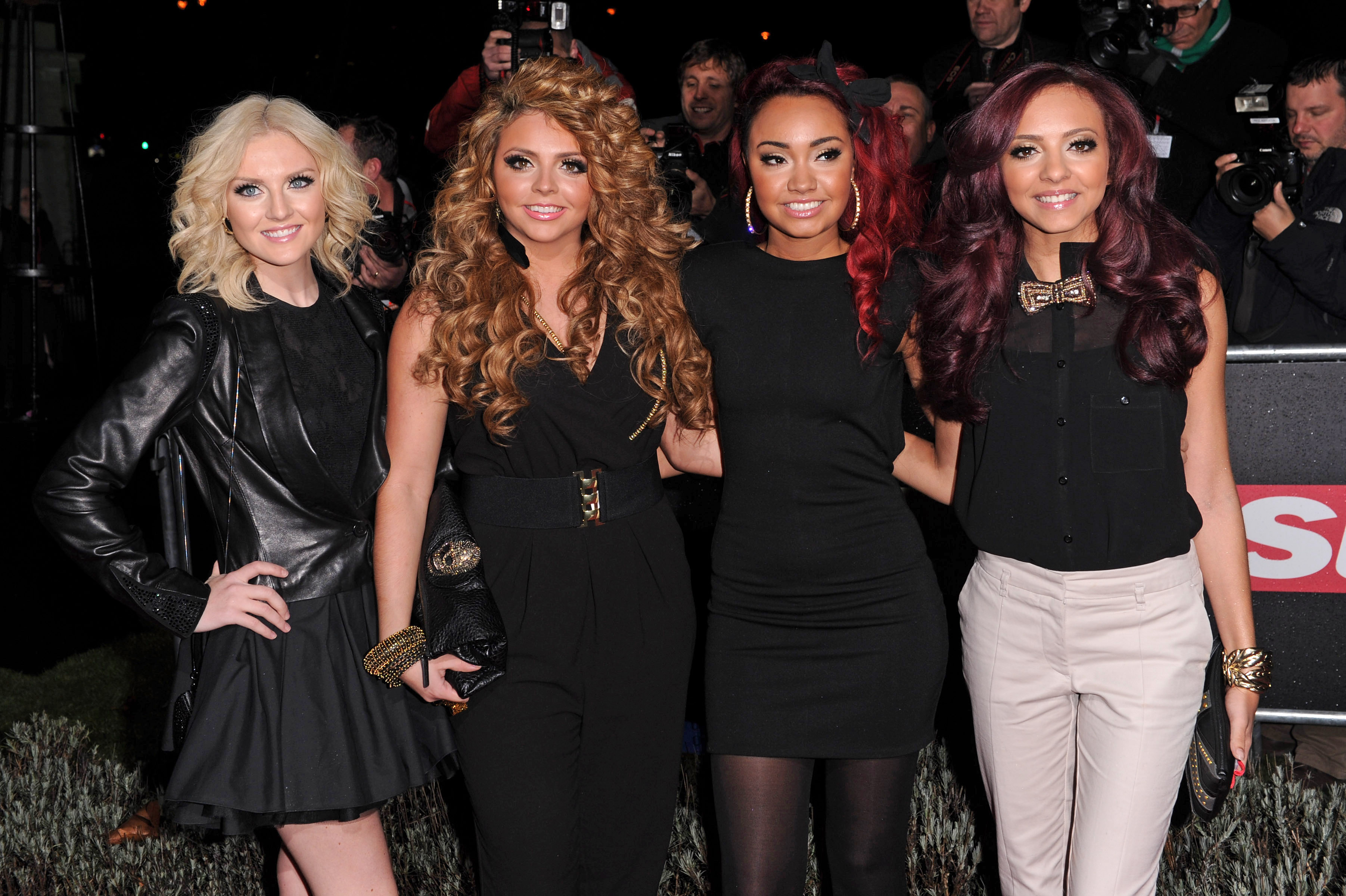 ‘You’ve got a right to show the world something never seen. We wanna hear you scream it out, you’re not alone…’

Little Mix’s debut album era cemented Jade, Leigh-Anne, Perrie and Jesy as a group of young women, for young women. Tracks like Number 1 Wings, Change Your Life and Always Be Together delivered messages of friendship and feminism; albeit in easily-digestible, 3-minute pop packages.

The band’s lyrics have, without doubt, shaped the lives of a generation of women the world over. “They’ve helped boost my confidence and how I feel about my body image," one fan tells me. "They’ve made me realise that you don’t need to be a size 2 to feel beautiful”. “The girls have completely changed my perception of myself and who I am,” another says. “They have given me so much confidence to be myself no matter the opposition or the consequence.”

DNA’s overarching message of acceptance and self-belief was more than just a major label marketing gimmick. The girls’ belief in their ethos was evident, which might be why the album managed to break US Billboard 200 chart records. DNA entered the Billboard 200 at Number 4, marking the highest ever chart entry for a debut album by a British girl group and breaking the Spice Girls' record.

It was around this time I first interviewed Jade, Leigh-Anne, Perrie and Jesy. A journalist mere months into my career, and a huge fan, to say I was nervous would be an understatement.

The group were promoting Missy Elliott collab How Ya Doin? and a lovely line of Elegant Touch nail wraps. Off I went with the idea of 'Little Mix's Nail Raps,' praying the girls would be receptive to the concept of rapping their lyrics in the name of shifting some accessories. 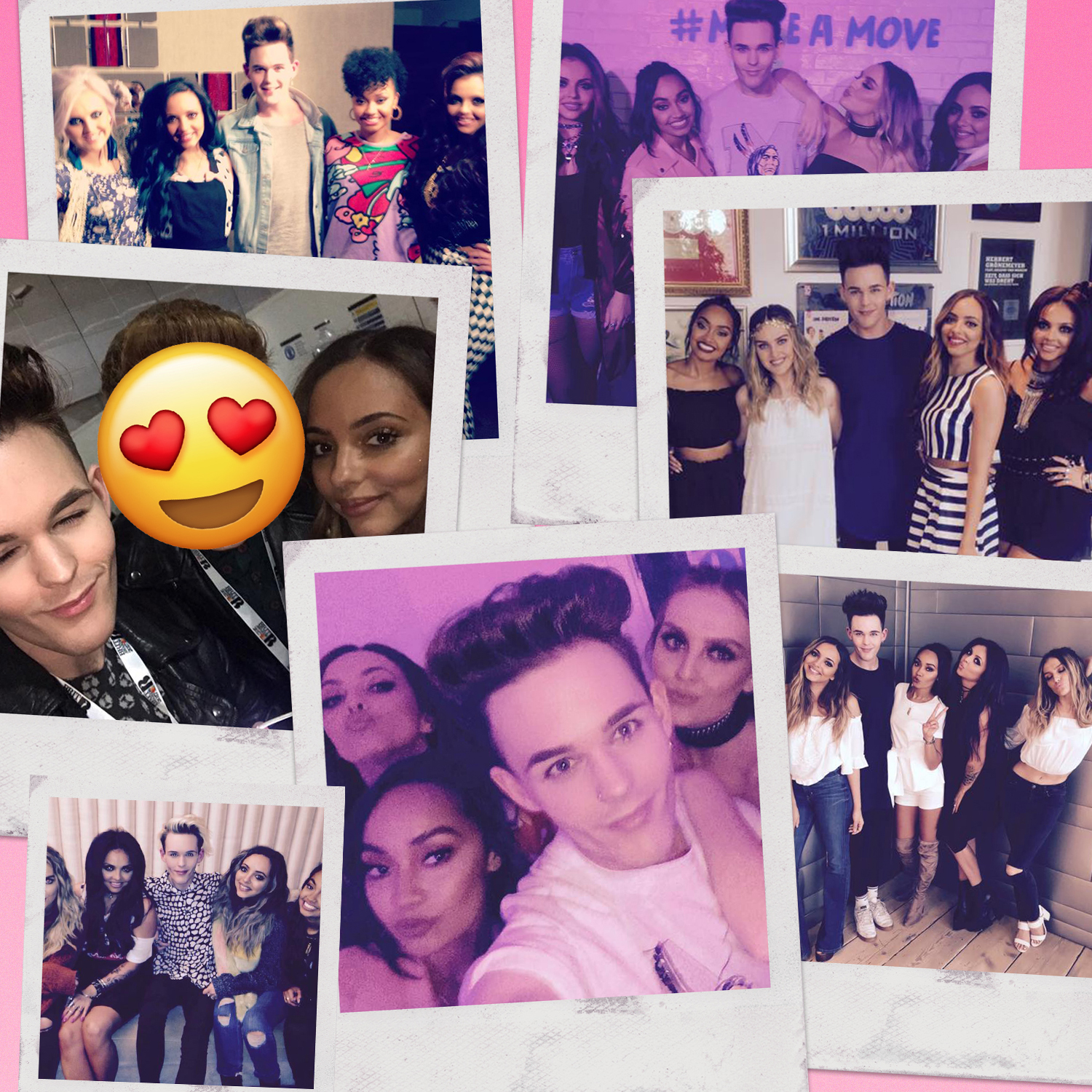 I'm lucky enough to say I went on to work with Little Mix countless times over the years, and will always vouch for their unparalleled professionalism. Despite being the world's biggest girl group of the past decade, Little Mix always remained the most humble, personable and interested interviewees. Our chats were hilarious (certain off-camera moments even more so); the girls never complaining despite their demanding schedule. Later, when I was made redundant from my job and facing an uncertain future, Jade was the first to offer advice. There was no ego. Ever.

Possibly my most hilarious anecdote, though, came the night Little Mix won their first BRIT Award. Having opened the ceremony with an iconic performance of Shout Out to My Ex and scooping Best British Single, this was surely their superstar moment?

Leaving the O2 Arena that night, a few gins in, I hear an 'alreet?' from a woman walking towards me. It's only Jade bloody Thirlwall, BRIT Award winner and global icon. Dragging a wheelie case, she whips out a Tupperware.

'Fancy a corn flake cake?', she asks, revealing a tub of Mini Egg-topped chocolate treats. 'I made 'em last night.' 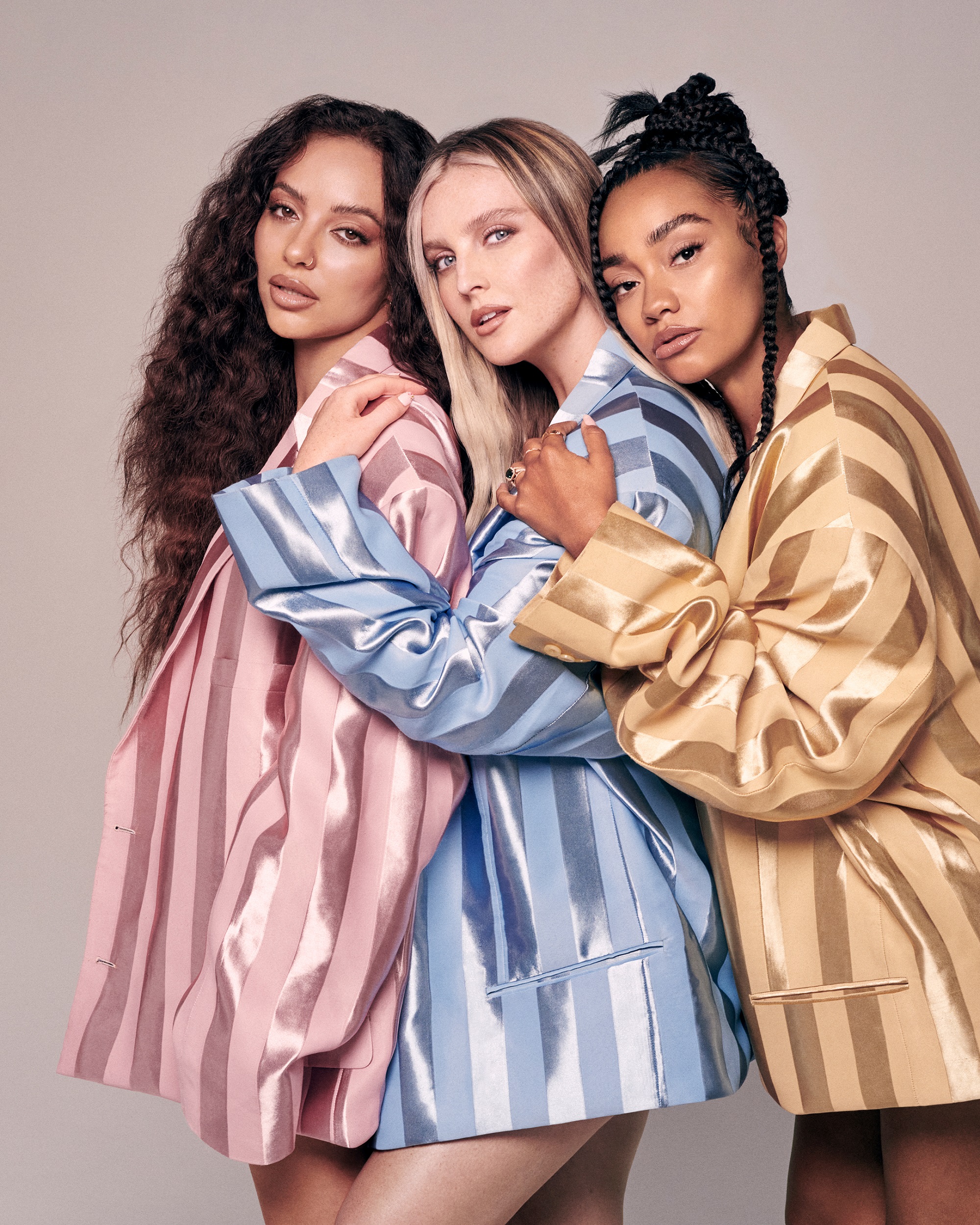 The girls' fight against the patriarchy continued throughout their follow-up albums; 2013's Salute, 2015's Get Weird and 2016 record Glory Days.

When one member of the group, aged just 21 at the time, lived out a very public relationship breakdown under incessant media scrutiny, she continued to smile throughout their promo tour of the US. Ever the professional, she turned up to work; not missing a single appearance despite interviewers’ intrusive lines of questioning.

Misogynistic headlines and a narrative of the ‘heartbroken’ female inevitably followed, while her male counterpart came out of the situation relatively unscathed.

Later that year, Little Mix bounced back with Shout Out to My Ex; a break-up anthem that went on to become their biggest hit with over 196 million UK streams to date. The group reclaimed the narrative and rewrote it on their own terms; unleashing a defiant beacon of strength through adversity. 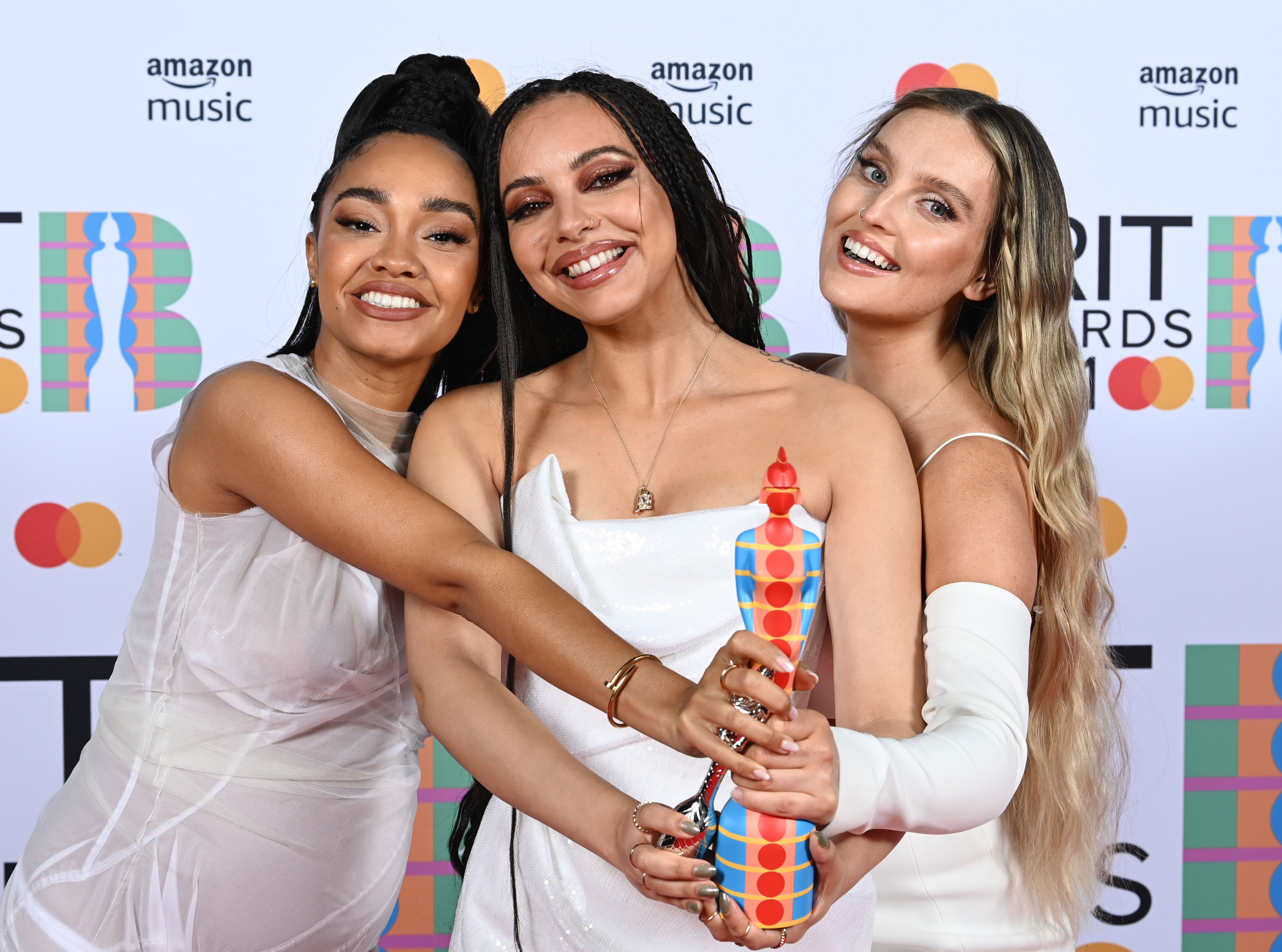 This wasn't the first time Little Mix would be forced to dispel tabloid headlines, and it certainly wouldn't be the last. 2018 LM5 track Strip - a strong statement of female empowerment - attracted some unwanted attention from a certain Piers Morgan.

Demanding the girls 'apologise' for a promo image, which saw them pose naked with slurs they'd received branded across their bodies, Piers brought to the fore an unwarranted criticism the group had faced all too often. Claiming the group had 'stripped off to sell albums,' he failed to acknowledge their unrivalled work ethic and vocal talent.

Contrary to Piers' absurd claims, Little Mix continued to promote positivity amongst their fans. "They’ve been a part of my life for ten years now and have given me a safe space where I feel accepted, valid and loved," one fan tells me. "They’ve helped me discover my worth and shown me to love me for me."

Another explains: "They empower women and give us confidence and complete acceptance in ourselves, physically and mentally."

Around this time, Little Mix chose to leave their record label, Syco, citing a different vision for the group than that of the label. Yet another example of the group taking control of their careers and taking a bold step to protect the brand they’d created, they remained typically-dignified throughout.

Their support of each other and, indeed, ladies all across the world aside, Little Mix have always used their platform for good.

Leigh-Anne Pinnock's Race, Pop & Power documentary saw her confront issues of colourism within the music industry and wider society. Jade Thirlwall continues to grow and educate herself an ally for the LGBTQIA+ community. "I hope over the years we've helped to give you confidence, know that we support you wholeheartedly," she recently told queer fans on the group's Confetti Tour.

To fans, this means everything. "They brought us together no matter what size, colour or sexuality we are. They became our safe space and we made friends from everywhere around the world," one tells me. "The girls made me feel comfortable with my sexuality and helped me to embrace who I truly was," says another.

In May 2021, Little Mix became the first female act in the BRIT Awards’ 431year history to win the Best British Group prize. Ever-humble, they took the opportunity to thank their predecessors for paving the way for women.

“It’s not easy being a female in the UK pop industry,” explained Leigh-Anne. “We've seen white male dominance, misogyny, sexism and lack of diversity. We're proud of how we've stuck together, stood our ground and surrounded ourselves with strong women and we're now using our voices more than ever.”

Jade added: “The fact that a girl band has never won this award speaks volumes. So this award isn't just for us, it's for the Spice Girls, Sugababes, All Saints, Girls Aloud. All of the incredible, incredible, female bands, this one is for you.”

So, at around 10.30pm on Saturday 14 May 2022, when the curtains close and all of the lights go down, Little Mix can close their chapter sure of this. They defied all odds to break boundaries, break records and - beyond the music - provide a space for a generation to discover their true selves without judgement.

NOW: Relive Little Mix's incredible career with every single and album artwork - from Wishing on a Star to Between Us