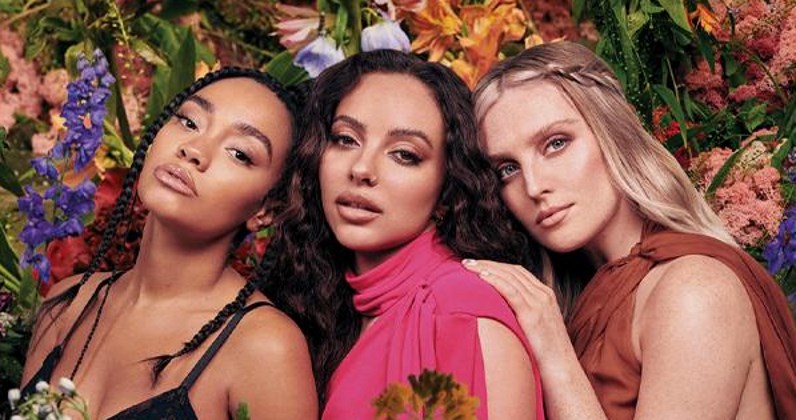 Any self-respecting fan will tell you that singles only show half the story.

In most cases, an act's non-singles are a strong showcase for an altogether deeper - and sometimes weirder - dive into their artistry and identity. Little Mix are no exception.

Yes, we all know the chart-topping bangers and the intricate choreography of Jade's verse in Touch from front to back, but the darker recesses of their catalogue, unencumbered by radio and chart expectations, reveal a girlband who were as willing to experiment stylistically as Girls Aloud or Sugababes were back in the day.

To celebrate (mourn) Perrie, Jade and Leigh-Anne's final leg of shows in the UK, the Official Charts Company is happy to unveil the Official biggest non-singles by Little Mix. As a caveat; we've included data for all songs included on Little Mix's studio albums that weren't issued to radio as definitive singles.

MORE: The biggest non-single from each Little Mix album

Front-to-back, Little Mix's Top 10 biggest-selling non-single tracks are full of fan favourites from some of their most popular eras. Interestingly enough, though, no album tracks from DNA, Salute or newest greatest hits collection Between Us make the cut.

In the interest of fairness, however, we can reveal that DNA's biggest non-single track is Always Be Together, Salute's is Good Enough and Between Us is its title track.

The cuts included here go from the ridiculous double-entendre of A.D.I.D.A.S (20), the baroque-pop flashes of Private Show (18) and the exquisite garage influences of Happiness (15).

The girls' shapeshifting fifth album, LM5, is also represented in the list by the similarly metamorphic Joan of Arc (13) and the emotional semi-ballad The Cure (12) - while third record Get Weird's title track, the funk-inspired Weird People (11) and Jess Glynne co-write Grown (9).

You can check out the Top 20 in full below, but before then, let's dive into the Top 5 in more detail...

Originally written by Meghan Trainor for inclusion on her second album Thank You, the sassy You Gotta Not sees Little Mix wax lyrical about everything a man does that annoys them. And you know what? They were right. You still smoke cigs? Ew!

You Gotta Not ranks as the group's fifth most popular non-single track - with over 186,000 combined chart sales to its name and 18 million streams.

The emotional epilogue to Secret Love Song (released as a single with Jason Derulo), this special Part 2  really lays bare the track's emotional core, and has become an unofficial anthem for same-sex love.

Secret Love Song Pt. 2 has combined chart sales in excess of 241,000 as well as over 23 million streams.

That's more like it. Wasabi is a strange, shape-shifting track that sees Little Mix at their most experimental - melding hard-edged hip-hop beats with an industrial pop riff.

Built around a very strange spoken-word chorus by Jade Thirlwall (where she demands you to 'spit me out like hot Wasabi'), Wasabi has earned chart sales of over 245,000 in the UK - and has a very healthy 30 million streams to its name, following a viral TikTok moment in the first lockdown.

The most popular non-single from the vibrant Get Weird, Love Me Or Leave Me as been a long-time career highlight for both Little Mix and their fans. Never performed live in its initial lifetime, the stirring mid-tempo ballad was co-written by Julia Michaels, and its soaring chorus really puts each girls' voice to the test.

Now, however, Little Mix are finally performing the song live the arena-sized crowds on their final (for now) tour. It's appropriately also the band's second-most popular non-single of all time in the UK. Love Me Or Leave Me stacks up over a mammoth 320,000 chart sales and has well over 39 million streams too.

Despite being performed live at The X Factor final in 2016, Oops (a duet with US crooner Charlie Puth) was actually never officially issued as a single, although it clears the runway as the girl's most successful non-single by far. (This may be a tough pill to swallow for Perrie, who admitted to Buzzfeed this was actually her least favourite Little Mix song. Sorry Pez!).

All in all, Oops is triumphant with chart sales in excess of 431,000 - meaning it's actually Little Mix's 23rd biggest track of all time in the UK, stacking up decently against some of their singles. It also has the most streams for any non-single track; a massive 40 million!