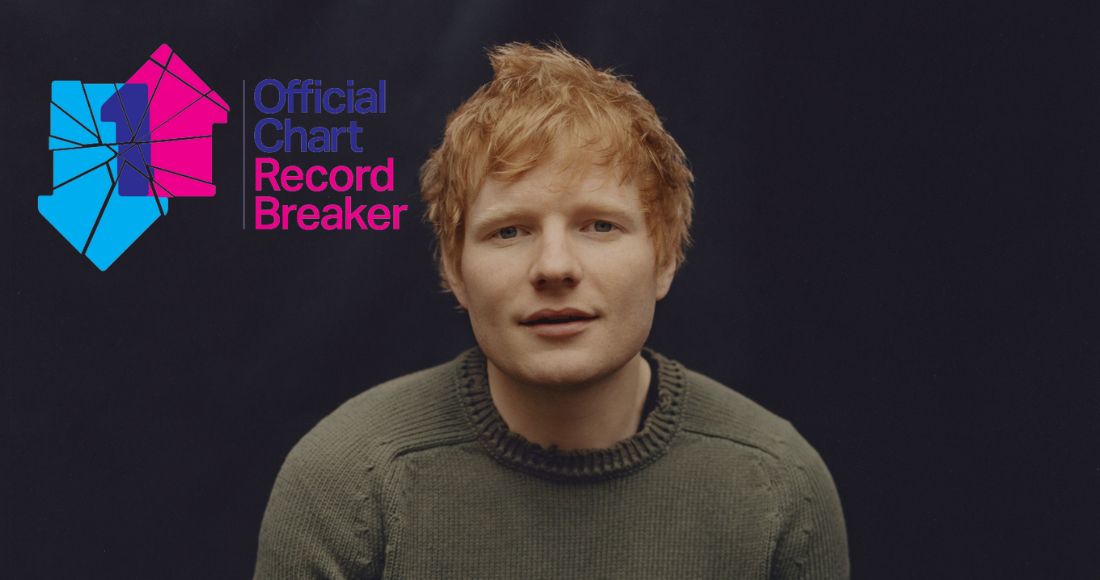 Ed Sheeran has broken yet another Official Charts record, becoming the first artist to ever have four albums chart inside the Official Albums Chart Top 10 for a year.

Today, the Official Charts Company can confirm that four of Ed's studio album -  + (Plus), x (Multiply), ÷ (Divide) and = (Equals) - have now all charted for 52 weeks or more inside the Top 10 of the Official Albums Chart.

Ed is the first artist to ever achieve this, the only other act to have more than one album achieve this feat is Simon and Garfunkel, with two albums.

Speaking exclusively to OfficialCharts.com, Ed said, "Delighted to find out that four of my albums have spent a year or more in the UK top 10. Thank you to my wonderful fans for making this possible, you’re the best. See you in 2023 x"

This means that Ed is also officially one of the artists with the most UK Number 1 singles in Official Charts history. Ed now draws level with none other than the Queen of Pop, Madonna. Only Cliff Richard & Westlife (14), The Beatles (17) and Elvis (21) have more.

With a new LP apparently called - (Subtract) on the way, Ed has spoken about how the "pressure is off" for him to continue writing hits, as he prepares to premiere a brand-new, tell-all documentary and extend his world tour until at least 2026.

Take a look back to 2018, when Ed's Divide became his third album to chart inside the UK Top 10 for a year.