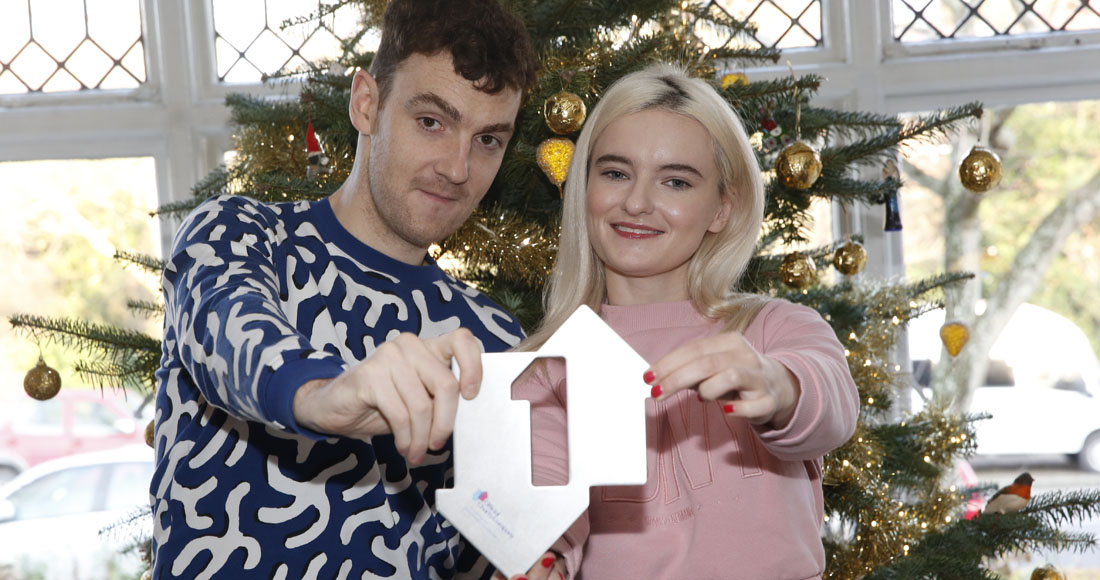 Clean Bandit bring home the most coveted chart accolade of the year – the Official Christmas Number 1 2016, with their huge chart smash Rockabye, the OfficialCharts.com can confirm.

The classical crossover trio have held off competition from Rag‘n’Bone Man, Little Mix and a raft of campaigns and charity singles with Rockabye, a song that first entered the chart nine weeks ago, before later climbing to the top spot to score an impressive seven-week reign at Number 1.

In that time Rockabye has become one of the year’s biggest hits across both downloads and streams, racking up 589,000 combined chart sales to date.

"To have been Number 1 for seven weeks is something amazing in its own right that we are all incredibly proud of, but to now be Christmas Number 1 is mind-blowing," they said. "It’s something we never imagined would happen with Rockabye when we were writing and recording it. Thanks to everyone who has made this happen! We hope you all have a Merry Christmas and New Year!"

The group also reveal in the video that they considered recording a Christmas version of the track, and, while Jack quipped that his mum has a theory Rockabye is in fact about Jesus.

Celebrating Clean Bandit's achievement, Ben Cook, President of the band's label Atlantic Records, said: "This is the most highly contested Number 1 chart position of the year and I’d like to congratulate Jack, Grace and Luke on achieving this incredible milestone and an impressive seven weeks at Number 1.

"Credit also goes to Anne-Marie and Sean Paul for amazing vocal performances and I’d like to thank the wider Atlantic and Warner Music teams who have worked hard to deliver the track so well here and abroad."

Clean Bandit join several other acts across history whose tracks were already in residence on the Official Chart throne before eventually clinching the Christmas Number 1. The likes of the Human League’s Don't You Want Me (1981), Whitney Houston's I Will Always Love You (1992), East 17's Stay Another Day (1994), and even Mr Blobby, who hit Number 1 in early December 1993, before being toppled by Take That’s Babe, only to then reclaim the top spot in time for Christmas.

Meanwhile, Clean Bandit have held off competition from breakthrough star and BRITS Critics Choice winner Rag ‘n’ Bone Man who finishes the race in second place with his track Human.

One Direction’s Louis Tomlinson and Steve Aoki slip down one place to Number 3 with Just Hold On, Little Mix new single Touch leaps 19 places this week to land at Number 4, while Zara Larsson’s I Would Like secures its first appearance inside the Top 10 at Number 6.

This year’s race welcomed a host of new contenders battling for the Christmas Number 1 crown, many raising money for worthy causes.

Rangers football fans delivered the highest-charting ‘campaign’ this week, pushing Glad All Over by The Dave Clark Five back into the Official Chart in support of striker Joe Garner, following their 2-1 win over Hamilton last weekend. Glad All Over originally topped the Official Singles Chart back in 1963, toppling The Beatles’ I Wanna Hold Your Hand.

Inspiral Carpets fans helped the Manchester band’s 1994 hit Saturn 5 to its first chart appearance (48) in nearly 23 years, in tribute to drummer Craig Gill who sadly passed away last month. Read our interview with the campaigners here.

London Hospices Choir – a team of volunteers and staff from 18 hospices across London debut at Number 81 with their cover of Mike & The Mechanics’ The Living Years.

Yorkshire’s Everley Pregnant Brothers’ and their rework of Kings of Leon’s Sex On Fire, Chip Pan, debuts at (131), while You Can’t Always Get What You Want by Friends Of Jo Cox released in memory of the late politician who was tragically murdered earlier this year in Birstall, West Yorkshire ends the week at 136. Salford’s James ‘Shinny’ Davenport finishes at 252 with Christmas Number 1, and Hartlepool’s Liv ‘N’ G land at 280 with Our Superhero (A Christmas Wish).

Festive songs account for nearly one third of this week’s Official Singles Chart Top 100, with a whole host of seasonal classics jingling all the way into the Top 40, led by Mariah Carey’s All I Want For Christmas Is You (5), the song’s highest peak since 2007, The Pogues ft. Kirsty Maccoll’s Fairytale Of New York (15), Wham’s Last Christmas (16), Shakin’ Stevens’ Merry Christmas Everyone (22), Chris Rea’s Driving Home for Christmas (26), Wizzard’s I Wish It Could Be Christmas Everyday (27) and Band Aid’s Do They  Know It’s Christmas (35). Festive songs account for Michael Buble’s It’s Beginning To Look A Lot Like Christmas hits a new peak of 38, and Slade’s Merry Christmas Everybody (39).

Check out the Official Christmas Top 100 in full here