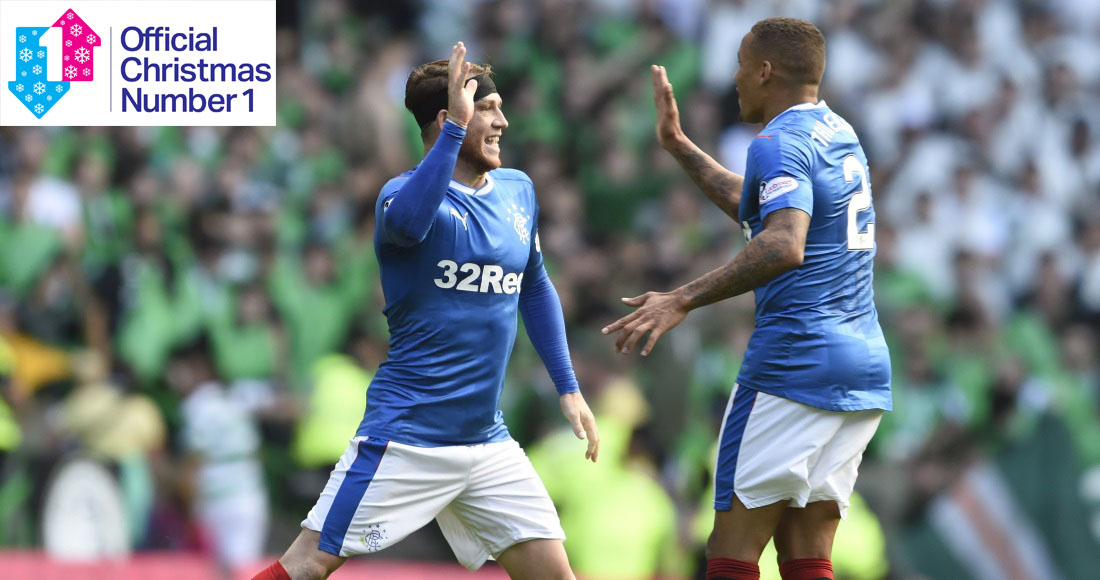 A campaign by Rangers fans to get Dave Clark Five’s Glad All Over to Number 1 continues to grow, making a massive leap up this week’s Official Singles Chart today (December 22).

OfficialCharts.com can reveal the track, which is in support of Rangers striker Joe Garner, has crashed into the Top 40 at Number 40 in today’s sales flash, a leap of 24 places overnight.

However, Glad All Over still has a long way to go to reach Number 1 by Friday. With just one day until this week’s Official Chart reveal, its combined sales are currently a third of those in the Top 5.

MORE: When will the 2016 Official Christmas Number 1 be announced?

The song’s bid for chart glory started after it was played out during a match last Friday (December 16), when Rangers beat Hamilton 2-1. Fans chanted the track with the chorus changed from: "I'm feeling... glad all over" to "We've got... Joey Garner".

Dave Clark himself has since thrown his support behind the campaign, telling The Scottish Sun: “I was stunned when I heard.

"I’m a big Tottenham Hotspur fan and love football, so it’s great to hear football fans have got behind me like this."

Glad All Over reached Number 1 on the Official Singles Chart in 1963, knocking off The Beatles' I Want To Hold Your Hand.

The song has also been used in various forms by other clubs across the UK and is also used by Crystal Palace on matchdays.

The 2016 Official Christmas Number 1 will be announced on Friday, December 23 on BBC Radio 1's Official Chart show, which starts at 4pm. The full Top 100 will be unveiled here on OfficialCharts.com at 5.45pm. Click here to see the latest Top 100.

Can you remember every Official Christmas Number 1? Refresh your memory below: