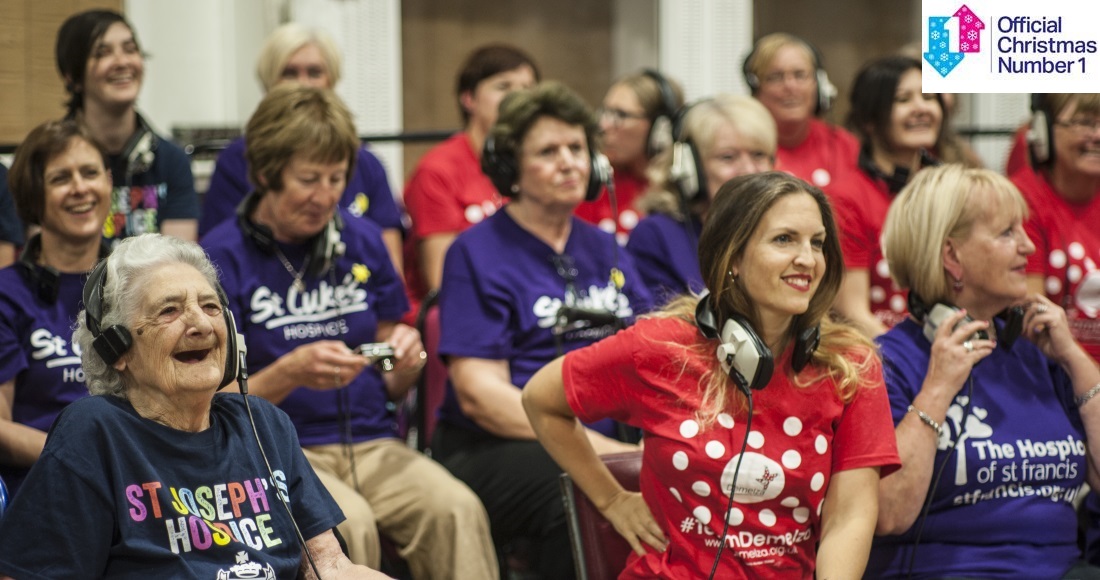 The London Hospices Choir is made up of 300 people who represent 18 different hospices from across London, all of whom have united to celebrate 125 years of the Royal Trinity Hospice in Clapham. Together, they hope to encourage family values with their single, in addition to promoting the extraordinary work that hospices provide to the UK.

Patients aged anywhere between 12 and 94 have joined the staff to record a cover of Mike and the Mechanics' The Living Years. The new version is in collaboration with the band's original member Paul Carrack, and is being backed by Strictly Come Dancing's head judge, Len Goodman.

We spoke to Clare Cook and James Hawkins who are the team behind the London Hospices Choir single to learn more about their fantastic cause - and how they rate their chances of topping this charts this Christmas. 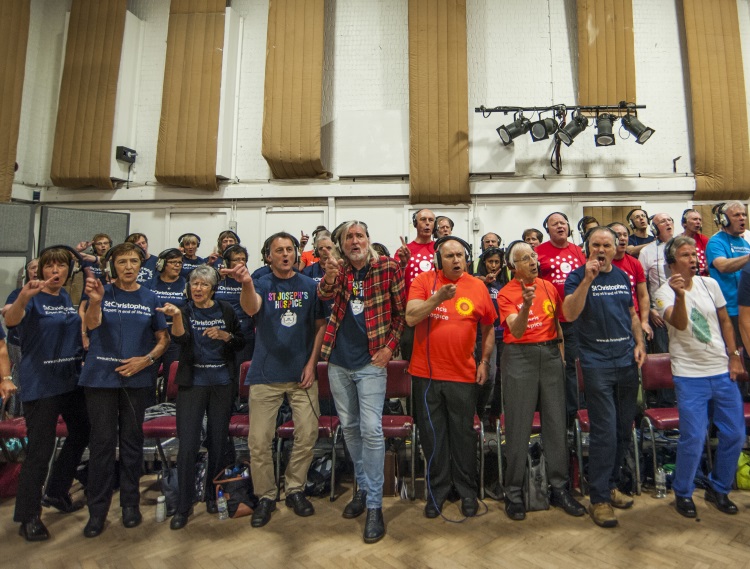 Who are the London Hospices Choir and how did the option to record a single come about?

"Royal Trinity Hospice in Clapham wanted to do something to raise awareness and funds for hospices as it was their 125th anniversary. The idea of releasing a song came from their trustees and they asked us to make it a reality. We invited London's hospices to get involved to form the choir and also to benefit from the sales of the single. We were thrilled that 18 of them were keen as mustard to be a part of it.

"The first time the choir of 300 people was brought together was in September for a rehearsal at All Saints Church in Kingston, and it was an incredible day - from the moment the three hundred voices started to sing together, we knew that it was going to work! And this is, we hope, just the beginning of our journey!

"Excitingly, we then had the opportunity to invite the choir to record at Abbey Road's world famous studio. The atmosphere was electric on the day. We are so very grateful to the patients who were being looked after by the hospice and invited us in to film their experience - these are some of the most moving moments on the film."

MORE: How to get a Christmas Number 1 - tips and tricks

What led to your decision to enter the Christmas Number 1 race?

"We had been very inspired by the NHS Choir and their campaign last year and felt that the work of the hospices - who rely heavily on funding - was something that everyone, young or old would want to support. About 30% of people dying in the UK receive help at some stage from hospices. That's pretty incredible. We have also been so thrilled that the @NHS4XmasNo1 campaign team have given us their backing this year."

The Living Years is an iconic single, but why cover that song in particular?

"The song choice came to James Hawkins, the music producer and LHC choir director. The themes are so poignant within the context of the work hospices do - especially lines such as 'I wasn't there that morning when my father passed away. I didn't get to tell him all the things I had to say'. So the song has a dual purpose - to raise funds for the hospices, but also encourage everyone to have those important conversations this Christmas."

You even have one of the band’s original members on board. How did Paul’s involvement come to be?

"We were so lucky that having had the idea, the first thing we did was to approach Paul via his fantastic manager Peter Van Hooke to ask whether he would do lead vocals once again on this new version of the song, and the answer that came back was a quick and unequivocal YES. We knew then that we were onto something really special and the momentum has continue to grow from there. He IS 'The Living Years' and his warm tones make this track what it is."

MORE: Look back at Every Official Christmas Number 1 ever in our gallery

You'll no doubt be aware of your chart rivals; who do you see as your biggest competition?

"Well there are already a lot of strong contenders and the race has just begun. We were amazed to have been chosen as the bookies favourite so early in the race, but we have a huge mountain to climb to make that a reality. Of course, X Factor is always the first that comes to mind, but there is also the brilliant Gareth Malone who was of course also an inspiration for us. There's the tracks from the Christmas ads who also will be difficult to beat.

"We just hope that the public will see what an important cause the hospices are, and what a poignant message The Living Years has to share this Christmas."

What makes the London Hospices Choir special and deserving of the coveted Christmas Number 1?

"The themes of the song - not letting a moment pass, and loving people in your life in The Living Years has never been more important than it is today. Conversation seems to be a dying art with everyone head down in their smart phones and tablets, but this track encourages us all to look up and to talk to the people we love. When better to hear that message than at Christmas?

"Most importantly though for the patients, families, staff and volunteers who make up the choir from 18 different hospices, that recognition of the importance of these incredible places, and hopefully vital funding could be transformational this Christmas."

What would it mean for you to become the 2016 Christmas Number 1?

"To be able to tell 94-year-old Lilllian and 12 year old Bailey, and the 298 other singers that they have done something so momentous for the people they love, would be second to none."

You can pre-order the London Hospices Choir and Paul Carrack's The Living Years now. The song is officially released on Friday December 16.

Who do you think will be this year's Official Christmas Number 1? Vote in our poll: