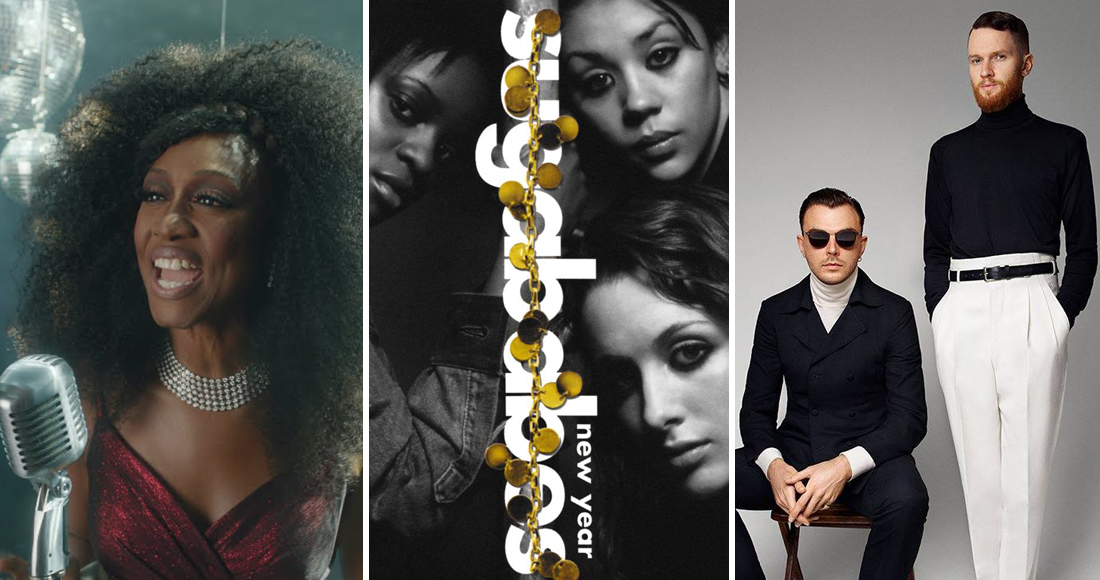 While we're now accustomed with Christmas classics making a triumphant return to the chart every December, this trend is a relatively recent one in the 69 years of UK chart history. It all started in 2007, when downloading had fully established itself as the favourite way to purchase singles, thus making it easier for old ('catalogue') singles to re-enter the Top 40.

Looking back at the Official Chart in Christmas 2007, Mariah Carey, Wham! and The Pogues led the charge with their festive tunes, while Wizzard, Slade, Shakin' Stevens, Band Aid, Chris Rea and Bing Crosby were among those featuring further down the Top 100.

A similar pattern has emerged every year since - Mariah, Wham! and The Pogues remain the holy trinity of favourties, while the evolution of streaming in 2014 has effectively created a festive hall of fame in the Top 40 every December. But what about the songs that don't gain instant Christmas classic status?

The sheer amount of festive songs released since chart records began in 1952 means only so many can make it into the hall of fame, and some tunes have to wait years before their perennial festive credentials are recognised. But if you're already maxed out on Mariah or weary of Wham's Last Christmas, here are some of the standout seasonal songs that are just as festive but have been overlooked somewhat. Until now.

George Michael was always going to have a challenge on his hands when it came to topping Last Christmas, but the wistful, soul-drenched December Song - a Top 20 hit when it was released in 2009 - is a classic George ballad. Fun fact: it was originally written with Spice Girls in mind and later Michael Bublé before George decided to keep it for himself.

Kate Winslet - What If

When asked about her first and only foray into music in 2001, movie star Kate Winslet admits she cringes at the memory, but the track itself still stands up as a slice of twinkly noughties nostalgia. The star recorded What If for Christmas Carol: The Movie and was thrown in as a contender for that year’s Official Christmas Number 1. It reached a very respectable Number 6 in the end, beaten to the top by the equally unexpected Robbie Williams and Nicole Kidman's Somethin' Stupid.

Despite two hugely successful acts scoring Top 40 hits with a cover of this bluesy track, originally released by Charles Brown in 1960, it rarely makes an appearance at Christmas.

Don't be fooled by the title, this single from 2000 by Sugababes is as much about Christmas as it is about January 1. The teenage angst and fierce attitude of the original lineup is a welcome contrast to the overload (geddit?) of festive cheer in December playlists. In fact, New Year manages the rare feat of being a Christmas song that doesn't feel at all contrived.

Darlene Love – All Alone on Christmas

Darlene already has a place in Christmas legend thanks to her festive standard Christmas (Baby Please Come Home) and her cover of Winter Wonderland, but what about this more modern banger? Despite its old-school sixties feel, All Alone on Christmas was recorded for the 1992 Christmas movie sequel Home Alone 2, and was actually Darlene's first UK Top 40 hit, peaking at Number 31. And it is brilliant.

Britney Spears - My Only Wish (This Year)

Originally appearing on an obscure compliation Platinum Christmas, Britney's first and only festive song is soaked in Noughties pop nostalgia. So much, in fact, that a limited run of vinyl singles of the track were released last year, securing its cult status among Britney fans.

Released as the B-side to his Purple Rain single I Would Die 4 U in 1984, Another Lonely Christmas is the equivalent of a booze-fuelled outburst by a distant relative over your roast dinner – relatable for so many of us – so why isn't it a Christmas staple? Much of Prince's catalogue has been added to streaming services over the last two years, so perhaps this will find a following in years to come.

MORE: Every Christmas Number 2 - the songs that just missed out on festive glory

This remake of Connie Francis' single from 1962 was recorded by the Australian singer for Co-Op's Christmas advert in 2008. It peaked at Number 22 on the Official Singles Chart that year and snuck into the Top 100 the year after, but hasn't appeared since. Kylie Minogue also did a version for her 2015 Christmas album, but that didn't make a dent on the chart either.

Hurts - All I Want For Christmas Is New Year's Day

The title of the synthpop duo's festive offering may show some similarities to one of the most popular Christmas songs of all time, but that hasn't helped it on the charts, where it has yet to reach the singles Top 100. It's a shame, because this tearjerker-into-joyful ballad really captures the essence of the season.

20 years after landing the Christmas Number 1 in 1987 with a remake of Brenda Lee's Always On My Mind, Pet Shop Boys released this synth-laden festive song exclusively to members of their fan club. It was given a wider release in 2009 as part of their Christmas EP, reaching Number 40 on the chart.

While we can accept it usually takes a few years for Christmas songs to find success, this Motown-inspired uptempo from Beverley - released in 2020 for the very un-Christmassy-titled film The Loss Adjuster - bangs so hard is deserves a place in the hall of fame immediately.

Cheeky Girls - Have A Cheeky Christmas

Novelty records usually have the shelf life of a dairy product, but Cheeky Girls' fourth and final Top 10 single released in 2003 veers dangerously close to being quite good as far as Christmas songs go. Give this one another chance and let the spirit of Christmas take over.

What have we missed? Tell us in the comments below.