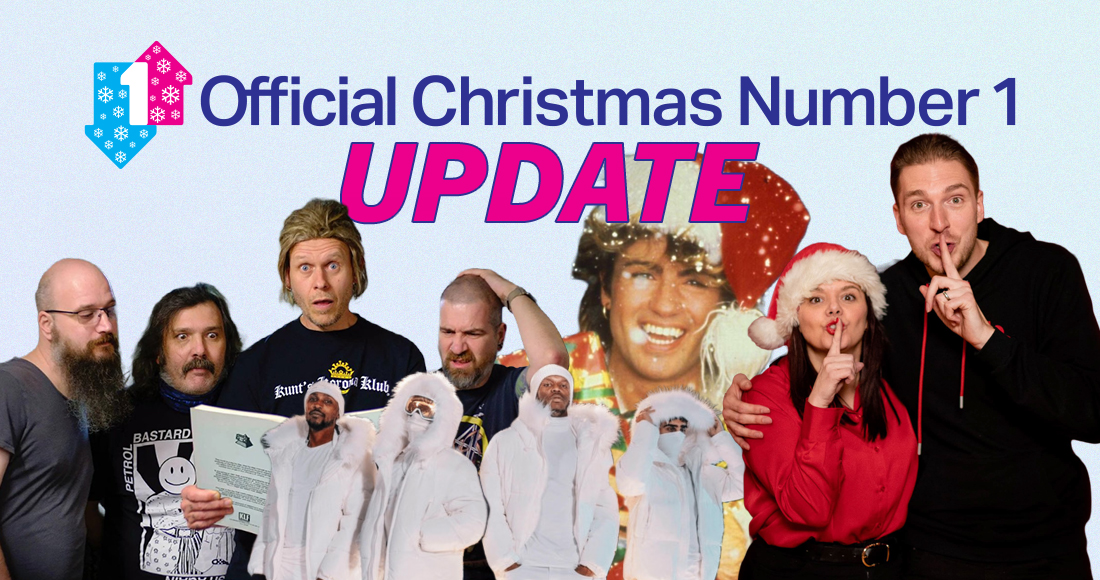 Wham!, The K**ts and Sidemen all make gains today in the race for Christmas Number 1 this coming Friday, and we're forecasting further leaps by tomorrow too, based on data yet to be counted. Will any movement enough to catch up with LadBaby?

Following the start of the week - which saw classic hits by Wham! and Mariah Carey growing day-on-day - LadBaby, comprising married duo Mark and Roxanne Hoyle, are still leading the pack with charity track Food Aid as we the contenders campaign their way through the final 48 hours of the race.

Today, the Official Charts Company can confirm that LadBaby stays 12,000 chart units ahead of its nearest competition, and the UK's current Number 1 single, Wham!'s Last Christmas.

But the 2022 winner isn't a foregone conclusion yet. Overnight, Wham! have added a massive 8,200 chart units to their total, while LadBaby's impassioned push for fans to download Food Aid rolled out a new version featuring Bents Green School.

MORE: The contenders for the Official Christmas Number 1 2022

Today sees two new tracks - The K**ts' anarchic F*ck The Tories (8) and Central Cee's surprise drop Let Go (9) - gatecrash the latest midweek Top 10. The K**ts have managed to reach the Christmas Top 5 for two years running, will they make it a hat-trick in 2022?

Also earning ground massively over the last few days are YouTube supergroup Sidemen with their viral track Christmas Drillings featuring rapper JME. It's looking to be this week's highest climber on the Official Chart Top 40, up 20 places week on week, and up seven since Monday's Official Charts Update alone. Christmas Drillings now sits just outside the Top 20 at Number 21, but hitting the campaign trail hard with HMV in-store signings and more this week, Sidemen could very well be set to shake things up by Friday's final whistle. Just where will they finish? Check out our exclusive interview with Sidemen member Vik and JME here.

The 2022 Official Christmas Number 1 will be announced on Friday, December 23. The full Christmas Top 40 will be counted down on BBC Radio 1's Official Chart Show with Jack Saunders from 4pm.

NOW relive every Christmas Number 1 ever: