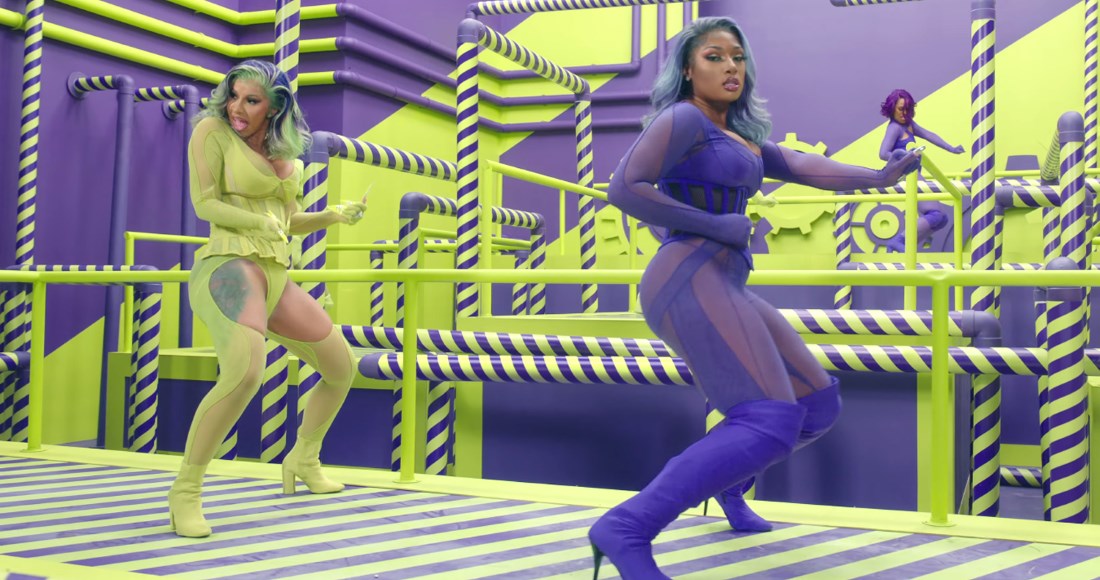 Cardi B and Megan Thee Stallion's reigning chart-topper WAP holds on against fierce competition to make it three weeks at Number 1 on the Official Singles Chart, as Mood by 24kGoldn ft. Iann Dior begins to close the gap.

The track notched up another 60,000 chart sales this week – including 7.9 million streams - to cross the finish line, just 1,350 chart sales ahead of Mood, which holds at Number 2 for a second week.