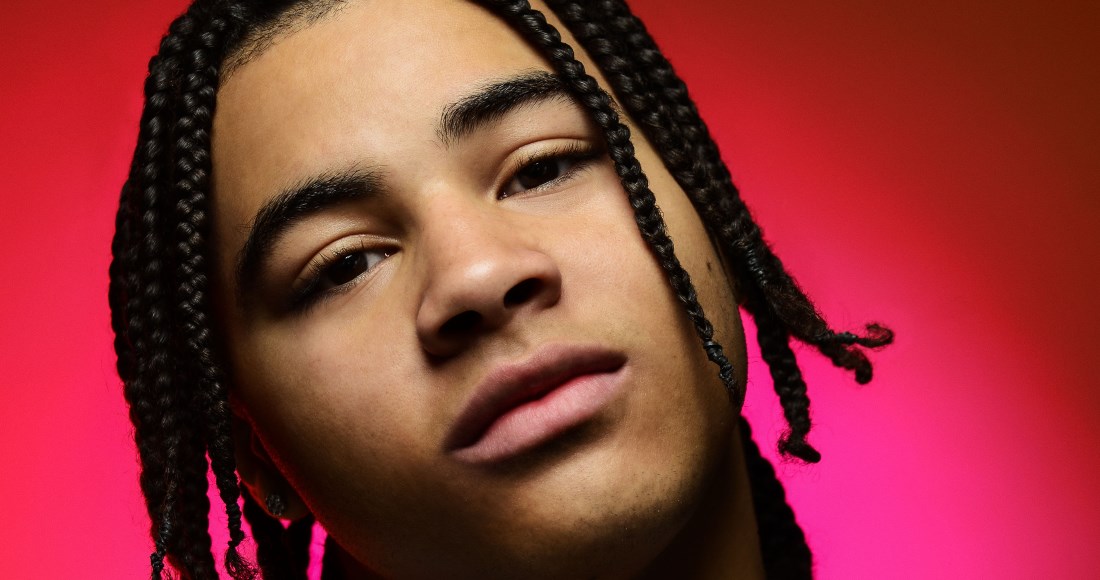 24kGoldn is a star on the rise, and he's sent a video message to OfficialCharts.com to let fans know more about his music, which is sure to become a Top 40 staple for years to come.

Real name Golden Landis Von Jones, the 19-year-old's first hit was in February with Top 30 effort City of Angels, boosted by a dance craze on TikTok. Follow-up Mood with Iann Dior took off on the social platform in even greater fashion, accelerating into the UK Top 10.

There's a clear TikTok theme to 24kGoldn's hit collection so far, as he also has another song concurrently in the Official Singles Chart, literally titled Tick Tock. Proving he has carved out a legitimate place in popular music, Clean Bandit and Mabel have enlisted his talents on the Top 20 hit. With a trio of hits in 2020 so far, 24kGoldn has proved rapidly that he's more than a one-hot wonder and a force to be reckoned with.

With Mood now challenging for Number 1 in the UK, 24kGoldn has connected with us from the US to talk about Mood's success, whether he makes music with TikTok in mind, how he first got into the music business, three albums he was obsessed with growing up, and what his upcoming music could sound like, mashing up hip-hop, emo-rap, pop, trap, rock and R&B.

Get to know 24kGoldn below.