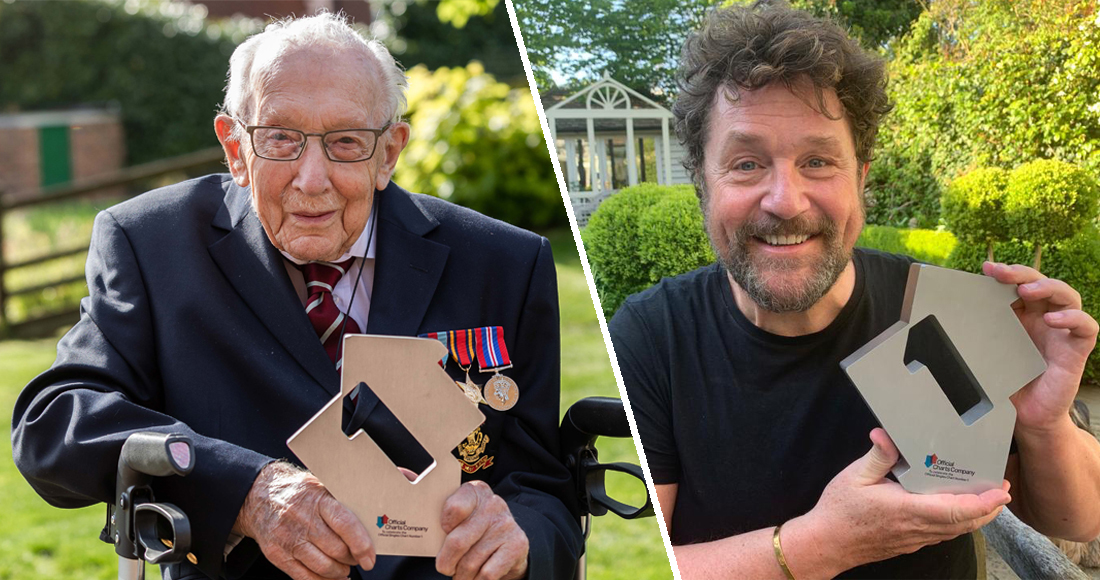 Captain Tom Moore racks up another incredible victory in his quest to raise money for the NHS as his rendition of You’ll Never Walk Alone debuts at Number 1 on the UK’s Official Singles Chart just in time for the 99 year-old war veteran’s 100th birthday, the Official Charts Company can confirm.

The song, with Michael Ball and The NHS Voices Of Care Choir, was released last week on Decca Records, in his continued efforts to help the NHS during the coronavirus crisis. Having already raised over £28 million, Captain Tom has become a symbol of hope and unity across the UK during these uncertain times.

After taking an early lead at the start of the week it looked as if Captain Tom’s closest competitor, The Weeknd’s Blinding Lights, would overtake him at the end of the week – until a tweet from the Canadian star last night asking his fans to support the 99-year-old war veteran just hours before the final whistle helped keep the captain’s chart dreams on course.

You’ll Never Walk Alone clinches this week’s Number 1 spot with combined chart sales of 82,000, with The Weeknd’s Blinding Lights trailing in second place on 69,000. Proceeds from the single go to NHS Charities Together.

Captain Tom Moore said: "[The NHS] have done so much for me and they're doing such a magnificent job at the moment under very difficult circumstances. I think we've got to accept that what's going on at the moment is very serious. I think we must also remember that things will get better. Eventually things will get better and the sun will shine again."

By landing at Number 1 on the Official Singles Chart, Captain Tom Moore and Michael Ball rack up an incredible list of achievements, including a UK chart record:

Martin Talbot, chief executive Official Charts Company, said: "The sight of Captain Tom Moore and Michael Ball at the top of the Official Singles Chart this week should lift everybody’s spirits in these extraordinary times. We are absolutely delighted to see them at the pinnacle and setting new landmarks as they go – including a record as the oldest Number 1 Singles artist of all time.

“It has been a roller coaster week, starting with a big initial lead for Capt Tom, before The Weeknd closed the gap yesterday to almost nothing – before a massive surge in the final day by Capt Tom. Huge thanks to the Weeknd for lending his support at the eleventh hour. But this is Captain Tom’s week – congratulations sir and happy birthday for next week. You are a hero to us all.”

There's another impressive achievement on this week's Official Singles Chart. The BBC Radio 1 Stay Home Live Lounge charity single, a cover of Foo Fighters’ Times Like These by the Live Lounge Allstars – featuring Dua Lipa, Chris Martin, Bastille and AJ Tracey and many more – enters the Top 5 at Number 5 less than 24 hours after its release. More on that story here.

Britain’s Got Talent star and paediatric nurse Beth Porch enters at Number 25 with You Taught Me What Love Is following her emotional audition on last week’s show; DaBaby’s Rockstar ft. Roddy Ricch is new at Number 29; Part Of The Plan by Nafe Smallz ft. M. Huncho lands at 38; Gerry Cinnamon’s Where We’re Going zooms 51 places to Number 39 to become his first UK Top 40 single.