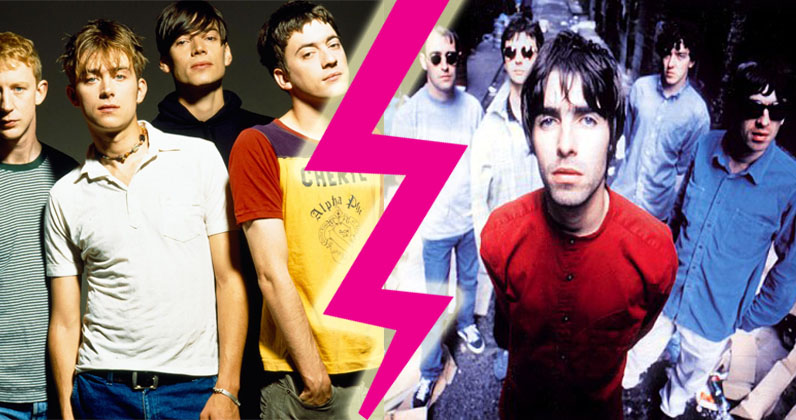 25 years ago, Britpop giants Blur and Oasis battled it out on the Official Chart to claim the top spot and be declared the biggest band in Britain.

Dubbed the Battle of Britpop, the race to Number 1 between Blur's Country House and Oasis' Roll With It in August 1995 was a one of the most - if not the most - famous battles in Official Charts history, dividing the nation and even making national headlines.

While we all know how it ended (Blur took the crown by a margin of 50,000 sales), it remains not only one of Britpop's defining moments, but one of the most exciting and memorable battles in Official Charts history. See the Top 100 from the week here.

To celebrate a quarter century since the famous race to the top, we've looked back at seven more chart scuffles, ranging from the unforgettable, to the controversial and downright bonkers.

Joe McElderry vs. Rage Against The Machine 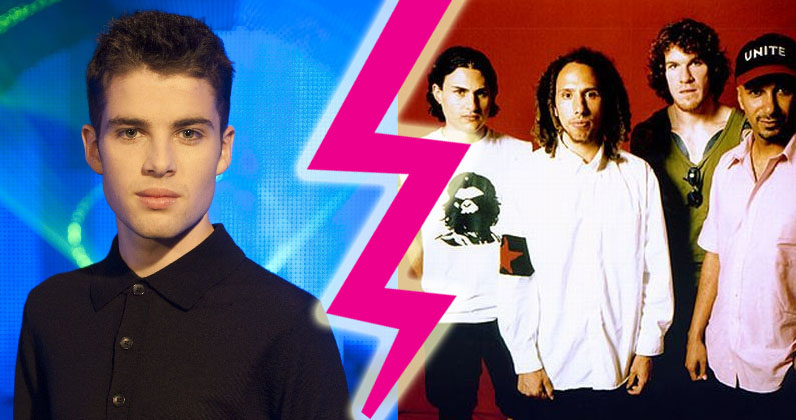 After four years of X Factor winners taking the Christmas Number 1, a Facebook campaign started by Jon Morter and his wife Tracy was set up to derail the 2009 series winner from taking the top spot yet again. The song of choice? Rage Against The Machine's Killing In The Name; a track Moter described as the "perfect antithesis to anything X Factor would put out".

The Sex Pistols vs. Rod Stewart

One of the most controversial battles in Official Chart history came in June 1977, when The Sex Pistols released their anti-establishment anthem God Save The Queen to coincide with the Silver Jubilee. It was held off the top spot by Rod Stewart's double A-side of I Don’t Want to Talk About It/First Cut is the Deepest. As if losing the battle wasn't bad enough, the song was then banned for its lyrical content by Radio 1 and Woolworths. See the Top 100 from that week here.

Girls Aloud vs. One True Voice 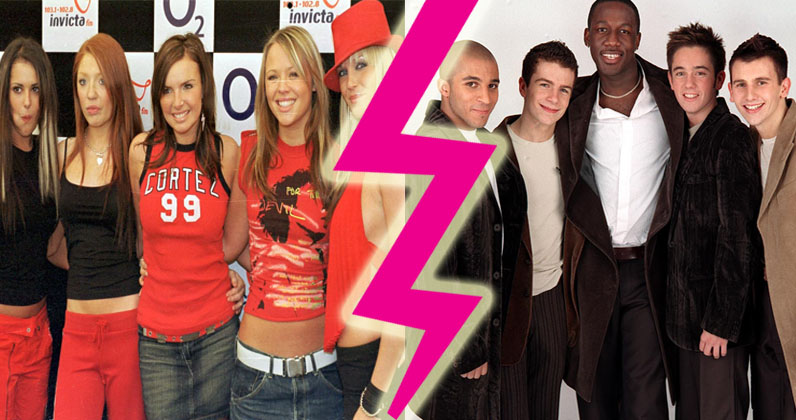 In a stroke of TV format genius, the winning groups of ITV's Popstars: The Rivals were put head to head in the race for Christmas Number 1 in 2002. In an age where boybands ruled, One True Voice seemed like the the obvious winners from the outset. Plus, it was assumed a Saturday night TV audience would be more likely to support – and swoon over – the traditional style of One True Voice.

But it was the girls' infinitely superior Sound Of The Underground that won over the boys' double A-side of Bee Gees cover Sacred Trust/After You're Gone by more than 65,000 copies. In fact, the public liked the song so much more than it spent a total of four weeks at the top. See the Top 100 from that week.

The Beatles vs. Englebert Humperdinck

One of the earlier battles in Official Charts' history, The Beatles faced unexpected competition from newcomer Engelbert Humperdinck in March 1967. Fans were shocked when The Hump's debut single Release Me took the top spot ahead of the Fab Four's double A-side Strawberry Fields Forever/Penny Lane. Though it wasn't quite as surprising as his Eurovision comeback some 45 years later... 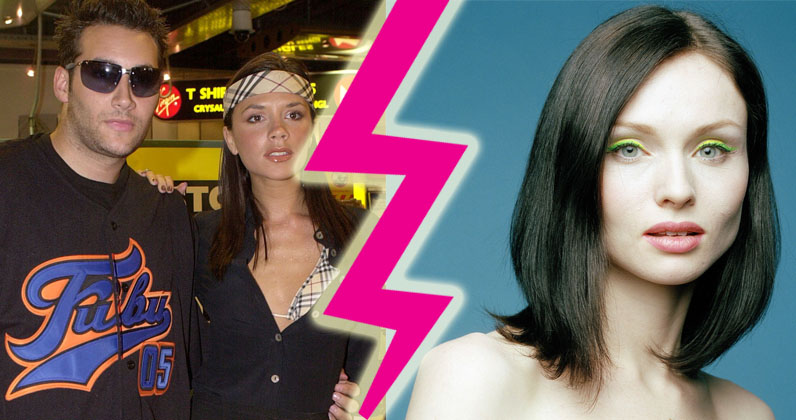 Back in summer 2000 Victoria Beckham launched her solo career with Out Of Your Mind, aided by former Another Level singer Dane Bowers and garage duo True Steppers. It was released the same week as Groovejet, a popular club hit by Italian DJ Spiller and a then-unknown Sophie Ellis-Bextor. This didn't go unnoticed by the press, and a chart battle ensued. After a close race all week, it was Spiller and Sophie who came out on top, finishing 20,000 sales ahead. It was the closest VB would ever come to a solo Number 1.

Over on the Official Albums Chart, rap heavyweights Kanye West and 50 Cent struck up a fierce competition back in 2007. The former's third album The Graduation went head to head with 50's Curtis, with the latter claiming he would retire from making music if West outsold him in the first week. "I'll write music and work with my other artists, but I won't put out any more solo albums," he said.

Of course, when West pipped him to the post by almost 13,000 copies (and considerably more than that in the US), he later qualified those remarks, saying he was happy with the performance, but "not happy with the set-up. It was the label. They're dropping the ball all over the place. I'll release my next album and then I'm a free agent."

Eminem vs. Bob The Builder 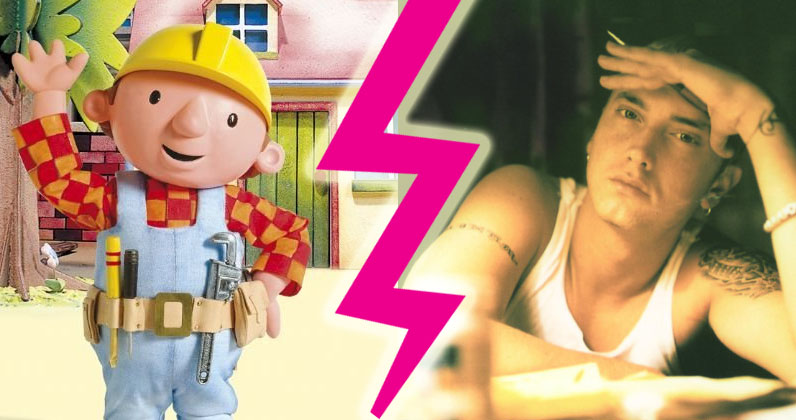 Two acts who are worlds apart (literally) found themselves battling for Number 1 on the Official Singles Chart in December 2000. On one side, Eminem's chilling Stan, on the other, the theme song from kids TV show Bob The Builder Can We Fix It?.

After a close race all week, Eminem finished ahead of Bob by less than 10,000 copies. Bob would later have the sweet taste of victory himself, topping the chart the following week for three weeks - even breaking Westlife's seven-strong streak of chart-toppers when What Makes A Man had to settle for Number 2.