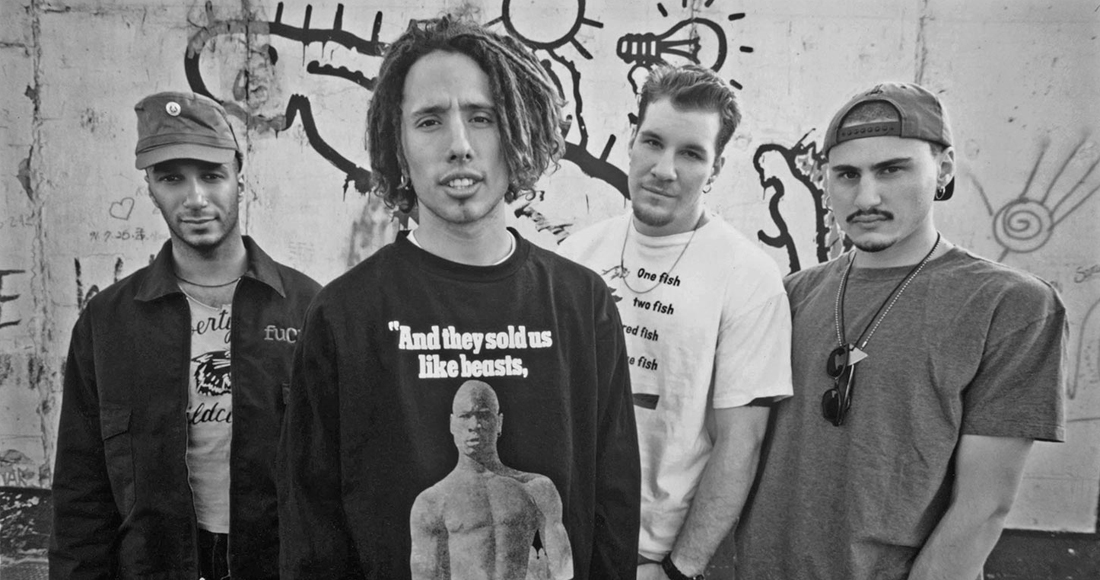 Rage Against the Machine is an American rock band from Los Angeles, California, first formed in 1991, consisting of vocalist Zack de la Rocha (born January 12, 1970 in Longbeach, California), bassist and backing vocalist Tim Commerford (born February 26, 1968 in Irvine, California), guitarist Tom Morello (born May 30, 1964 in Harlem, New York), and drummer Brad Wilk (born September 5, 1968 in Portland, Oregon). Rage Against The Machine formed from the remnants of Tom Morello’s hardcore outfit Lock Up, where he joined up with Zack and Tim, and brought in Brad to work on a new band, and named themselves after one of Zack’s first songs. Rage Against The Machine set about smashing the system from within, signing with Sony’s Epic Records, and their 1992 self-titled debut album became a word-of-mouth hit across the US and UK. Rage Against The Machine’s political activism and beliefs has seen them get in trouble with various forces over the years, with such songs as Bulls On Parade, Sleep Now In The Fire, Bullet In The Head and the UK Official Singles Chart Number 1 Killing In The Name, which was returned to the chart 16 years after original release to teach that dastardly Simon Cowell a lesson and deny X Factor winner Joe McElderry scoring the 2009 Christmas Number 1. Rage Against The Machine originally ceased trading in 2010 and reformed in 2019 for a world tour in 2020.

Latest news about Rage Against The Machine