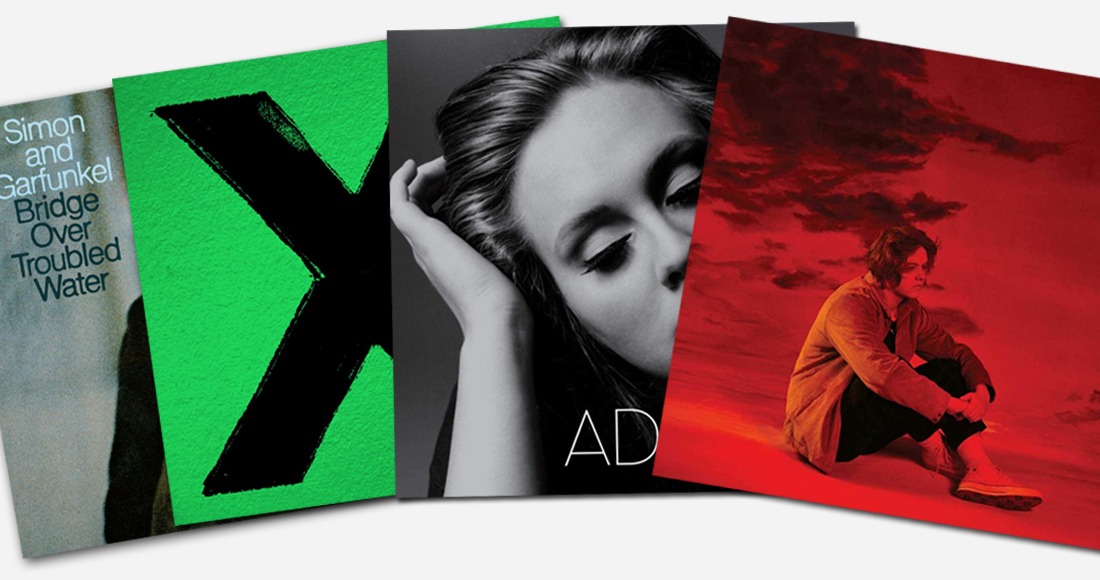 Every so often an album comes along and captures the hearts and ears of the British public, cutting through beyond the act's immediate fanbase to fully ingrain itself in to popular culture.

The most recent example is Lewis Capaldi's debut record Divinely Uninspired To A Hellish Extent, which returned to Number 1 on the Official Albums Chart on its first birthday in May 2020, claiming a tenth week at the summit. Since then, the album is still yet to leave the Top 10, has surpassed one million chart sales, and now has claimed an Official Chart record.

Spending an unbroken 77 weeks in a row in the Top 10, Lewis' DUTAHE has now surpassed Ed Sheeran's ÷ for the most consecutive weeks in the Official Albums Chart Top 10 for an album by a solo artist. It has also claimed more successive weeks in the Top 10 than the likes of Adele's 21 and Sam Smith's In The Lonely Hour.

Here's the full list of albums that have spent 52 weeks (one year) or more consecutively inside the Top 10.

MORE: Albums with the most weeks at Number 1 on the Official UK Albums Chart

Only 11 of the 20 are artist albums, with the other half being cast recordings or soundtracks that were once eligible for the Official Albums Chart. In the case of the Top 5 albums, they were released in the late 1950s, when the UK albums chart was limited to a Top 10, and 1960s, when it was expanded to a Top 20.

The first artist album to really hold its own in the Top 10 was Simon & Garfunkel's A Bridge Over Troubled Water, released in 1970 (when the chart was a Top 60) and a true phenomenon, logging 33 weeks at Number 1 and 135 weeks inside the Top 10, a staggering 92 of which were consecutive.

Two more debut albums feature: Sam Smith's In The Lonely Hour from 2014 logged an impressive 69 consecutive weeks in the Top 10, while Emeli Sande's Our Version Of Events, released in 2012, scored 66 straight weeks, including ten at Number 1.

MORE: The albums that have spent the longest in the Official Albums Chart Top 10 (non-consecutive)