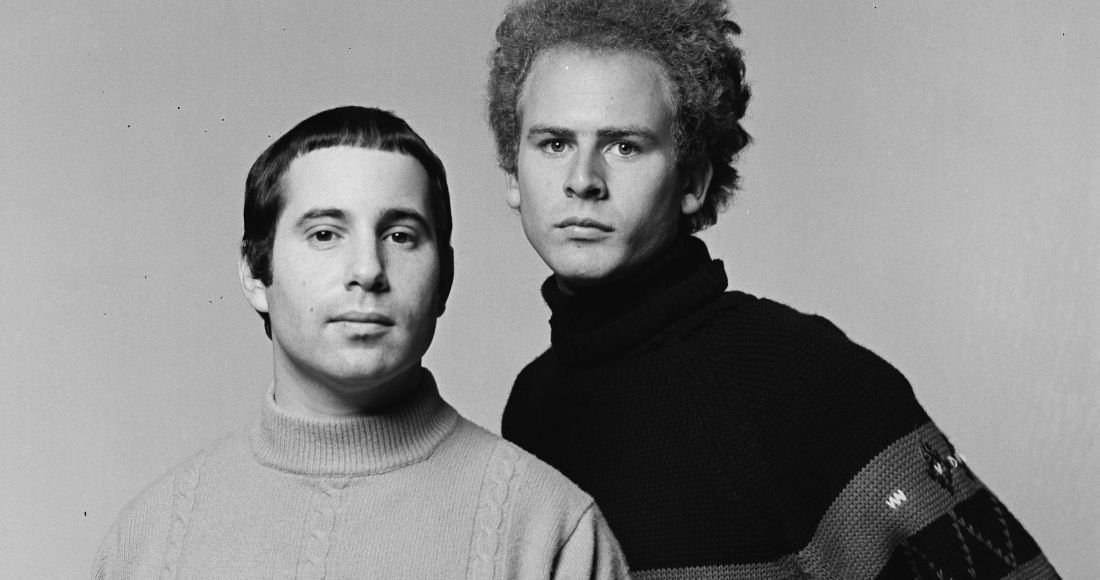 Simon & Garfunkel were an American folk-rock duo consisting of singer, songwriter and musician Paul Simon (born October 13, 1941 in Newark, New Jersey) and singer Art Garfunkel (born November 5, 1941 in New York City). Simon and Garfunkel first met at school in Queens, New York in 1953, and by 1957 they’d formed a duo called Tom & Jerry. Simon & Garfunkel properly came into being in 1963 when they signed a deal with Columbia Records but split after their debut album Wednesday Morning, 3 A.M. did nothing, and so both went on solo careers. Simon & Garfunkel started to gain interest when their song The Sound of Silence became a radio hit, and so they reformed again in 1966. Simon & Garfunkel scored the first of two UK Official Album Chart Number 1s with Bookends in 1968, the other being 1970’s Bridge Over Troubled Water, which went on to sell over 25 million copies and become the biggest-selling album of the 1970s, the title track of which also became a UK Official Singles Chart Number 1 that year. Simon & Garfunkel essentially ceased to exist in 1971 after winning six Grammy Awards including Album of the Year, and did occasionally reform to no avail throughout the decade, but reunited more successfully in 1981 for a free concert in New York which was released as an album The Concert in Central Park in early 1982. Both Simon & Garfunkel have had their differences with each other, with rifts opening up between them at the drop of a hat, and despite Garfunkel claiming that the duo would possibly tour again in 2014, Simon announced his own retirement from live performance in 2018 which put an end to that.
View Comments
comments powered by Disqus