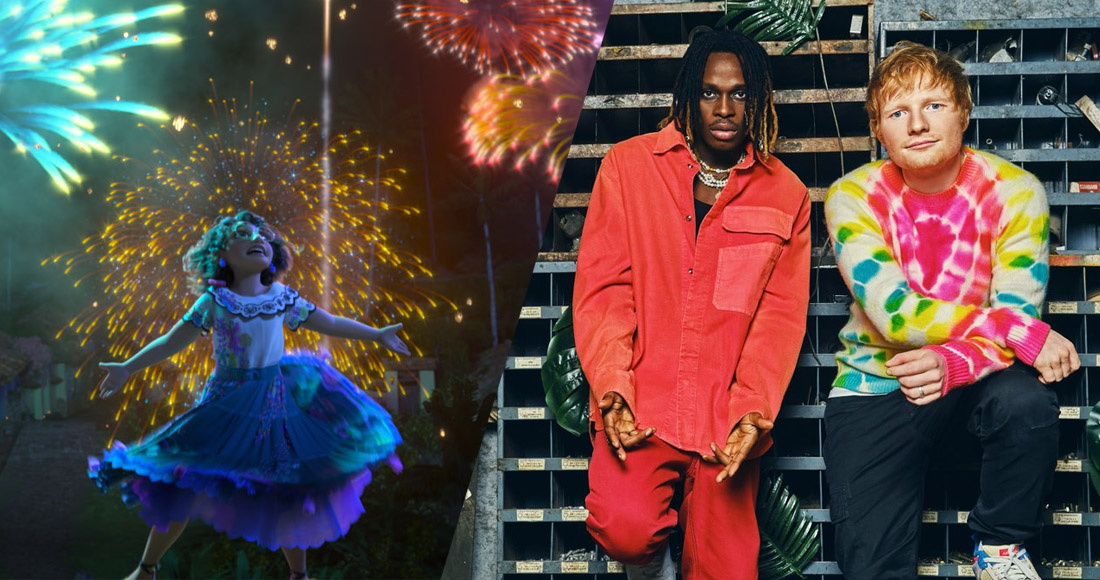 We Don’t Talk About Bruno from Encanto holds at Number 1 on the Official Singles Chart, denying Peru by Fireboy DML & Ed Sheeran this week’s place at the top.

Despite a strong challenge from Afrobeats hit Peru, the first-ever original Disney song to reach Number 1 maintains its position for a second week, thanks once again to strong streaming figures. Of its 55,700 chart sales this week WDTAB’s total is made up of 96% streams, with 7.6 million streams over the last 7 days.

While they may not have clinched this week’s Number 1 position, Fireboy DML & Ed Sheeran do climb two places to Number 2 with Peru, including 11,200 of its chart sales this week made up of pure sales across CD single and digital download.

Meanwhile, Surface Pressure by Jessica Darrow, from Encanto, is up one to Number 4, while fellow Encanto track The Family Madrigal by Stephanie Beatriz & Olga Merediz, climbs four to a new peak at Number 11.

Dublin’s Belters Only collective jump four places to 13 with Make Me Feel Good ft. Jazzy, Down Under by Luude ft. Colin Hay rises three to Number 16, and rising Liverpudlian rapper Hazey jumps eight places to Number 18 with Packs and Potions.

Further down, the late Meat Loaf claims two places in this week’s Top 40 following his death last week aged 74. The larger-than-life entertainer returns to the chart with Bat Out Of Hell (26) and 1993 chart-topper I’d Do Anything For Love (But I Won’t Do That) (32).