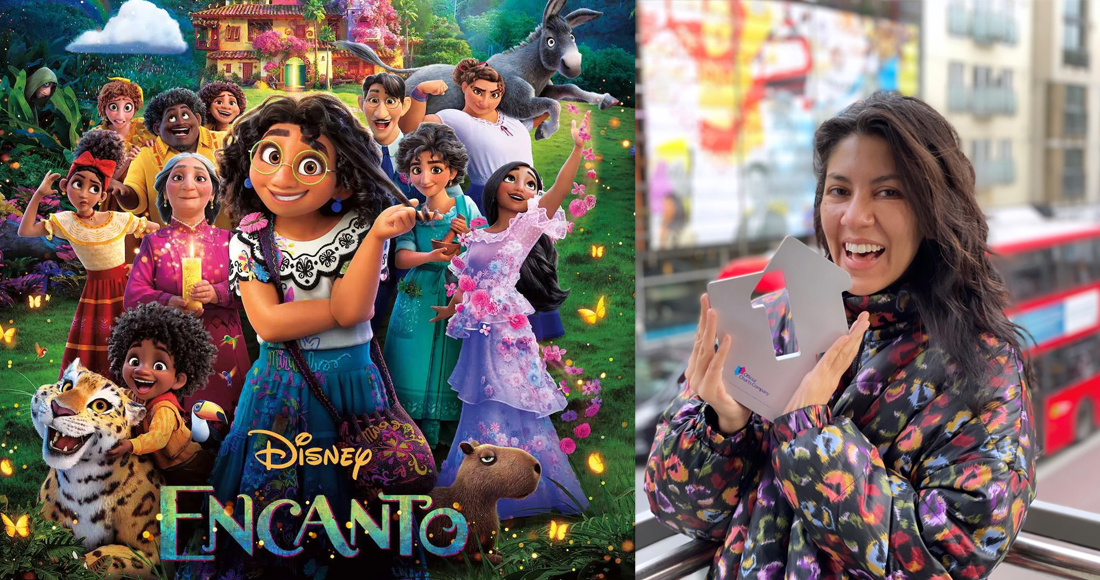 In a chart first tonight, We Don’t Talk About Bruno, from the new hit Disney musical Encanto, soars to Number 1 on the UK’s Official Singles Chart - becoming the first ever original Disney song to do so in the chart’s 70-year history, the Official Charts Company can confirm.

Racking up 6.3 million streams in the UK this week, We Don’t Talk About Bruno marks both Disney’s and composer Lin-Manuel Miranda’s first ever original soundtrack song to reach Number 1 on the Official Chart. 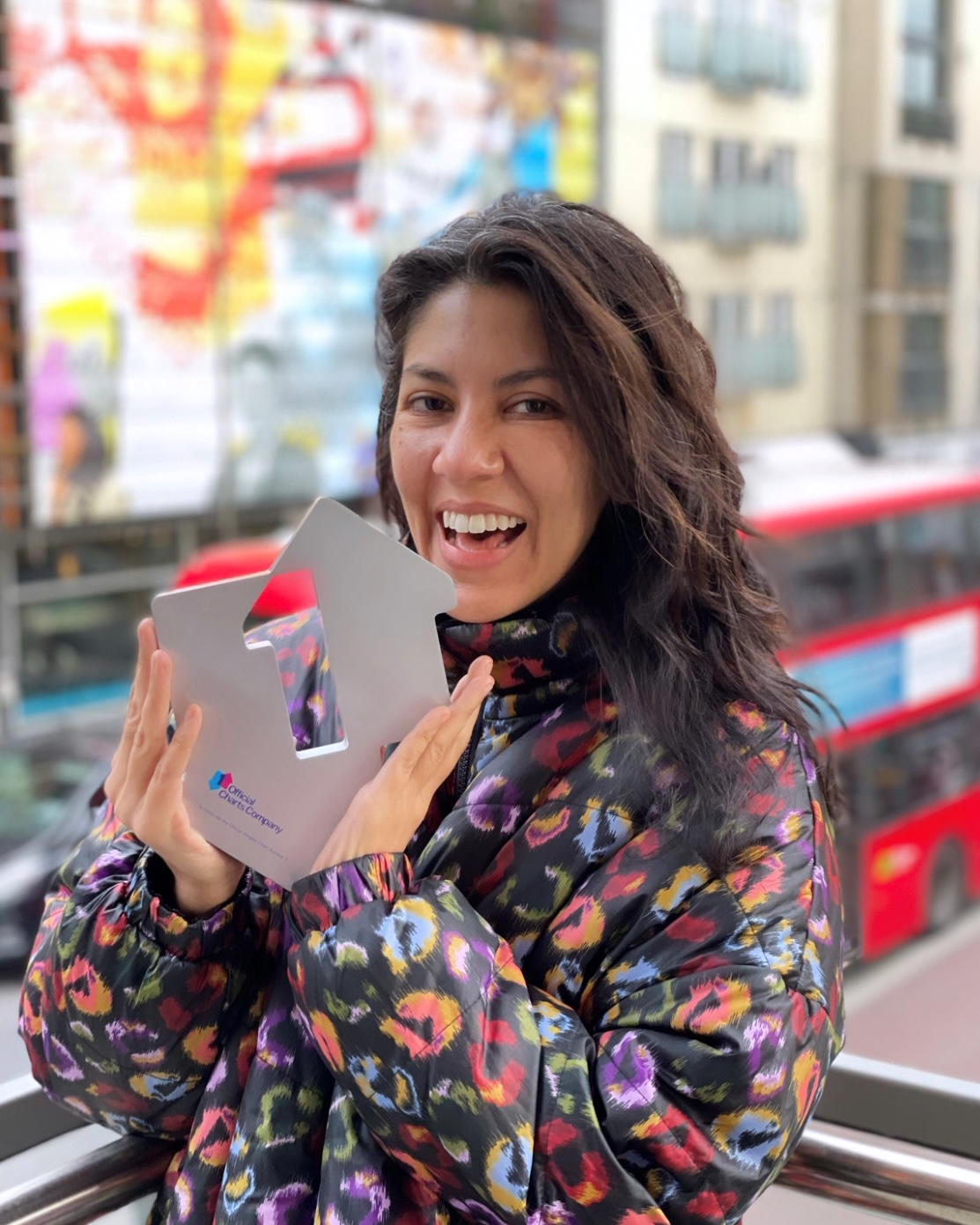 Stephanie Beatriz who voices Encanto character Mirabel Madrigal, pictured in London today with her Official Number 1 Award from the Official Charts Company for We Don’t Talk About Bruno.

"It’s another captivating, infectious track written by Lin Manuel Miranda and we’re so proud of the success of the movie and soundtrack. Not forgetting ‘Surface Pressure’, another hit from the soundtrack which is in at Number 5 also. Having two tracks in the Top 5 is more than we ever could have expected.. may the success continue!”

Encanto’s soundtrack also secures two more places in the Top 20 this week, with Surface Pressure by Jessica Darrow at a new peak of Number 5, and The Family Madrigal by Stephanie Beatriz & Olga Merediz up 14 spots to Number 15.

A tale as old as time, Disney music has a long history on the Official Chart, with many notable hits breaking the Top 40, including songs from Frozen, Beauty & The Beast, The Lion King, Pocahontas, High School Musical and more. Gareth Gates' cover version of Suspicious Minds from the soundtrack to sci-fi comedy animation Lilo & Stitch reached the top spot back in October 2002, but We Don't Talk About Bruno from Encanto claims the title of the first original Number 1 Disney hit.

Last week’s Number 1, Gayle’s abcdefu, falls to Number 2, but remains the most downloaded single of the week in the UK. Rising two spots to Number 4, Fireboy DML and Ed Sheeran’s Peru achieves a new peak.

Meanwhile, Belgian DJ Lost Frequencies and singer Calum Scott continue their upward trajectory on the chart with Where Are You Now. The dance track vaults up six spots to a new peak of Number 11.

This week’s highest climber is courtesy of Belters Only - a Dublin-based collective of DJs headed by Bissett - whose track Make Me Feel Good featuring Jazzy flies 18 places to a new peak of Number 17, while Adele’s Oh My God bounces six to Number 18, following the release of the track’s new music video. It previously peaked at Number 2.

MORE: All the Official Number 1 singles in the UK

Also rising this week, Australian dance artist Luude’s Down Under ft. Colin Hay - a reworking of Men At Work’s 1981 song of the same name - reaches a new peak at Number 19.

Further down, UK rapper Hazey earns his first ever UK Top 40 entry with viral hit Packs and Potions debuting at Number 26, while Eazy, the new track from The Game & Kanye West - enters at Number 32. It’s The Game’s seventh Top 40 hit and Kanye’s 48th.